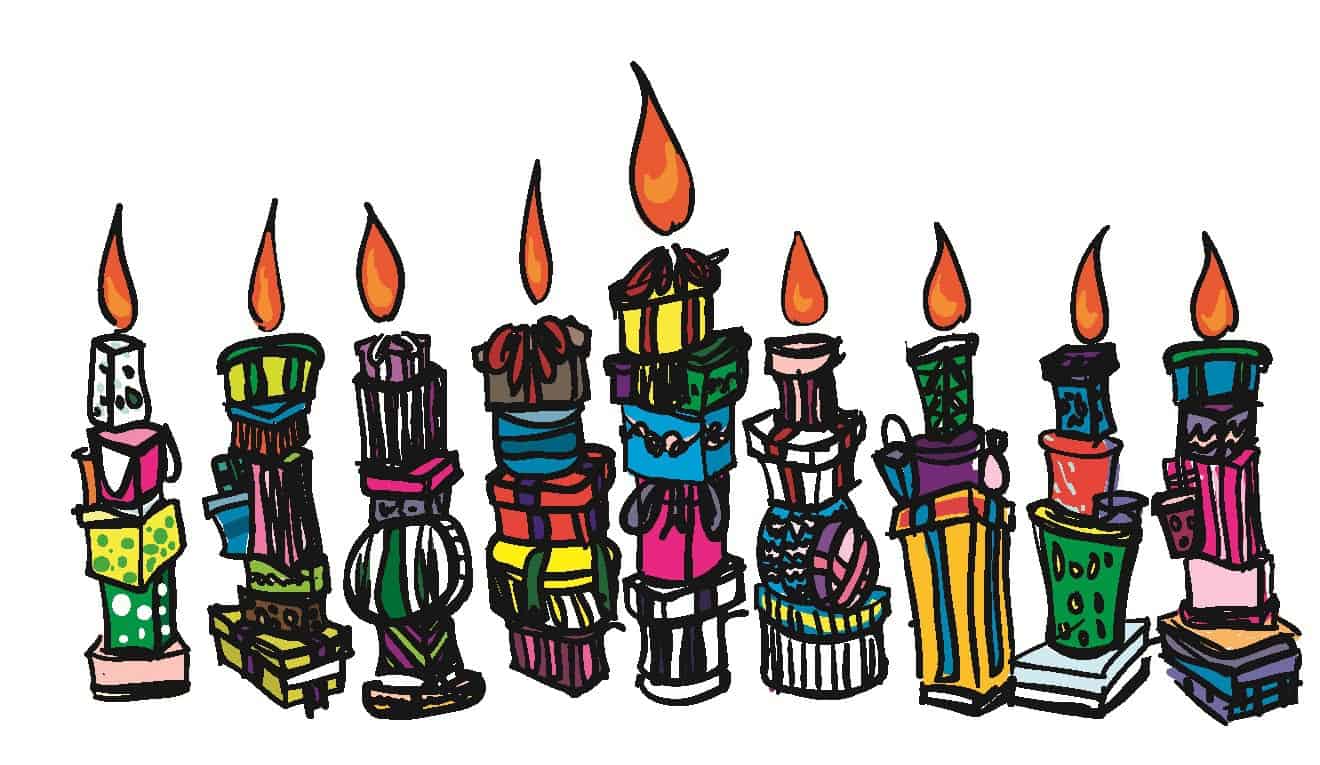 Cataracts, Shopkins, and Dr. Strange – Electing to See Beyond

The third Hebrew month of Kislev is soon upon us, and with that – no matter how you spell it, – Hanukah, the festival of lights is coming. Many of my friends know that I love to connect seemingly disparate topics, so here goes. Having recently gone successfully, thank G-d, through two eye surgeries; I am ‘looking forward’ to seeing life with added clarity. A few weeks ago, I spent Shabbat with some dear friends, and was exposed by a seven year old to the recent toy phenomenon of Shopkins. The week before I went with another good friend to see the trippy movie, Dr. Strange. Throwing these three experiences into a pot boiling with November 8th emotions, I present the following ‘cholent.’

Jewish mystical teachings point out that creation consists of three – rather than two – sides to every story. The difference this outlook makes is enormous. It is not just about a more inclusive number. It is about seeing beyond visible or beyond even quantum reality to the heart and soul of the universe, the Oneness and the pervasiveness of G-d’s Presence. This Oneness is not about a number; it is about a uniqueness of Being which creates, perceives, interacts, and responds from a place beyond the Bet, the two-ness of Bereisheet, creation. Let me explain how this third, more inclusive viewpoint, affects my above three experiences.

First, the third element in a more encompassing optical vision than ‘right and left’ eye perception, is about seeing everything from a place of higher consciousness, while at the same time, being able to act correctly in the smallest areas of life. The complexities of the physical eyes would mean little without the brain that connects and provides meaning and context to what the eyes can see. The brain is the inner organ which creates bipolar vision and allows the two eyes to function in cooperation rather than competition. As I can feel my two ‘new’ eyes trying so hard to work together, I am reminded of Hassidic teachings that the third part of the soul, the Neshama, resides primarily in the brain.

Next, I see the third element in the Shopkins’ success as related to the creativity and imagination and harmonious interaction that children bring to these miniatures. It is taking what might otherwise be seen as a mode of indoctrinating consumer values in children, and turning it instead to a way that kids can work and play together. How does this collaboration happen? Each tiny Shopkins object is different in a big or small way from each other. The only shared feature they all have is a pair of sweet little eyes! To me these eyes represent in each individual Shopkins figure, an animated spirit that connects and surges through them all – and the children who play with them. The Kabbalah proclaims that nothing in the world could exist without letters of creation providing a constant life force. The creations themselves are not divine – that would smack of idolatry – but they are enlivened by the Divine. And in the Shopkin figures, this underlying current of life is expressed through the eyes, even in mundane things.

When I was young, being an only and rather lonely child, I would collect objects, like coins, or rocks, and play with them as living beings. I thought I was weird, until I learned in my early teens the mystical concepts that, as Julie Andrews would sing, even ‘the hills are alive with the sound of music.’ It was a matter of ‘seeing’ beneath the surface of things. Even now, when I sometimes feel overwhelmed by ‘stuff’ and things to do with physical items, I ‘pretend’ that they are responsive to my thoughts and feelings and are grateful for my interactions with them. If technology now has ways to measure subtle responses in animals and even plants, who is to say that someday that won’t be possible with inorganic matter! In fact, for a long time, we have known that crystals and jewels can be repositories of information and energy. There are many Hassidic stories of holy people being sensitive to the feelings or vibes of people who cooked for them, prepared their beds, etc. Those people left their ‘energy’ in those objects, and holy personalities could feel them. Look into the ‘eyes’ of dozens of Shopkins and you may get my drift.

Lastly, the third-ness of Dr. Strange is expressed in several ways: in his willingness to overcome his own narcissistic nature, in his eventual openness to a deeper reality than the material world, and in his dedication to fighting dark forces that use those deeper realities for power and control, rather than service to a transcending cause. Above and beyond the dazzling special effects, stands his laborious and complex Teshuva process. There is a clear transformation of his breaking the constricting mold of self-worship, in whatever forms that worship took. The movie is a fantasy which points to a true life process. As both the Baal Shem Tov and the Vilna Gaon are quoted as saying: ‘It is easier to learn through the whole of Talmud than to improve one character trait.’

Some striking lines in the film highlight this journey. A few examples from comments by his various teachers: ‘Forget everything you thing you know.’ ‘It’s not about you.’ ‘We never forget our demons; we only learn to rise above them.’ And of course, there is the very Kabbalistic question: ‘Who are you in this vast multi-verse, Mr. Strange?’ The ending is not totally satisfying. Unlike a single heroic film, or, l’havdil, a Messianic promise that ‘death will be swallowed up forever,’ and evil will be transmuted, the movie leaves some loose ends for possible sequels. Nonetheless, the battle between ‘good and evil’ would be both endless and meaningless without a higher awareness and an awareness of something higher that encompasses and ultimately unites and harmonizes the two. Part of the process is to recognize that what looks good can still be flawed, and what looks bad, can still be redeemed. And this discernment is possible only if one is mindful of a third, all-encompassing Presence.

Of course in life we need to distinguish between what’s real and what’s imaginary, but if we are aware that ‘there are more things in heaven and earth’ than all human philosophies can explain, we will be more open to the Torah’s eternal arrows of depth perception. The common impact of this film for me personally is to take my life and the effect of my acts, feelings, and even thoughts, more seriously. Small acts of kindness, focused words of prayer, and, to borrow a phrase of Leonard Cohen, A’H, ‘blazing lights’ of Torah ideas, all have cosmic repercussions, and can lead to a better world! Is it mere coincidence that the best way to see these kinds of movies is in ‘3D?’

In summary, there has to be a ‘third way’ perspective that bridges and incorporates, rather than divides, what otherwise seems to be two opposite sides.

When I was in Denver, Rabbi Friedman of the DAT minyan, made an astute observation. He said that if current mass media purveyors had been around in the lifetime of Abraham, they would probably have been critical of everything he said and did. Some would fault him for being too involved in other people’s affairs and some for not being involved enough; some for his being too passive, some for being too active. And some would criticize him for being too much of a hawk, and some for being too much of a dove. As long as the world is polarized between opposites, there can never be a resolution. One person, Abraham, who stood on ‘the other side of the river,’ did not choose any side without G-d as his guide.

Reflecting on the events this November, I believe that the future of America and of the world will come from the radiant vision of ethical Monotheism streaming into history by our ‘first family,’ Abraham and Sarah. May the light of the coming Hanukah truly open our eyes to not only seeing in spite of the dark, but to calling on the dark to see that it too is a Divine creation, and it should start acting accordingly. The sun and the moon may reflect and model two polarities, but the prophet Isaiah provided us with a vision of the future: ‘The sun will no longer be for you the light of day and brightness and the moon will not illuminate for you. G-d will be an eternal light for you’….Let’s begin by shining a little of this light in each of our corners. Happy Hanukah!

I have been teaching Torah and Chassidic writings for over forty years to students of all ages and backgrounds, both on the East Coast and the Midwest. I have been a director of several Jewish organizations in Santa Fe and Colorado. My articles and poetry on a wide variety of Jewish topics have been printed in many publications, and also are available online.
Previous Boulder City Council Votes 7-2 to Approve Nablus Sister City
Next Teens: Join BJTI’s Mitzvah Day 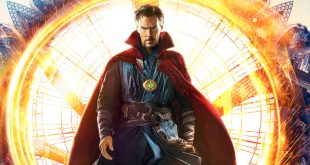