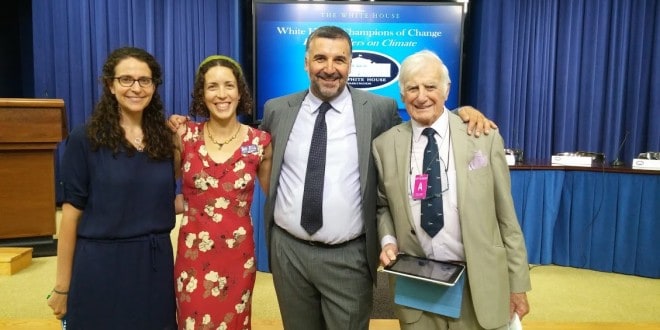 Rabbi Marc Soloway July 23, 2015 Guests and Blogs Comments Off on From the White House to the USDA and Back to Boulder

I still have not fully processed this amazing honor bestowed on me by the White House as a Climate Faith Leader Champion of Change!  I am proud, of course, but also very deeply humbled, as not only was I in the company that day of remarkable activists, but I also was standing on the shoulders and at the feet of gedolim, giants, who have been working in the Jewish environmental movement for decades and have been such role models for me.  I felt profoundly, as the only rabbi in this group of honorees, that I was receiving it in partnership and on behalf of so many activists, farmers, foodies, rabbis and educators, as well as organizations like Hazon, Ramah of the Rockies, the Boulder JCC, Red Wagon Organic Farm, Beit Izim, our Jewish Goat Co-op, and, of course, Bonai Shalom.  I was so thrilled to have as my three invited guests my 88 year old father, Judith Belasco, Director of Programming for Hazon and the nation’s only Director of Farming and Sustainability at a JCC, Boulder’s own Farmer Becca Weaver!

Many of us that day were secretly hoping that the President or First Lady would make a surprise appearance at the end to congratulate us in person, but we could not have been more thrilled with the closing remarks of Gina McCarthy, the administrator of the EPA (Environmental Protection Agency.)  A powerhouse of a woman who stood as a testimony to the passionate and courageous work being done in government, beyond the dubious and corrupt world of partisan politics.  Her commitment to cleaning up the environment in partnership with others and her encouragement of our grassroots work were inspirational!  When, at the beginning of her speech, she singled me out by name and praised the zero waste and local agriculture initiatives in Boulder, I nearly fell out of my chair!

Yes, regardless of any role I may or may not have played in all of this, Boulder’s Jewish community is on the national map now as doing something significant and special.  The JCC, our CSA, our solar powered Ner Tamid and, of course, our chickens and goats, have been talked about in the White House and in the offices of the USDA!  For me, this whole experience is certainly not about getting lost in pride and complacency at this national recognition, but a charge to call us to action that now the work really begins.  Now we have the opportunity to live up to our somewhat exaggerated reputation and become a model of a sustainable community for real! The 12 Champions of Change were divided into two panels; the first on “Greening Communities of Faith” and the second on “Faith Advocacy for Climate.”  These panels were punctuated by impressive speakers; along with the EPA’s leader Gina McCarthy were Christy Goldfuss, Managing Director at the White House Council on Environmental Quality, Reverend Al Sharpton (no intro needed!) Brian Deese, Senior Advisor to the President on climate and Dr, Jonathan Reyes from the US Conference of Catholic Bishops. Pope Francis’ stirring Encyclical, Laudato Si, released at the end of May 2015, powerfully acknowledges climate change and calls for an integral ecology.  We were reminded that President Obama has had climate change on his agenda since his inauguration and that his administration has made significant progress and continues to prioritize these issues, in spite of the polluted political climate on the Hill!

My fellow honorees included Catholics, Evangelicals, Muslims and a Hindu, a hip hop minister and the founder of Green Ramadan.  Reverend Lennox Yearwood, dressed in a black suit, dog collar, sneakers and a black baseball cap with the name Eric Garner in bold white letters, powerfully and poetically connected the climate change movement to the Black Lives Matter movement, using Garner’s “I can’t breathe” as a call that none of us can breathe toxic air and that 8o per cent of African Americans live within 30 miles of a coal fired power plant, spitting carbon pollution into the air.

Truthfully, I felt woefully inadequate as I sat on the panel and spoke of some of what we had done in Boulder and what Hazon has achieved nationally, but as the afternoon went on, I realized that although we are arguably just beginning, our grassroots work around food and sustainability has been groundbreaking, even if it is not unique.  Many have played such important roles in all of this, including all of the founders of our chicken and goat co-ops, the site coordinators and committee members of the CSA, Bonai’s Social Action Committee, Debbie Garelick, founder of our green team, who I especially acknowledge because she nominated me for this White House honor!  There is no doubt that together we are all champions of change, however small the changes may seem.  Something about the food aspects of all this really caught people’s attention that day, and at the end of the event in the White House, a woman from the USDA (United States Department of Agriculture), who was in the audience, approached me and invited me to meet some people in her office.  I admit my prejudice towards the USDA and cynicism of their apparent support of huge agribusiness over small, organic farms, but the meeting I had two days after being in the White House really challenged my previous assumptions.

learned that the USDA was originally founded by Abraham Lincoln as the “Peoples’ Department,” because at that time something like 80 per cent of Americans were farmers!  Now the impressive buildings near the National Mall that house the USDA occupy about eight city blocks and there 115,000 employees and an annual budget of about 120 billion dollars.  These staggering numbers were told to me by Norah Deluhery, the director of Faith-based and Neighborhood Partnerships, who also told me that 80 billion of that funds SNAP (Supplemental Nutrition Assistance Program) giving one in seven Americans food stamps.  My meeting was with Norah, her secretary Kathryn, as well the deputy director Marcus Brownrigg and his intern.  They were very interested to hear about our interfaith CSA, now a partnership of 3 synagogues, 2 churches and the JCC, along with our wonderful farmers and our animal co-ops.  I was very impressed to hear about some of what this department is doing in support of urban and community farming projects and programs like EBT (Electronic Branding Transfer) initiatives that help people on food stamps buy food from farmers’ markets.  Norah previously worked with the First Lady, Michelle, on her nutrition programs in schools, and has so much knowledge and experience about how all this works.  We had an honest conversation about the enormous power of the corporate lobbies, like the frozen food and meat industries, and their battles against these kinds of reforms that threaten their massive profits.  These hard working government employees have great integrity to form meaningful partnerships for change, especially around hunger and poverty.

I was impressed to learn that Tom Vilsack, who has been secretary of State for Agriculture since 2009 and whose large offices I passed on the way to my meeting, started an organic community garden, “the Peoples’ Garden” on the grounds of the USDA, which engages over 6,000 volunteers and has grown and donated about 1.5 million pounds of fruit and vegetables to local pantries, kitchens and shelters.  There is also a Farmers’ Market right there every Friday.  Those of us working for a more sustainable food system, might too easily dismiss the USDA as the enemy, but they really are striving for common goals.

My few days in Washington, DC also included visits to the national monuments, the Holocaust museum, the Smithsonian Air and Space museum with my dad, seeing two DC synagogues and connecting with a rabbinic colleague. As I reflect on these packed few days, I feel empowered and inspired, with a renewed sense that we have started something really special in Boulder and that, in all of our great partnerships within and across communities, there is so much more to be done for us to come ever closer to a vision of a more sustainable community and world, whose fruits and legacy can be enjoyed through many generations.

Marc is a native of London, England where he was an actor and practitioner of complimentary medicine before training as a rabbi in London, Jerusalem and Los Angeles. He was ordained at the Ziegler School of Rabbinical Studies at the American Jewish University in 2004 and has been the the spiritual leader at Bonai Shalom in Boulder ever since. Marc was a close student of Rabbi Zalman Schechter Shalomi and received an additional smicha (rabbinic ordination) from him in 2014, just two months before he died. He has been the host and narrator of two documentary films shown on PBS; A Fire in the Forest: In Search of the Baal Shem Tov and Treasure under the Bridge: Pilgrimage to the Hasidic Masters of Ukraine. Marc is a graduate of the Institute of Jewish Spirituality, a fellow of Rabbis Without Borders, has traveled to Ghana in a rabbinic delegation with American Jewish World Service and co-chair of the Rabbinical Council and national board member of Hazon, which strives to create more sustainable Jewish communities. In 2015, Marc was among a group of 12 faith leaders honored at The White House as “Champions of Change” for work on the climate. Marc is a proud member of Beit Izim, Boulder’s Jewish goat milking co-op.
Previous Israelis And Palestinians Working To Repair The Environment
Next Week in Review: July 24th, 2015

From London to Pittsburgh to Us All 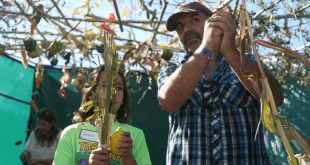 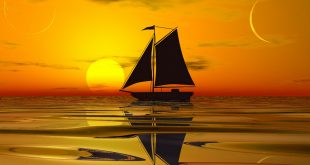 Aniya: A Poem for Alan Soloway 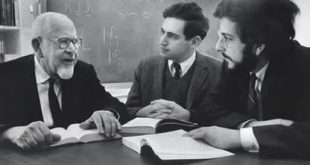 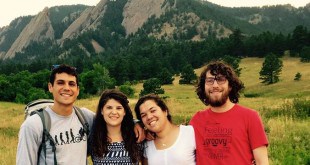