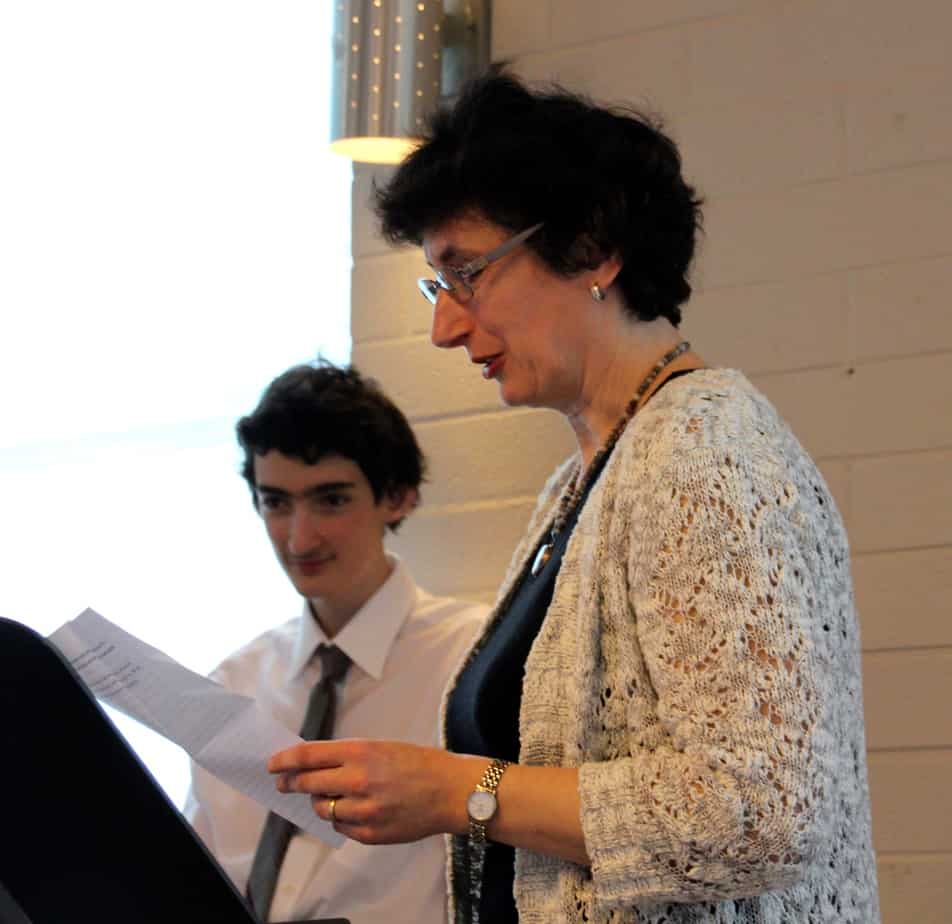 On February 14, 2015 Elia Gorokhovsky celebrated his Bar Mitzvah with family, friends, and the Beth Ami community. Beth Ami is a member of the Society for Humanistic Judaism, the congregational arm of the Humanistic Jewish movement in North America. Beth Ami is a welcoming community of secular and cultural Jews.

Elia’s parents Julia and Sasha never had an opportunity to celebrate their Jewish heritage because they were born in the Soviet Union. They emigrated to the U.S. in the early 1990s. Once they had a child they wanted to be part of a Jewish community that shared their beliefs. They wanted Elia to learn about his Jewish heritage.

Elia announced that he is proud of his three heritages: he is an American, a Russian speaker, and a Jew. He said he is a Jew because of the history he shares with all Jews. At Beth Ami he has celebrated Jewish holidays and attended Beth Ami’s Jewish Cultural School where he made friends and enjoyed learning about Israel, Jewish history and especially Jewish music.

Elia prepared for his Bar Mitzvah by first choosing one value that would be his lens to choose a Hebrew reading, a mitzvah project, and a mitzvah hero. He chose the value of curiosity because he realized how important curiosity has been and still is to him. In his Bar Mitzvah speech he said, “Curiosity is the key to learning and living a happy, productive life. It is one of the reasons my parents left Russia and the Ukraine. Curiosity runs in my family.”

Elia’s Bar Mitzvah day was a significant moment for Elia, his family, friends, and the Beth Ami community.

I am the Jewish Cultural School Director at Beth Ami CCHJ. Beth Ami is a welcoming community where we connect to Jewish past, celebrate Jewish present, and link to Jewish future through a humanistic philosophy. www.bethami.com
Previous Adventure Rabbi Congregation’s Sefer Torah Nears Completion, Leaves Israel
Next Je Suis Purim at the Boulder County Center for Judaism Judith Orloff z"l passed away on November 8, 2022. This is Rabbi Marc Soloway's eulogy.

On Saturday, October 22nd, 2022 Olive Spohn and Benjamin Protas will be called to the Torah as B'nai Mitzvah at Congregation Har HaShem.