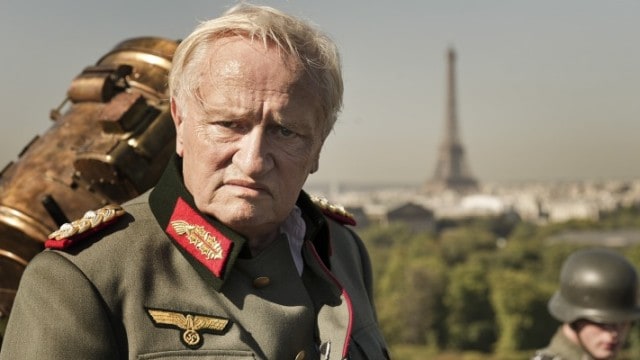 Kathryn Bernheimer January 8, 2015 Arts & Culture Comments Off on “Diplomacy” at the Boe Mesmerizes Diplomacy was one of the best films I saw at the 2014 Telluride Film Festival. The tense historical drama from German director Volker Schlondorff is a tour de force for the two actors whose debate over the fate of Paris mesmerizes for far longer than would seem possible.

The film’s topic also struck a chord, and seems to be part a recent cinematic trend examining art and WW II. George Clooney starred in The Monument Men, which was in turn loosely based on the magnificent documentary, “The Rape of Europa.” I recently screened another worthy documentary, “The Man Who Saved the Louvre.”

Now comes a stunning screen adaptation of the play “Diplomatie,” which covers the same astounding story as the 1966 film, “Is Paris Burning?”

Unbelievably, as Paris is about to be overrun by conquering Allied forces and the war is lost, one German commander stayed behind to carry out Hitler’s most fervent desire: to destroy Paris. The monuments and architectural wonders of Paris were wired with bombs, along with a dam. And, by the way, the ensuing flood will wash away most of the citizens.

Why was the order not carried out? You’ll have to see “Diplomacy” to find out.

The Boulder Jewish Film Festival is the proud co-sponsor of film, which begins its run at the Boe on Wednesday, January 14 at 7:00 pm with a talkback by Kathryn Bernheimer. For tickets, click here: https://tickets.thedairy.org/Online/seatSelect.asp

Kathryn has spent her professional life writing about, teaching, and presenting the arts. Founding Director of the Boulder Jewish Film Festival, Kathryn was Director of Menorah and ACE at the Boulder JCC from 2003 through August, 2019. The former film and theater critic for the Boulder Daily Camera, Kathryn is the author of "The Fifty Greatest Jewish Movies" and "The Fifty Funniest Films of All Time." kathryn.bernheimer@gmail.com
Previous River Borne
Next Week in Review: January 9th, 2015 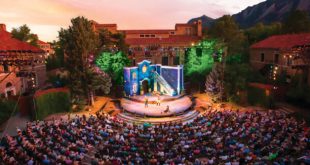