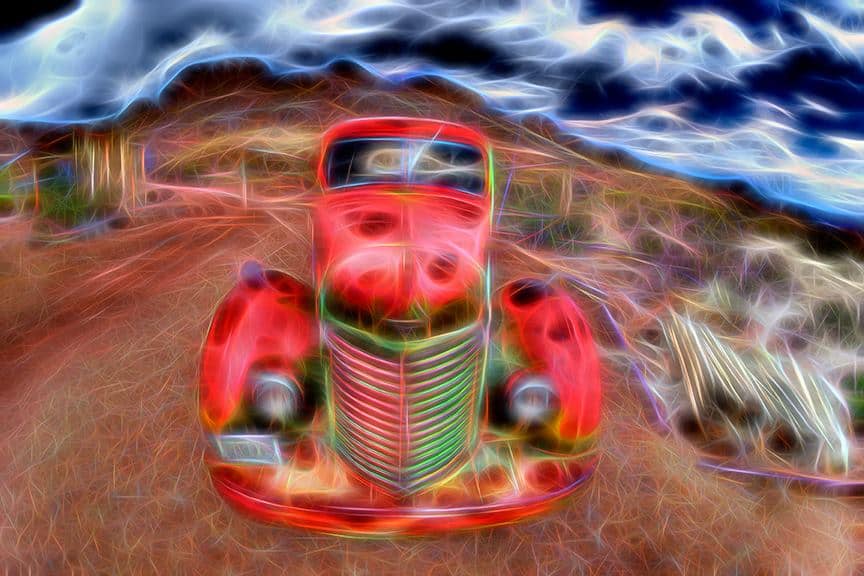 Bruce Henderson’s passion for photography began in the newsroom in the ‘70s.

As a graduate student in Madison, Wisconsin, Bruce also worked for the local newspaper, where his first photograph was published. He was hooked, and turned his MA into a photography project.

In 1984, a job offer from the Boulder Daily Camera lured Bruce and his wife Ruth to Boulder.

It was not until 4 years ago, however, that technology caught up with Bruce’s desire to show highly detailed images that emulate painting.

As his Facebook friends know, he’s been experimenting with a 36-megapixel camera with stunning results. His prolific out-pouring of images that dazzle the eye with color and shape has created quite a following. His 360-degree effect images – of the Boulder Theater among others – have especially attracted attention.

Now his work is on display at the Boulder JCC. The show, “Lenscapes,” opens with a free wine and cheese reception on Thursday, February 5 at 5:30 pm. The show is divided into three main bodies of work that are related by theme and technique.

In one series, titled Time Expired, images of old trucks and barns create a world gone-by. By using 3 images of different exposures, he is able to mimic the effect of shadows and highlights that painters are so easily able to create. Further experimentation with Photoshop led to another series, displayed in the Boulder JCC lobby, entitled Creation Series. These images, which were mostly created in the last month, tell a story of Genesis. Each image suggests another page in the story of life: Creation and Shabbat; ancient life forms; water and its creatures; the gathering sparks of energy; the formation of the earth. These photographs documenting evolution use a technique Bruce describes as “a glow effect.” Reservations for the “Lenscapes” meet-the-artist reception are not required. For information, call or email Kathryn at 303-998-1021, kathryn@boulderjcc.org.

Kathryn has spent her professional life writing about, teaching, and presenting the arts. Founding Director of the Boulder Jewish Film Festival, Kathryn was Director of Menorah and ACE at the Boulder JCC from 2003 through August, 2019. The former film and theater critic for the Boulder Daily Camera, Kathryn is the author of "The Fifty Greatest Jewish Movies" and "The Fifty Funniest Films of All Time." kathryn.bernheimer@gmail.com
Previous Cafe Bonai- Come Tell Your Story
Next Week in Review: January 30th, 2015