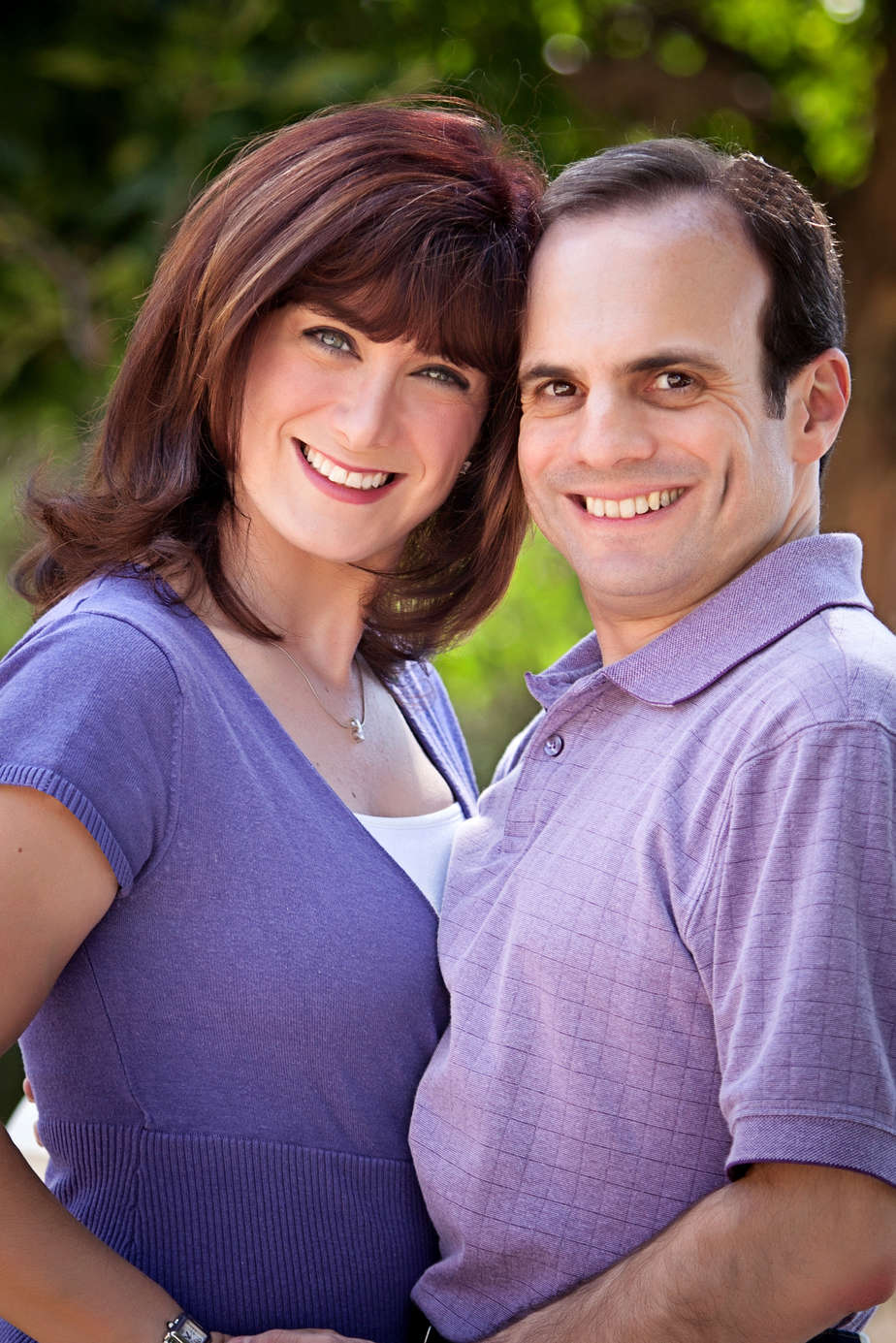 Kathryn Bernheimer February 1, 2015 News Comments Off on Beth and Michael Margolis To Be Honored at Boulder JCC’s Reflections

Beth and Michael Margolis, who are being honored as Rising Stars at Reflections: Boulder JCC’s Annual Gala, are at a loss for words to describe their feelings about such a huge honor so soon.

Despite their numerous contributions to the community since moving to Boulder six years ago, Beth and Michael are profoundly flattered and more than a little surprised because, as Beth explains, “We feel we are only just getting started.”

But there’s no hesitation when asked why they have become so actively engaged in the Boulder JCC and other organizations in so short a time. The question can be answered in a single word: Ezra.

All the work we do is for him,” according to Beth, who was pregnant with Ezra when they came to Boulder. “We do it for Ezra, our proudest accomplishment, and also for all of the children who are our future. We are paying it forward.”

Ezra was the direct inspiration behind the Boulder JCC’s Kids Campaign, which Beth chaired. “It’s important for Ezra to learn to give back. At the age of three he already knew he could be a part of what we were doing. He feels he’s helping to build the new JCC, that he can come in with $36 worth of coins in a big bag to give to Jonathan,” Beth says, referring to the JCC’s executive director, Jonathan Lev. “The Jewish value to repair and heal the world starts at the ground up. He sees us give to Jewish causes, which even young children can understand. There’s no gift too small.”

For Michael, the Kids Campaign gave him the opportunity to get involved at the Boulder JCC as a parent volunteer. An orthopedic physician specializing in hand surgery, Michael adds that before deciding to accept a job offer at Kaiser in Boulder, he and Beth came to make sure they were moving to a vibrant, active Jewish community.

Their hopes were exceeded when they discovered what an exciting time it was for the community, as the plans for a new JCC building were becoming a reality. The Margolis family is deeply connected to the JCC movement. Beth grew up regularly attending the JCC in Canton, Ohio. Even her Girl Scout troop met at the JCC.

Michael grew up in Skokie, Illinois and entered private practice in Tucson, where his parents had moved while he was in college and where he was active in Jewish singles programming.

In fact, the couple met on a Jewish singles cruise to Alaska sponsored by the Pittsburgh JCC. They became engaged on another JCC-sponsored cruise, this one to Greece.  “We have warm feelings for the JCC movement,” Beth says with a broad smile.

After moving to Boulder from Tucson, where they lived together for three years, Beth and Michael immediately became active in a variety of organizations, from Ezra’s preschool to Congregation Bonai Shalom.  Beth served on the membership committee and worked on the Happy Purim fundraiser at Bonai. Michael recently helped with Bonai’s flood mitigation and serves on the architectural committee.

Michael also chairs the Rocky Mountain Hand Surgery Society, while Beth continues to become more deeply involved at the Boulder JCC. She has been on the board for 18 months, and worked on Reflections until this year.

Perhaps her biggest initiative to date is Women of the J, a new affiliation group for women designed to increase social opportunities and enhance personal connections to the Boulder JCC. The first event was attended by more than 100 women, and future plans include monthly mitzvah projects and a night at the Boulder Jewish Film Festival. The list of the Margolis’ contributions and activities was long when the Boulder JCC approached them about being the Rising Stars at Reflections, along with Gail and Jerry Sloat, who are being honored as Bright Stars.

“If we only do a quarter of what Gail and Jerry have done, we’ll be happy,” Beth says, adding how grateful she and Michael are to be recognized alongside such community stalwarts.

She is also excited about Reflections and its value as a community building experience for everyone who helps to plan it and everyone who attends. This year’s Oscar theme is especially enticing, and she hopes people dress for the occasion. “Last year showed us that people here will respond to a theme,” she adds.

The power of community has in recent months become even more palpable to Beth and especially to Michael, who lost his mother in late 2014.

“It’s been a challenging year,” Michael says, the smile disappearing from his face. “The support and love from the community has meant so much.” As Reflections approaches, Beth says they are even more appreciative of the honor from the community and are looking forward to sharing a wonderful night with family and the many friends they have made in the last six years.

“We don’t do any of this for a trophy. That’s just the icing on the cake,” Beth adds. “We do what we think is right.”

And, of course, they do it for Ezra.

Kathryn has spent her professional life writing about, teaching, and presenting the arts. Founding Director of the Boulder Jewish Film Festival, Kathryn was Director of Menorah and ACE at the Boulder JCC from 2003 through August, 2019. The former film and theater critic for the Boulder Daily Camera, Kathryn is the author of "The Fifty Greatest Jewish Movies" and "The Fifty Funniest Films of All Time." kathryn.bernheimer@gmail.com
Previous JEWISHcolorado and Aspen Valley UJA Establish Strategic Alliance Partnership
Next Boulder JCC Preschool to Tap Maple Trees On Tu B’Shvat