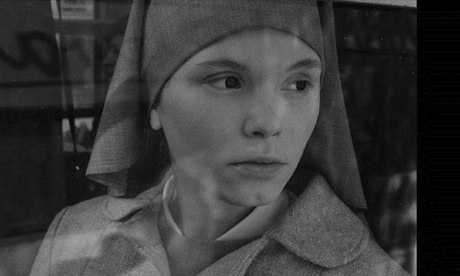 Kathryn Bernheimer February 23, 2015 Arts & Culture Comments Off on And the Winner Is……….

In all honesty, there was only one film nominated for an Oscar that I deeply cared about. I was thrilled when “Ida” won the Academy Award for best foreign film last night. I first saw the film at Telluride two year ago and chatted with the Polish filmmakers afterwards. I was not able to procure it for my festival, but was honored to introduce the Boulder International Film Festival’s screening last year – with 750 people crammed into the Presbyterian Church. Since then I’ve followed a stream of rave reviews and media attention for “Ida.”  So I felt a strong surge of satisfaction when it won – as I had predicted it would.

The Oscars were otherwise fairly uneventful, despite my disappointment that “The Imitation Game” and “Boyhood” did not get their just rewards. And what’s with leaving Joan Rivers out of the obits?

And back to our other friends at the Boulder International Film Festival, which runs March 5-8. I will be introducing the darkly comic “Mr. Kaplan” on March 7 at 5:00 pm. But in my opinion the best Jewish title in BIFF is “Borrowed Identity,” which I saw this year at Telluride and was hoping to bring to Boulder. Once again BIFF has shown its skill at finding great movies.

Kathryn has spent her professional life writing about, teaching, and presenting the arts. Founding Director of the Boulder Jewish Film Festival, Kathryn was Director of Menorah and ACE at the Boulder JCC from 2003 through August, 2019. The former film and theater critic for the Boulder Daily Camera, Kathryn is the author of "The Fifty Greatest Jewish Movies" and "The Fifty Funniest Films of All Time." kathryn.bernheimer@gmail.com
Previous Looking for a Serious Literary Person…
Next Save The Date: 2015 Yom HaShoah Program