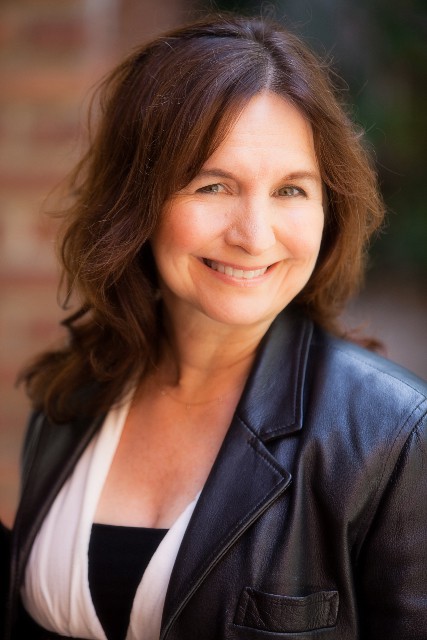 Karen Zeid, Boulder-area mom of two, would LOVE to come to services with her family, BUT . . . if her child can’t sit quietly for 20 minutes, is her family welcome at services in Boulder? or Religious School? or Youth Group? Dinners?

You might think this is a riddle, but it’s not.  One of Karen’s daughters cannot sit still for more than 20 minutes and she can also become loud and disruptive.  Like many parents of children with autism or other developmental delays, Karen just doesn’t all want to risk it — so they simply don’t come to services or other religious activities.  That’s why the “No Shushing Shabbat” earlier this year was such a delight for her family. Her daughter with autism was just fine throughout the service, as was her neuro-typical daughter. Normally Karen might have needed to leave, or certainly had some of us help, but what was so different about that night?

At the “No Shushing Shabbat” Services, there were helpers for child care at the service itself, but even more important, it was ok for her daughter to simply be herself.  Her daughter could stand up and walk around, play, and talk without the anyone saying, “Shhhhhh!” She did just fine, but even if she hadn’t, that would have been ok!

Along with inclusion,” says Karen, “it’s really important to educate our congregations about being inclusive.  It’s nice that we have alternative services for families, but most of those are full of little kids and my daughters are pre-teens.  We just don’t have any way to  be involved in our Jewish community.”

Karen dreams of a day when she will be able to bring her child to synagogue and not worry about how the congregation will react, that her daughter will just be accepted for who she is — behaviors and all.

Inclusion is not just about young children, but about adults too, some who are aging and some who have disabilities.  Where is their place?   “Amy” used to attend synagogue in Boulder, but she talks now about how tiny the words in the prayerbook are, and how she can’t hear very well anymore.  She too dreams — of the words on a screen, and perhaps an audio system which will enable her to “hear” and participate — like she used to.  In the meantime, she just doesn’t come.  And some of you might remember a man in his 60’s named Irving, who was a Har HaShem member some 20 years ago.  Irving spent years in an institution for people with cognitive abilities here in Boulder until he finally broke free into a small group home and finally his own apartment and got a job!  One of his proudest moments ever, he told me, was handing out prayerbooks at Shabbat services at Har HaShem.

Bonai Shalom and Har HaShem’s inclusion committees have been working together to make a difference in both congregations. With the assistance of a $1000 Make It Happen grant and support from both rabbis’ discretionary funds, the two congregations are bringing in Elaine Hall to speak at Har HaShem Thursday night and Bonai Shalom’s “First Friday” on Friday night. Elaine Hall is an author, motivational speaker, and inclusion activist. She was a top Hollywood children’s acting coach whose life changed dramatically after her son was diagnosed with autism. When traditional behavioral therapies didn’t work, she encouraged creative people to join her son’s world and he slowly emerged out of his isolation. Elaine then developed these methods into Seven Keys to train others.

She created The Miracle Project, a theater and film social skills program profiled in the Emmy winning HBO documentary, Autism The Musical. Her memoir, Now I See the Moon, was the official selection for the United Nations World Autism Awareness Day, where she has been a featured speaker.

Elaine has been featured on CNN, Oprah Radio, NPR, in the Wall Street Journal and the New York Times. She has been honored by Autism Speaks, Autism Society, Holly Robinson Peete, The Shalom Institute, among others, and LA Magazine named her as one of “LA’s 50 most inspiring women.”

Thursday 9/4 at 5:30 at Har Hashem (north building): Come meet her for the VIP reception ($40 contribution) and speak more privately with Elaine while munching on cheese from Boulder’s Jewish Goat Co-op and crackers, and sipping wine.  You’ll also have preferred seating at the event which follows and receive a signed copy of Elaine’s book, “Now I See The Moon: A Mother, a Son, a Miracle.”  This VIP opportunity is almost full, so to get more information, find special needs accommodations, contact Susan for scholarships, sign up quickly at www.jewishinclusion.org

Thursday 9/4 at 7:00 at Har HaShem (north building): Come listen to a dynamic speaker on the subject of true inclusion as Elaine Hall shows clips from Autism the Musical, and speaks about her faith and secular-based programing which have received so much acclaim.  She will also tell us about the Miracle Project and Inclusion from Within, I Win programs for faith-based institutions. Tickets online are $9 online (family limit)and $12 at the door with a family limit. More info at www.jewishinclusion.org For accommodations and special arrangements (there will be a sign language interpreter), contact Susan at sglairon@comcast.net or call her at 303-263-2645.

Friday 9/5 at 6:00 at Bonai Shalom’s 1st Friday: Come join us for Shabbat services, and stay for a delicious dinner and a talk by Elaine entitled: We Are Called to Begin Anew.  We can only accommodate 30 people at First Friday, and are over 2/3 full.  First come, first served.  Cost is $15 per adult, $12 per child, and not exceeding $54 per family. Tickets online for more info & reservations at:  http://bonaishalom.org/events/first-friday-with-elaine-hall/  or contact Judy Megibow at judy@megibow.com.

Elaine will also be leading programming with our youth at Bonai Shalom on Saturday morning.

Be There — Don’t Be Excluded!  Reserve Now!

Let’s continue the conversation: Inclusion of people with disabilities in our Boulder Jewish community!

Yael Cohen is the #1 bestselling author of "Secrets of a Special Education Advocate" and host of Get IEP Help Live! She is also a member of Beit Izim, the Jewish Goat Co-op. Some of our goats are featured in "The Udderly Fantastic Goat Journal."
Previous BJCF Announces 2014-15 Grants
Next Walk for Peace on September 11th