Survivor Mrs. Estelle Laughlin will be a featured presenter for the 2014 Observances on Wednesday, April 23, 7:30 pm at the University of Northern Colorado Student Center Ballrooms (Corner of 20th Street & 11th Avenue, Greeley, CO).  Mrs. Laughlin was scheduled to speak at last year’s Observances but, about a week before the Observances began, she received an invitation from President Obama to join the United States delegation to the ceremonies in Warsaw, Poland, commemorating the 70th Anniversary of the Warsaw Ghetto Uprising, which Mrs. Laughlin witnessed as a child.

Of course, such an invitation is not one to turn down, as understandably, Mrs. Laughlin did not. She returned to Warsaw for the first time since the day the Nazis overran the Ghetto after a month-long struggle against the valiant defenders and resistance fighters. The forces of the Third Reich deported those who had not died in the fighting or whom they had not murdered.  Estelle was among those whom they deported. She survived Majdanek and several labor camps.

Performance and Lecture on Klezmer Music at the Unitarian Universalist Church, 929 15th St, Greeley, CO at 1:30 pm.  The annihilation of a music: given by Mr. Mike Gersten, Clarinetist and Doctoral Candidate, University of Northern Colorado.

For hundreds of years, Klezmorim – entertainers who played folk and popular music – played an integral role in the Jewish culture of Eastern and Central Europe. Through live performances of Klezmer music, interspersed with bits of discussion, this presentation will examine how the Holocaust effectively ended the Klezmer way of life through the murder, or relocation, of Jewish populations. The program will also address how this repertoire has continued on, even as the traditional cultural role of the Klezmorim disappeared. Presenter Mike Gersten is a doctoral student at University of Northern Colorado and clarinet instructor at Laramie County Community College in Cheyenne, Wyoming. Joining him at this event are UNC musicians he has specially trained to perform in the Klezmer tradition.

Holocaust Memorial Observance Service at Beth Israel Synagogue, 1625 Reservoir Road, Greeley, CO at 7:30 pm.  Rabbi Sara Gilbert and Reverend John Bliss will be officiating, and all are invited to gather for an interfaith service to pay homage to those who lost their lives, give thanks for those who survived, and honor those who risked their lives to save others. Building on rich traditions and shared hope for the future, there will be prayer, music and inspirational readings to reflect on the Holocaust era. Services will be enhanced by selections by UNC music students.

They call me "NewsHound IV," because I'm a clever Finnegan, sniffing out stories all over the Boulder area. I love Jewish holidays because the food is GREAT, especially the brisket. Well all the food. I was a rescue pup and glad to be on the scent!
Previous 2014 JCRC Volunteer Recognition Award Goes to Joan Nagel
Next Join Menorah Cuba Travelers At BJCC for Reunion 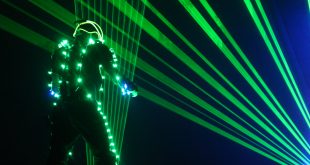 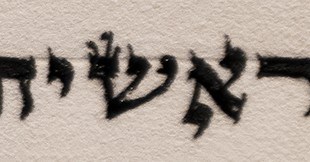