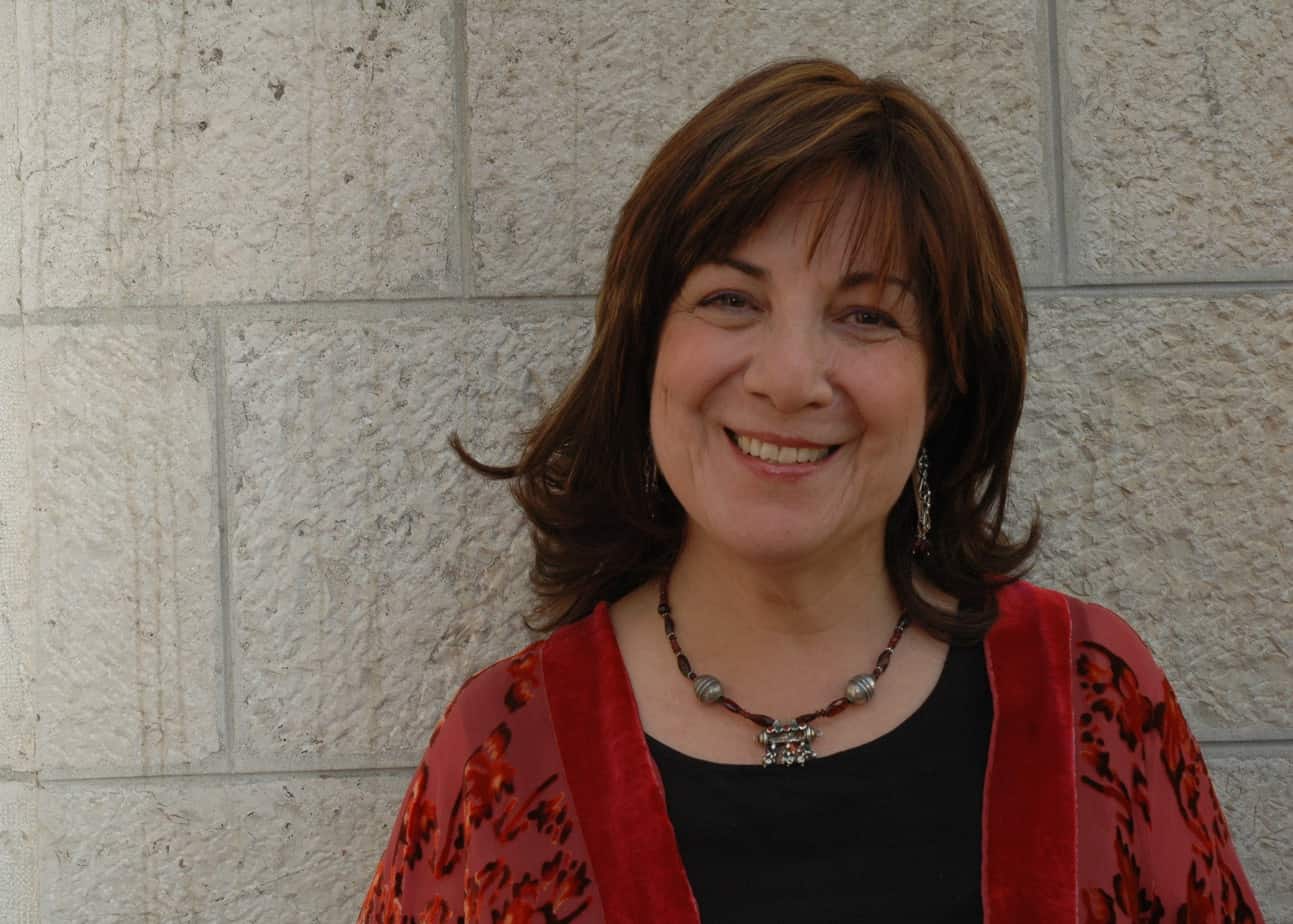 Dr. Aviva Gottlieb Zornberg will be in Boulder, Colorado on May 21st and 22nd, in a program co-sponsored by Congregation Bonai Shalom and Congregation Har Hashem.

She is presenting: “‘I am a stranger:’ Becoming Ruth.” Ruth is a stranger in more senses than one. Who is this unknown woman who is destined to become mother of royalty? What is the process by which she finds her way into a foreign and unwelcoming culture and religious tradition? How does destiny come about?

Dr. Zornberg will present her talk on Wednesday, May 21st at Congregation Har HaShem at 7:00 pm.  The conversation continues the next morning, May 22nd, at the Har HaShem South Building over breakfast at 8:30 am.  Books and DVD’s will be available for purchase, which she will be happy to sign for seminar participants.  Click here for more information.

The Torah is beloved to those who study it each day as on the day that it was given from Mount Sinai.

Blessed is Torah and the guidance She gives us in each generation. And blessed are the teachers who assist us in unveiling Her treasures. As a devoted student of Torah, I rely on the great minds of scholars, mystics and devotees to help me encounter Torah’s unfolding story. It is important to study the traditional commentators, such as Rashi, Ramban, Reb Bachya ben Asher, Seforno, and some of the Chasidic writers. And although I love their perspectives, they do not address key contemporary issues that we face today. They could not fully precipitate 21st century Judaism. For example, psychological and feminist studies have now strengthened our ability to deal with complex issues that our ancestors did not contemplate. Luckily, we have modern mapmakers to help us traverse these difficult territories.

I have a confession. I am obsessed with books; many years ago I was lucky enough to discover the works of Dr. Aviva Gottlieb Zornberg, author of “The Beginning of Desire: Reflections on Genesis” (1995), “The Particulars of Rapture: Reflections on Exodus” (2001), and “The Murmuring Deep: Reflections on the Biblical Unconscious” (2009). These books illuminate complex psychological, philosophical and literary dynamics within sacred text in dynamic new ways. In her introduction to “The Beginning of Desire“, Zornberg says, “I am looking to loosen the fixities, the ossifications of preconceived readings…opening the ear, eye, and heart to a text that reflect back the dilemmas and paradoxes of the world of the reader.”

Dr. Zornberg was born in English springtime and was raised in Glasgow, Scotland. Her father, Rabbi Dr.Wolf Gottlieb, was the head of the Rabbinical Court there, and a major influence on her life. He began teaching her Torah at the age of four. She considers him to be the best teacher she has ever had. She particularly loved learning about Rashi, the 11th century medieval commentator known for explicating the p’shat or plain meaning of Torah and Talmud text, based on midrash (stories of the tradition) and a meticulous study of language. Dr. Zornberg also loves Hasidic thinking and life, as this was her father’s background. The ability to move back and forth between these perspectives gave her an appreciation of the tension between seemingly disparate understandings of Torah. This tension and paradox, which often show themselves in text, are major themes throughout her writings. It is the conflict that comes from grappling with disparate elements of text that enhances our growth and our ability to hold and encompass multiple – even conflicting – perspectives.

Dr. Zornberg left home to study at Cambridge where she received her Doctorate in English literature. Her ability for critical analysis of text coupled with what she learned from her father gives her the skill to listen deeply to Torah writings. She believes that the wisdom of the Torah scholars comes from their ability to listen acutely, with multiple senses. “These writers are listening hard, and listening for the depths, beneath the surface…it may be wild, yet there are wild depths in our sacred text…you too can listen if you dare.” She speaks of the depths, the tehom, of our texts and supports the importance of developing this midrashic way of listening…more than just analytical exegesis. It is important to use hermeneutics – the ability to see across texts – and to develop associative thinking. She has lived in Israel since 1969.

Dr. Zornberg has been a guide to me for unlocking wisdom in the Torah, for over ten years. Imagine my delight when Boulder’s own Bruce Shaffer asked me to interview her for BJN. I jumped at the chance. I hope to share with you some of the powerful interpretive insights that this remarkable teacher and Jerusalem-based scholar conveyed in our conversation.

Following are some excerpts from our interview on April 4, 2014:

Charna: Laughter, seeing, hearing, facing, right desire: These are major themes in your work. Can you say more about this?
Zornberg: Jewish spirituality has so much to do with everyday life. This turns some off, because it can seem pedestrian. And yet, what happens is we have the opportunity to discover and reveal the sacredness in everyday life. For me, this starts with law and halacha, which teaches how to govern passion, laziness, fear and our negative emotions. Jewish mitzvot are the practice of how to be in the everyday, with God close at hand. Torah study intends us to go deeper and inward. Studying and prayer are meant to feed back into life and relationships and into the experiences that make a human being. Listening deeply, facing our desires, seeing what is, and remembering to find joy in our practice can open us up to living life well.

Charna: You say: “I think people suffer from not being aware. That is, they assume that they think or feel one thing, but they are not aware that they may be also thinking or feeling a number of other things which may be in conflict with their conscious thought. And that creates trouble because it creates—I suppose the harsh word for it would be ‘neurotic’ reactions—that in a way are mysterious, irrational reactions. They can’t understand these themselves, because they know very clearly what they think.” How do we shift this inner dialogue?
Zornberg: It all starts with God…the idea that galut hadibur (the exile of the word) means that God speaks yet does not have the right effect. Even God can fall short, and this block begins at the highest level. Hassids think ‘what God needs is a human process,’ an intrapsychic human process of hearing the word of God, allowing it to sink in deep. This allows God’s word to move out of exile. It is from this internal world, from here, something new can emerge between language between people. The human being – the depths of the human heart – is what must be redeemed in order for other exiles to shift. Then one is truly doing something for God.

Charna: Your book titles take us from desire to rapture, to the deeper rumblings of the unconscious… can you speak to this journey of desire? And what do the women’s mirrors have to do with this ?
Zornberg: Everything can be seen as a pure story of desire…and it is about arousal. What is it that we really want, knowing this and allowing ourselves to be aroused enough to get it. Getting out of Egypt, the archetypal place of constraint, where one is fixed and facing death with no notion of future, is mitzrayim. Getting out of the place that seems inescapable. The mirrors are so central to this. It provides us with an intimate scene that is not directly connected to God. This is an important erotic moment…the women have a way of returning to this sense of Eros, with this game of the mirrors…it is a beauty competition…that has to do with how a mirror can receive the projection of desire, and then we can see a reflection of what is moving us toward arousal. By introducing the perspective of beauty, and the challenge of their lives, a different way of being is aroused is accessed. This eventually leads to redemption.

Without the Golden Calf, God will not bring His presence to rest in their midst. A new awareness of the complexity of inside and outside, of density and hollowness, must precede the construction of a Mishkan that will have stability in its mobility. The people require the ‘words of Torah,’ the dialogues of Torah, that draws energy precisely from error, from memory and experience…the text of the Torah flickers with ambiguity. And the reader experiences that inner shift that destabilizes the idolatrous security of meaning. Perhaps only a text that flickers in this way can maintain its power through time.”

Can you say more about this?
Zornberg: Standing in the place between…finding a position that includes two things…rather than one…Only God is One…includes everything. When we try to focus on one idea or value, we’re in danger of idolatry…we are keeping out the values that challenge the first idea. To have a truly human and religious position, one needs to have a counter position, a third possibility; the role of paradox is essential to this process. It is a balancing act. We have a deep need to focus on one thing…although this gives alleged safety, it is idolatrous. The danger of focusing on one thing – is that we stop thinking, stop being aware of complexities that exist. The Golden Calf need – Moses was idolatry for the people; he had become the ‘one’. This had to collapse, due to their lack of embracing the complexity of their situation. Perhaps it was an infantile (Freudian) need, to hold on to an authority.

Charna: What would you say to a young girl today?
Zornberg: I have five granddaughters; I tell them not to be afraid, as fear is a problem. Women in relationship to today’s world are still in a position where fear has a strong grip, as our world is still managed by men. It takes courage for a woman to find herself. I tell them to find ways of growing in fearlessness and still remain women.