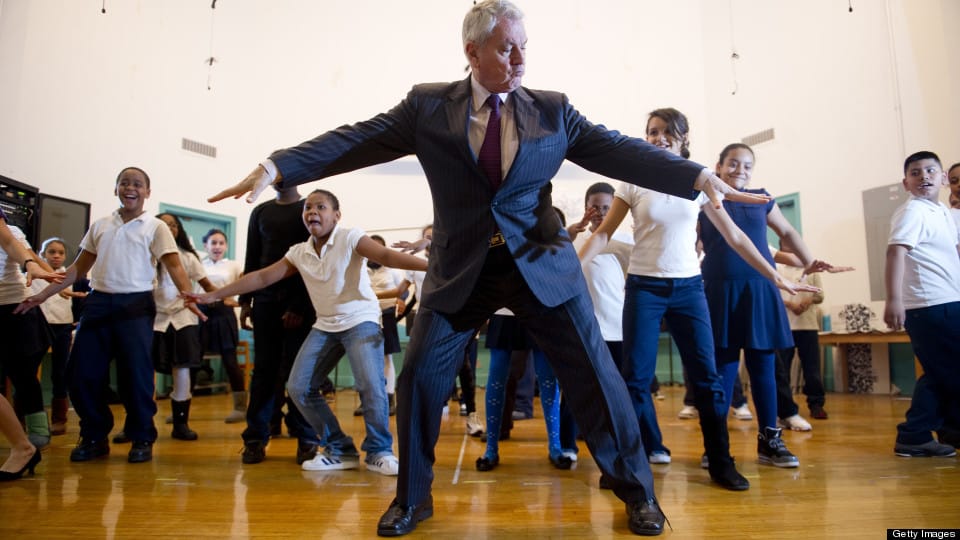 Dancing with the enemy is the subtle subtext of Hilla Medalia’s charming new documentary,“Dancing in Jaffa,” which will be shown at the Boedecker Theater May 14-17, 2014. The screenings are co-sponsored by the Boulder Jewish Film Festival Sponsored by the Millstone Evans Group of Raymond James, and I will lead the talkback for the May 15 screening.

The inspiring film follows renowned ballroom dancer Pierre Dulaine, who returns to Jaffa to fulfill his lifelong dream of teaching dance to Jewish-Israeli and Palestinian-Israeli children. These wary youngsters are forced to confront issues of identity, segregation and racial prejudice. Under Pierre’s guidance, the children, who live uneasily side-by-side, learn the essential key to ballroom dancing: trust. Much of the film’s appeal stems from Dulaine himself. A passionate and refined man with humble beginnings in Jaffa, he returns 30 years later to attempt what seems to be an impossible feat: teaching ballroom dance in a deeply divided society. This proves to be a far greater challenge than he had ever imagined.

Medalia intimately captures Dulaine and the Jaffa grade-schoolers’ journey as they are partnered with a Jewish or Palestinian boy or girl they had never met before from another school to compete in a dance contest.

Now playing theatrically in New York after making the film festival rounds, “Dancing in Jaffa” demonstrates the transformative power of dance, inviting the audience to share Dulaine’s dream of a brighter future for these young dancers. In Boulder, see this only at the Boedecker Theater. For times and tickets, visit www.thedairy.org

Kathryn has spent her professional life writing about, teaching, and presenting the arts. Founding Director of the Boulder Jewish Film Festival, Kathryn was Director of Menorah and ACE at the Boulder JCC from 2003 through August, 2019. The former film and theater critic for the Boulder Daily Camera, Kathryn is the author of "The Fifty Greatest Jewish Movies" and "The Fifty Funniest Films of All Time." kathryn.bernheimer@gmail.com
Previous Jewish Farm Updates and Community Visioning
Next “Walking with the Enemy” Powerful Holocaust Film