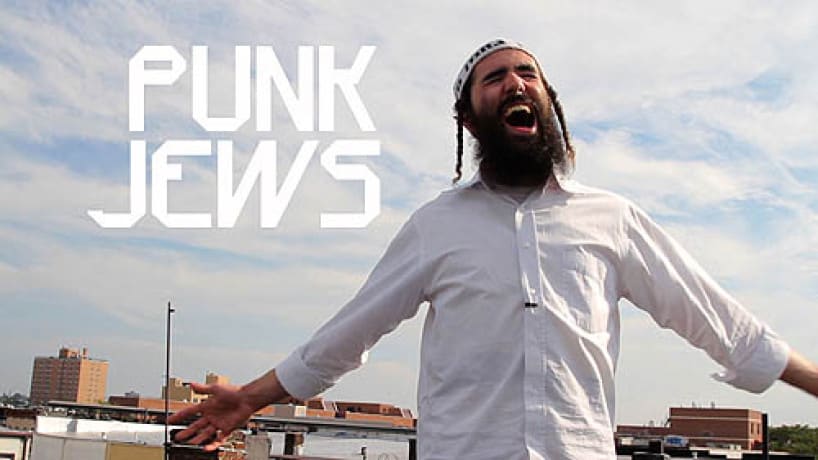 The Boulder Jewish Film Festival is still half a year away – although plans are well underway. In the meantime, we have something to tide you over: a screening of “Punk Jews” with the filmmaker in person.

Producer Evan Kleinman will be at the Boedecker Theater Sunday for Menorah’s 7:30 pm screening of his new film that follows an underground Jewish community in New York City expressing their identity in ways that challenge stereotypes and break down barriers.

Profiling Hassidic punk rockers, Yiddish street performers, African-American Jewish activists and more, “Punk Jews” explores an emerging movement of provocateurs and committed Jews who are asking, each in his or her own way, what it means to be Jewish in the 21st century. Jewish artists, activists and musicians from diverse backgrounds and communities are defying norms and exploring their Jewish identities in unconventional ways. Evan Kleinman is a four-time Emmy nominated producer. He has produced television for NBC and has worked as an editor and cinematographer on various documentary films covering topics ranging from Coney Island to Women’s Rights.

Evan produced his first documentary film; “We are still here,” about his family traveling to Poland to place a gravestone on the site where his grandfather buried his brother who died during the Holocaust. The film premiered in November 2011 at the Tribeca Cinemas and has since screened at a number of festivals, schools, and museums. New York Times: “Side curls flailing, knees jackknifing up around his torso, leaping, crouching, shouting a Scriptural message from the Book of Ramones: “Avraham was a punk rocker.”

Huffington Post:  “‘Punk Jews’ …exists because a resurgence of pride in one’s Judaism is taking hold among many… ‘Shtick,’ as they like to say in Yiddish, is falling by the wayside to make way for more authentic approaches to meaning.”

The Jewish Week: “…has the peculiar feel of a version of ’60 Minutes’ concocted by the demented offspring of some MTV producer and a wonder-working chasidic mystic.”

Jerusalem Post: “Evan gives us a behind the scenes look, not to the production set, but rather to the producers’ mindset and soul.”

Haaretz: “The artists in “Punk Jews” represent the pioneering, creative spirit within Judaism of this era.”

Kathryn has spent her professional life writing about, teaching, and presenting the arts. Founding Director of the Boulder Jewish Film Festival, Kathryn was Director of Menorah and ACE at the Boulder JCC from 2003 through August, 2019. The former film and theater critic for the Boulder Daily Camera, Kathryn is the author of "The Fifty Greatest Jewish Movies" and "The Fifty Funniest Films of All Time." kathryn.bernheimer@gmail.com
Previous Apply Now for Free Disabilities Support Group
Next Learn More: Hadassah’s Family Fun, Fitness and Food Fest