Bruce DeBoskey January 16, 2013 Guests and Blogs Comments Off on Corporate Citizenship Pays Off for U.S. Busineses

When asked “Does business act responsibly?” 70 percent of Americans answered “yes” in 1968. By 2011, the percentage had dropped to 10 percent, according to a Yankelovich and CNN/USA Today Gallup Poll. Given recent revelations about outsourced fire-hazard sweatshops and megabank billion-dollar fraud settlements, it is doubtful that percentage has risen since then.

In light of this disturbing trend, companies must pay close attention to their investments in corporate-citizenship initiatives, not only to help their reputation for acting responsibly among consumers but also to help the bottom line.

A new report called “The State of Corporate Citizenship 2012” published by the Boston College Center for Corporate Citizenship reveals that four of every five executives from all business types and industries believe that environmental, social (including philanthropy) and governance investments create financial value for their companies. The study, conducted by surveying 749 executives from mostly medium and large domestic and global companies, reports that firms that strategically align and “integrate corporate citizenship with business goals” and make a longer-term commitment and investment in those strategies “have at their disposal a more robust set of tools for serving employees, shareholders and communities.”

The study finds that direct support driven by managers and executives is important to the success of these initiatives. It concludes that these investments don’t just “make companies look good and employees feel good.” Rather, they “help companies achieve business goals such as increasing market share and managing risk.”

Research on existing and future employees indicates that corporate recruitment opportunities and employee job satisfaction rise with increases in business engagement though charitable giving and employee volunteerism. When deciding between two similar jobs, 82 percent of employed Americans prefer to work for a company that supports charitable causes, and nearly one-third of them would work elsewhere if their current employer gave little or no money to charity.

The business case supporting corporate philanthropy and other strategic community investment is well-documented. Enhanced employee recruitment, lower turnover, higher job satisfaction, customer preference and loyalty, and higher market share have been demonstrated. From the supply chain to production, distribution, sales, end use, and disposal, companies must more thoughtfully evaluate their impact on people, communities and the environment.

According to author Paul Hawken:

The bottom line is down where it belongs — at the bottom. Far above it in importance are the infinite number of events that produce the profit or loss.”

The evidence continues to mount confirming that a long-term, high-level commitment to corporate citizenship, including community investment through employee initiatives and charitable contributions, is a critically important component of a business’ ultimate success.

This column originally appeared in the Denver Post, 1/13/13.  Re-posted here by the author with permission.

Bruce DeBoskey, J.D., is a Colorado-based philanthropic strategist working across the U.S. with The DeBoskey Group to help families, businesses and foundations design and implement thoughtful philanthropic strategies and actionable plans. He is a frequent keynote speaker at conferences and workshops on philanthropy. More information at deboskeygroup.com or @BDeBo.
@@BDeBo
Previous Jewish Pot Activist Speaks to Jewish Business Group
Next Join ADL for MLK Day Events in Boulder 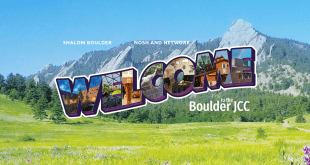