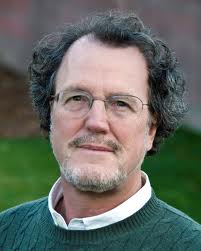 Kathryn Bernheimer May 9, 2013 Arts & Culture Comments Off on Comedy Night with a Seriously Funny Author

A self-described expert on comedy, David Misch is a comedy writer, a playwright, a comic songwriter, lecturer, blogger, teacher, and recovered stand-up comic. He is also the author of an entertaining new book about the art of comedy, “Funny: The Book – Everything You Always Wanted to Know About Comedy.”

On Sunday, May 19 at 7:00 pm, Misch will be at the Boulder JCC for a comedy-club style event exploring the evolution, theories, principles, and practice of comedy, as well as the psychological, philosophical, and even theological underpinnings of humor, coming to the conclusion that (Spoiler Alert!) Comedy is God. Misch is a funny guy – he started as a stand-up comic and makes his living writing for TV, film and print media – but he is also serious about comedy. He examines humor from its historical roots to the latest scientific findings, with diversions into the worlds of movies, television, prose, theater, jokes and stand-up comedy as well as personal reminiscences from his own experiences on such TV programs as the multiple-Emmy-nominated “Mork and Mindy.”

He points out that his credits also include the Emmy-losing “Duckman”, the Emmy-engorged “Saturday Night Live,” the Emmy-ineligible “The Muppets Take Manhattan,” and the Emmy-ignored “Police Squad!”

He blogs for the Huffington Post, and has taught at University of Southern California, UCLA and Columbia University. His play, “Occupied” is scheduled to be produced in Los Angeles later this year.

Join Menorah for some wine, cheese and desserts, some good laughs, and some insight into the very Jewish history and practice of comedy.  Tickets are $18 in advance; $20 at the door. Click here for tickets.

Kathryn has spent her professional life writing about, teaching, and presenting the arts. Founding Director of the Boulder Jewish Film Festival, Kathryn was Director of Menorah and ACE at the Boulder JCC from 2003 through August, 2019. The former film and theater critic for the Boulder Daily Camera, Kathryn is the author of "The Fifty Greatest Jewish Movies" and "The Fifty Funniest Films of All Time." kathryn.bernheimer@gmail.com
Previous Jews, Brews, and Startup Gurus III
Next Week in Review: May 10th, 2013