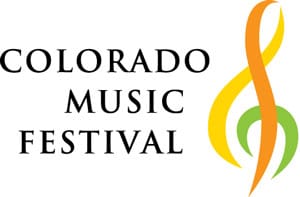 On Sunday July 22, at 7:30pm, the Colorado Music Festival will present the second concert in their Rediscovered Master’s series. This summer series features works of talented composers whose lives were turned upside down by Nazi Germany and World War II. The July 22 concert is the North American premiere of Mieczyslav Weinberg’s Flute Concerto. Mieczyslaw Weinberg (December 1919–February 1996), was born in Warsaw into a musical family and began piano studies at the Warsaw Conservatory at the age of twelve.  At the start of World War II his parents and sister perished in the Trawniki concentration camp; Weinberg fled not to the West but east to the Soviet Union. There he met Dmitry Shostakovich and the pair became close friends, ultimately living near one another and sharing ideas on a daily basis. Weinberg was arrested and imprisoned in February 1953, and Shostakovich attempted to intercede on his behalf.  Weinberg was saved by Stalin’s death the following month, and he was officially rehabilitated shortly afterwards. He left a large body of work that included twenty-two symphonies and seventeen string quartets; he has been hailed “the third great Soviet composer, along with Prokofiev and Shostakovich.”

Most Soviets would know Weinberg if not from his vast corpus of classical music, then from the fantastic score he wrote to one of the Soviet Union’s most popular children’s television shows, the Soviet version of Winnie Pooh.

On Sunday, Weinberg’s work will be performed with that of his mentor Shostakovitch. The concert will be preceded by a 5:30pm pre-concert talk with Professor David Shneer, director of the Program in Jewish Studies, Colorado Music Festival artistic director, Michael Christie, and Robert Elias, head of the Orel Foundation, which is dedicated to the performance of suppressed musical treasures of the 20th century. The pre-concert talk is a donor benefit of the Colorado Music Festival.

Visit comusic.org for details on this or other summer performances.