Of Goats, Chickens and Memory

As I got up to speak to the smallish crowd gathered in shul on the second day of Shavuot this year, which happened to be Memorial Day, I found myself speaking about the surprising joy I have found in milking goats once a week on Sunday mornings and gathering fresh eggs from our Jewish goat and chicken co-ops. I spoke of the verse in the Torah reading from Deuteronomy that mentions nedivat yedecha – the voluntary gifts of your hands offered in antiquity on Shavuot, the Festival of First Fruits. I suggested that most of us cannot feel the connection in a tangible way to the production, gifting and consumption of our food, and therefore not fully appreciate the joy, gratitude and humility associated with it. For me, this has changed since eating such fresh eggs laid by birds I have come to know and sipping delicious fresh milk from goats who now feel like family members and which comes into the bucket through my own hands. It is joyful and it does create a different way to connect to the biblical holidays in a tangible way.

Before the end of the service, I invited anyone who wanted to see our growing little farm across the street to wander over with me after Kiddush and take a look. Almost 20 people joined our farm tour including Irene, a Hungarian survivor of Auschwitz and Doris, who left Berlin escaping the Nazis on the Kindertransport to London. Along with the general oohs and aahs as people saw our new baby chicks and the newish kids on the block, was a powerful and unexpected triggering of memory on that sunny Memorial Day, just after having recited Yizkor in shul. Irene was feeding the goats melon rinds and petting them and a nostalgic glint of recognition shone out of her eyes as she shared memories from her childhood in the Carpathian Mountains where “everyone had goats or chickens.” Doris then shared that even though she was a city girl raised in Berlin, she remembered her late husband Martin Small, brought up on a farm in a shtetl in Poland, who used to tease Doris for not knowing the difference between a chicken and a horse!

Many of us see the “New Jewish Food Movement” as part of a new future of a more sustainable world through a much greater awareness of the source of our food. The walk that day across the street to the Boulder Jewish Commons Community Farm was a powerful and unexpected reminder that this work is not just about the future, but about the past as well, connecting us to a lost Jewish world of less than 100 years ago, where every day our ancestors were doing what has become so new and exciting to us.

Marc is a native of London, England where he was an actor and practitioner of complimentary medicine before training as a rabbi in London, Jerusalem and Los Angeles. He was ordained at the Ziegler School of Rabbinical Studies at the American Jewish University in 2004 and has been the the spiritual leader at Bonai Shalom in Boulder ever since. Marc was a close student of Rabbi Zalman Schechter Shalomi and received an additional smicha (rabbinic ordination) from him in 2014, just two months before he died. He has been the host and narrator of two documentary films shown on PBS; A Fire in the Forest: In Search of the Baal Shem Tov and Treasure under the Bridge: Pilgrimage to the Hasidic Masters of Ukraine. Marc is a graduate of the Institute of Jewish Spirituality, a fellow of Rabbis Without Borders, has traveled to Ghana in a rabbinic delegation with American Jewish World Service and co-chair of the Rabbinical Council and national board member of Hazon, which strives to create more sustainable Jewish communities. In 2015, Marc was among a group of 12 faith leaders honored at The White House as “Champions of Change” for work on the climate. Marc is a proud member of Beit Izim, Boulder’s Jewish goat milking co-op.
Previous Sophia Schlager Bat Mitzvah
Next How to Bust Open Your Job Search 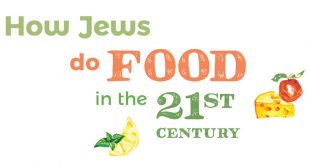 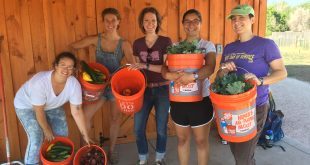