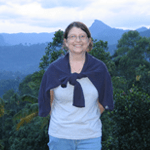 “The World is a book, and those who do not travel read only a page.”

Without travel, my life would not be complete. Each time I explore new places, I pick up bits and pieces of history and culture and simultaneously satisfy my appetite with a new array of food choices. Books and the internet can only provide part of the story.

During my recent trip to London, I wanted to add another layer to my understanding of British Jewish history. On our first day, my husband I shook off jet lag and took the Tube to Camden Town. The underground maze of tracks left us just a few blocks away from the London Jewish Museum that was opened in 2010. Once inside, we scurried past a group of teenagers dressed in formal school uniforms. My thoughts took a brief diversion back to my days teaching in India and then quickly returned to the present.

The first floor was designed for a non Jewish audience. It could easily be labeled “Who are the Jews?” Using artifacts and videos, patrons captured a rudimentary understanding of Jewish festivals and customs.

As a connoisseur of Jewish history, I cannot speak favorably about most of British history. Jews did not have an organized community until the 11th century when William the Conqueror decided that it would be advantageous to have Jewish merchants and artisans relocate to England. Persecution, excessive taxes, blood libel accusations, notorious riots, and massacres occurred in the next two centuries. At the end of the 13th century, the Jews were expelled from England.

Jews were not permitted to return to British soil until the 16th century when Oliver Cromwell accepted the petition to readmit the Jews to England. It would be several more centuries before the Jews received legal emancipation in 1858.  After being elected to the House of Commons in 1847, Lionel de Rothschild patiently waited 11 years for the mandatory Christian oath requirement to be rescinded.

The second floor of the museum focused on British Jewry during the last couple of centuries. The exhibit revealed notable similarities with American Jewish history. European Jews immigrated to London and the U.S. in response to the Pogroms at the end of the 19th century and during the rise of Nazism. Jewish immigrants were relegated to certain trades such as the garment industry. Negative attitudes toward the Eastern European Jewish immigrants were pervasive in both countries and the Jewish communities created communal organizations to service the newcomers who they considered to be less sophisticated.

The top floor housed a special exhibit, photos by award winning photographer, Judah Passow. This collection showcased the diversity of current UK Jewish life through both secular and religious lenses.

Museums, just like the written word, can only provide part of the story. Walking and visiting places first-hand usually provides more in depth information. A quick check on Trip Advisor connected me with a specialized walking tour of Jewish London. Starting at the Aldgate Tube stop, we trudged through a persistent rainstorm to see London’s East End.

As our tour guide Stephen Burstin provided witty explanations of Jewish history, we had to use our imaginations. World War II bombings had destroyed many notable places. A few sculptures, engraved entrances, and minuscule plaques were most of what remained.

We walked by Jewry Street. You had to look carefully for the tiny signage. I had to use my camera in order to read the small font. The sign for Jew Town in Cochin, India was more prominent.

I rubbed the droplets of rain from my face. If Stephen didn’t stop, I would have missed another brief reference to Jewish history, a sign designating the spot where the Great Synagogue of Dukes Place once stood.

A moment was spent at a plaque that commemorated the first synagogue (Creechurch Lane Synagogue) while Stephen provided some historical facts.

Small tidbits of information were added as we walked through the neighborhood that once was the center of Jewish life in the 17th-20th centuries.

The high point of the tour was a stop at the Bevis Marks Synagogue, an outgrowth of the first synagogue. The oak benches from Creechurch Lane Synagogue were installed in the synagogue and are still present today. When I walked into the synagogue, it reminded me of my 2000 visit to the Great Synagogue in Amsterdam which is part of the Jewish Historical Museum.

Unfortunately, pictures were not allowed inside this Sephardic synagogue that was established in 1701. We were told that candles placed in the enormous candelabras  illuminate the sanctuary for the High Holidays and special occasions. The picture is from the booklet that I purchased.

Outside the Liverpool Street Tube Station, our group huddled around the Kinder Transport monument that was erected in 2006. This statue commemorates the 10,000 unaccompanied children who were given refuge in Britain from 1938-39. I agree with our guide that it is disrespectful to have a long row of green colored garbage receptacles placed right next to the monument.

Walking down a narrow street, we saw the hand carvings that depicted the steps for baking matzah.  That was all that remained of a  prominent Jewish bakery. Other small traces of Jewish life were pointed out as we hopped over large puddles. We stood in front of the Sandy’s Row Synagogue. We were surprised that our guide told us we didn’t have time to go inside even though an administrator was kindly waving at our group to enter.

A subsequent internet search revealed that we missed a special place. This synagogue was started by 50 Dutch families in 1854. In 2009, British Heritage provided a grant that helped restore the oldest Ashkenazic synagogue in London. If you’re traveling to this part of London check out this wonderfully restored synagogue. The photo is from their website.

On a separate journey, unrelated to the walking tour, Ira and I visited the New West End Synagogue, an Ashkenazic Orthodox synagogue built at the end of the 19th century (located near the Bayswater Tube Stop). One of my former teaching colleagues from India recommended this place. Like many synagogues from this time period, the exterior was indistinguishable- a large red bricked building.

Once inside, my mouth dropped wide open as my eyes scanned the well maintained mosaic floor, finely crafted wood seats, marble columns, and colorful stained glass windows. This picture shows why the sanctuary is booked throughout the year for Jewish weddings.

Although my encounter with British Jewish history was limited, my travels added another chapter to my ever increasing book of knowledge.

Shortly after I posted this blog on www.sandrabornstein.com, I received the following comment from Stephen Burstin:

I note and appreciate your disappointment at my tour not including a visit inside Sandys Row Synagogue. With so many fascinating sites to be seen and stories to be told in just two-and-a-half hours, it is naturally difficult to decide what to include and exclude.

As you say in your blog “the high point of the tour was a stop at Bevis Marks Synagogue” the oldest in the UK and in which you and the others sat down to enjoy its splendour and hear from me its enthralling story.

Having consulted several previous clients who have taken this tour with me, the general consensus has always been that one synagogue visit was sufficient if visiting two meant sacrificing any of the other parts of the tour. And it was considered ill advised to extend the tour to around three hours which would be necessary to include a visit inside Sandys Row Synagogue.

I hope my explanation is appreciated and I am delighted you enjoyed my tour.

P.S. I am delighted to report that, having made representation to the rail authorities, those garbage bins you referred to in your blog have been permanently removed.

Sandy Bornstein lived as an expat in India. Her award-winning memoir, May This Be the Best Year of Your Life, highlights what she learned as the only American teacher at an international Bangalore school. After living abroad, Sandy continues to explore the world and write about her travels. You can follow Sandy's adventures at www.sandrabornstein.com.
Previous What’s Jewish About Meditation?
Next The Un-Hebrew School Hebrew School