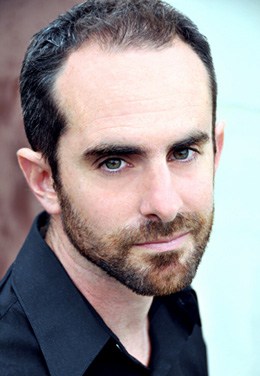 Jay Michaelson returns to the Boulder JCC with his new book, “God vs. Gay? The Religious Case for Equality,” on Monday, April 23 at 7 pm. Co-sponsored by Out Boulder and Keshet, the author talk will focus on the myth that the Bible forbids homosexuality, a myth which Michaelson argues is behind some of the most divisive and painful conflicts of our day.

In his game-changing book, the scholar and activist argues that not only does the Bible not prohibit same-sex intimacy, the vast majority of its teachings support the full equality and dignity of gay and lesbian people, from the first flaw it finds in creation (“It is not good for a person to be alone”) to the way religious communities grow through reflection and conscience.  In short, Michaelson says, religious people should support equality for gays and lesbians not despite their religion — but because of it.

With close readings of the Hebrew Bible and New Testament, the latest data on the science of sexual orientation, and a sympathetic, accessible, and ecumenical approach to religious faith, Michaelson makes the case that sexual diversity is part of the beauty of nature, and that the recognition of same-sex families will strengthen, not threaten, the values religious people hold dear.

Michaelson is a writer, scholar, and activist whose work addresses the intersections of religion, sexuality, spirituality, and law.  Two years ago he came to the Boulder JCC to speak about his previous book, “Everything is God: The Radical Path of Nondual Judaism.”

He is the author of three other books and more than 200 articles, essays, and works of fiction. He is the Associate Editor of Religion Dispatches, a Contributing Editor to the Forward newspaper, and Founding Editor of Zeek magazine. His work on behalf of sexual minorities in religious communities has been featured in the New York Times, CNN, and NPR, as well as several anthologies.

In 2009, Jay was included on the “Forward 50” list of “the men and women who are leading the American Jewish community into the 21st century,” and in June, 2010, he won the New York Society for Professional Journalists “Deadline Club” award for opinion writing.

Kathryn has spent her professional life writing about, teaching, and presenting the arts. Founding Director of the Boulder Jewish Film Festival, Kathryn was Director of Menorah and ACE at the Boulder JCC from 2003 through August, 2019. The former film and theater critic for the Boulder Daily Camera, Kathryn is the author of "The Fifty Greatest Jewish Movies" and "The Fifty Funniest Films of All Time." kathryn.bernheimer@gmail.com
Previous Persian Shore Purim Party This Thursday!
Next CU Recognized at AIPAC Policy Conference