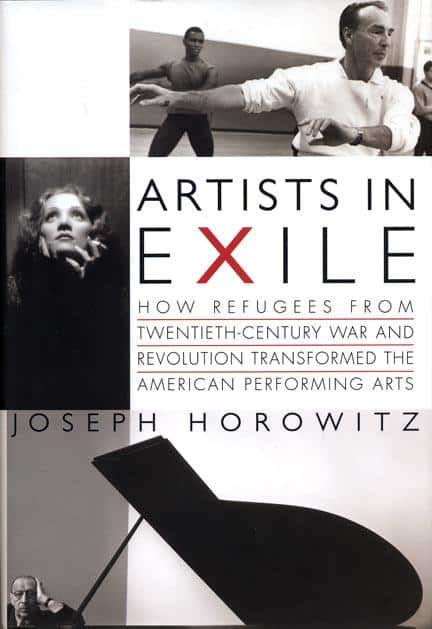 Hitler shook the trees and America picked up the apples.”

In this oft-quoted aphorism of unknown origin, the “tree” was the venerable tradition of arts and culture in Germany that had born rich fruit for centuries. The “apples” were the brilliant artists who were forced to flee Germany and Austria for their very lives.

When Hitler came to power in 1933, many of the greatest minds of their generation found themselves violently uprooted from their homes, history and national identity. Transplanted to the alien American soil, these  creative geniuses promptly transformed the cultural landscape of their host culture.

Most of these apples were deemed rotten by the Third Reich simply based on the fact that they were Jewish, but some were banished because they were anti-Nazi, leftist, or otherwise suspect because of their modernist artistic sensibilities. Indeed, when these refugees hastily packed their bags, they threw in one precious item: the inclination toward artistic modernity.

Although many of the best and brightest enjoyed success and lived luxurious lives in this “palm-tree purgatory,” they still felt caught between two worlds and longed for their European homeland. Many others were frustrated by their lack of options, stumbled over the language barrier, and never recovered their careers or lived up to their promise.

Some stories are fascinating tales of resilience and opportunity, but most are tinged with pain. Out of forced exile came a bitter revenge, the re-imagination of American culture.

Join Menorah as we explore the lives of artists who made their mark in film, theater, music, art, literature and dance in their adopted homeland.  Kathryn Bernheimer will discuss “Artists in Exile”  on Thursday, March 8 at noon at the Boulder JCC. Cost for lunch and learn is $8 at the door.

Kathryn has spent her professional life writing about, teaching, and presenting the arts. Founding Director of the Boulder Jewish Film Festival, Kathryn was Director of Menorah and ACE at the Boulder JCC from 2003 through August, 2019. The former film and theater critic for the Boulder Daily Camera, Kathryn is the author of "The Fifty Greatest Jewish Movies" and "The Fifty Funniest Films of All Time." kathryn.bernheimer@gmail.com
Previous Community Purim Celebration Sees Record Turnout
Next CU’s Stimilli on Artist Michel Fingesten plus Charming Hostess