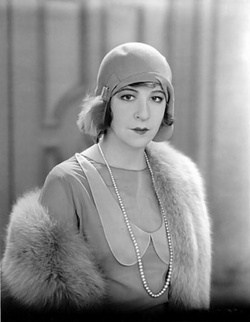 Fanny Brice was the stage name of Fania Borach, the third child of relatively well-off saloon owners of Hungarian Jewish descent. In 1908, Brice dropped out of school to work in a burlesque revue, and two years later she began her association with Florenz Ziegfeld, headlining his Ziegfeld Follies from 1910 to 1911. She was hired again in 1921 and performed in them into the 1930’s. 1921 Follies, she was featured singing “My Man” which became both a big hit and her signature song. The second song most associated with Brice is “Second Hand Rose,” which she introduced in the Ziegfeld Follies of 1921.

Thirteen years after her death, she was portrayed on the Broadway stage by Barbra Streisand in the musical “Funny Girl” and its 1968 film adaptation. Kathryn has spent her professional life writing about, teaching, and presenting the arts. Founding Director of the Boulder Jewish Film Festival, Kathryn was Director of Menorah and ACE at the Boulder JCC from 2003 through August, 2019. The former film and theater critic for the Boulder Daily Camera, Kathryn is the author of "The Fifty Greatest Jewish Movies" and "The Fifty Funniest Films of All Time." kathryn.bernheimer@gmail.com
Previous Dylan Friedman Bar Mitzvah
Next Jewish Themes in Solo Show at BIFF