In light of President Obama’s Thursday, September 8th speech on jobs, two recent articles tell us something about his proposals.

The first is an article by Stanford Economics Professor and former George H. W. Bush advisor Michael J. Boskin in the Wall Street Journal and the second is by Harvard Economics Professor Robert Barro, the third-highest-ranked economist in the world and a probable shoe-in for an eventual Nobel Prize in Economics.

Boskin issues a report card on Obama’s Presidency with regard to the macro-economy, giving us a detailed analysis of its context and comparables with Bush 43 and President Clinton. He laid out the negatives, and did not have any positives. You should read it directly. Some could argue that the new healthcare law is a positive, but that still remains to be seen, and is not yet a positive. We can, in that case, allude to the 2000 or so waivers issued to businesses such as McDonalds seeking to avoid instituting its provisions as a harbinger of the potential negatives. Nonetheless, Boskin does an adequate job in a short essay to put Obama’s past economic policies into a current perspective.

Then there is Barro’s article in the New York Times that puts forth a jobs plan of his own making. Barro calls for some radical ideas that are doable. Institute a VAT (Value Added Tax) that is widely used in Europe and Canada, a consumption tax, that is far more easy to track and collect. At the same time, cut corporate taxes to zero and do away with inheritance taxes. Also, implement two provisions of the Bowles-Simpson plan that would change entitlements under Social Security and Medicare.

Now, let me be clear. I am NOT in favor of any of this plan, and would oppose it. But that is not the point I am trying to make.

The point I am trying to make with the Barro plan is that President Obama could have chosen to put forth other plans than the one he did, which was one more akin to what he has already chosen to do in the first 2.5 plus years of his Presidency. Boskin showed that Obama’s Keynesian policies did not do as projected. Barro is a free-market, non-Keynesian economist and so is Boskin, and they both surely were negative on Obama’s policy prescriptions, but they may instead have both been able to support the Barro plan. The Barro plan is negative to me on the Right, and negative to the Left as well. I would still not support it, but that is not the point. It could pass without me, but it could possibly pass.

And yet Obama chose to go it alone and push a bill that does not have bi-partisan support. Why? Well, interesting question that.

Obama’s chances of winning re-election are dismal (its the economy, stupid) and I think his policy speech is a re-election strategy. He hopes to gin up the Left into a frenzy of class-warfare politics that trades on the plusses of his 2008 campaign victory: that a strong Left-wing constituency will be energized to actively campaign for him. He hopes to paint the Republican Party as completely truculent. This will not work. Clinton simply moved to the center where most of the American public resides, but Obama cannot or will not do that.

Too bad for the unemployed.

You can read the articles in the two publications through the links below:

Boskin: The Obama Presidency By the Numbers

Barro: How To Save the Economy

Stan Kreis has degrees in sociology, economics and accounting. Therefore he is wise, literate, financially sound and married to Kathryn Bernheimer (she would never marry anyone without such credentials). Grave marker: "the world was his oyster, unfortunately, he ate it and got stomach cramps."
Previous New York Trivia: I’ll Take Manhattan
Next GOOD Boulder Fund 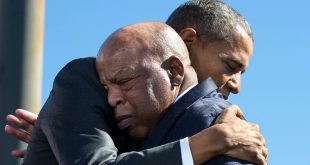 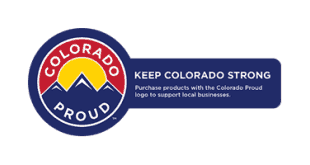 How Can You Buy “Local” During the COVID-19 Situation? 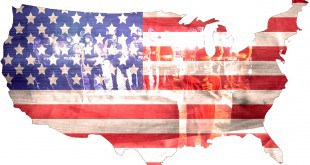