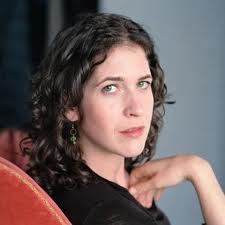 Author Anna Solomon appears Sunday at the Boulder JCC as the Festival of Books and Culture continues. Solomon will discuss her new novel, “The Little Bride,” at 7 m, following Rabbi Gavriel Goldfeder’s 2 pm author talk. Tickets are $10 at the door.

About “The Little Bride”:

When 16-year-old Minna Losk journeys from Odessa to America as a mail-order bride, she dreams of a young, wealthy husband, a handsome townhouse, and freedom from physical labor and pogroms. But her husband Max turns out to be twice her age, rigidly Orthodox, and living in a one-room sod hut in South Dakota with his two teenage sons. The country is desolate, the work treacherous. Most troubling, Minna finds herself increasingly attracted to her older stepson. As a brutal winter closes in, the family’s limits are tested, and Minna, drawing on strengths she barely knows she has, is forced to confront her despair, as well as her desire.

Anna Solomon’s fiction has appeared in One Story, The Georgia Review, Harvard Review, The Missouri Review, Shenandoah, and elsewhere. Her stories have twice been awarded the Pushcart Prize, have won The Missouri Review Editor’s Prize, and have been nominated for a National Magazine Award. Her essays have been published in The New York Times Magazine, Slate’s Double X, and Kveller.

Previously, Anna worked as a journalist for National Public Radio’s Living On Earth, where she reported and produced award-winning stories about the impacts of environmental policy and politics. Anna holds a BA from Brown University and an MFA from the Iowa Writers Workshop and has taught writing at the Sackett Street Writers Workshop and Manhattanville College. She lives in Providence, Rhode Island with her husband and daughter.

To read a recent article from The Forward, click here: http://www.forward.com/articles/143166/

Kathryn has spent her professional life writing about, teaching, and presenting the arts. Founding Director of the Boulder Jewish Film Festival, Kathryn was Director of Menorah and ACE at the Boulder JCC from 2003 through August, 2019. The former film and theater critic for the Boulder Daily Camera, Kathryn is the author of "The Fifty Greatest Jewish Movies" and "The Fifty Funniest Films of All Time." kathryn.bernheimer@gmail.com
Previous Rocky Mountain Jewish Food Summit
Next Len and Nancie Velick – Golden Anniversary