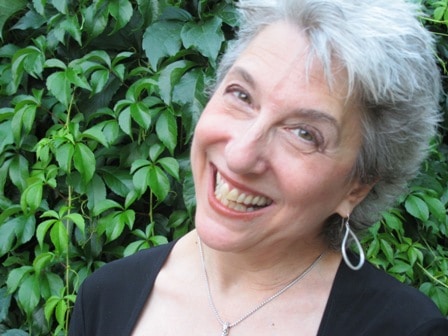 Menorah: Arts, Culture and Education at the Boulder JCC is pleased at announce that Faye Nepon will be artist in residence during the 2010-2011 season. The residency is made possible by the Lisa Antosofsky Memorial Fund honoring the Boulder singer, flautist, percussionist, music teacher and teacher of Judaism and spirituality who lost her 10-year battle with breast cancer in 2003.

Also a talented musician, singer and teacher, Faye Nepon will be featured in several programs at the Boulder JCC in the current year, beginning with two fall performances. She will perform a concert of Italian Jewish music and share her experience living in Italy during Menorah’s Celebration of the Jews of Italy on Sunday, November 7 at 5 pm. She will also perform with Sheldon Sands and the Boulder Klezmer Consort on Saturday, November 13 at 7 pm as part of Menorah’s fundraiser, Crazy for Klezmer, featuring international klezmer star and ethno-musicologist Yale Strom. (Contact kathryn@boulderjcc.org for information on either program.)

Originally from Chicago, Faye Nepon’s fascination with Europe led her to Italy in 1979. Already an accomplished pianist and singer, she quickly began singing with prominent Italian jazz musicians and discovered Italian song. A personal involvement with the Jewish Community of Florence, where her daughter Rachel attended their preschool, led her to research the rich and varied world of Jewish song—from the ancient Sephardic, Ashkenazi and Italian to the more modern Israeli and American—and resulted in years of performances throughout Italy, Europe and the USA with internationally known musicians Igor Polesitsky, Joel Hoffman, Mauro Grossi, David Bellugi and Ivano Battiston. Possessing a versatility that enables her participation in duos, trios, ensembles, and orchestras, she co-founded the trio Shir-Am 3, the Gebirtig Trio and the ensemble Trialogo. Highlights from Faye’s concert engagements include the 2nd International Festival of Jewish Culture in Venice, Italy, concerts dedicated to Polish songwriter Mordechai Gebirtig for the ORF National Radio in Vienna, Austria, at the Yiddish Theater of Warsaw, Poland, the Institute of Jewish Culture of Krakow, Poland, and the Juvarra Theater in Turin, Italy (the latter recorded and broadcast worldwide by RAISAT, Italy’s National Satellite TV Channel). She has sung Jewish music at the Moscow Conservatory of Music, the National Academy of Santa Cecilia in Rome (at Luciano Berio’s invitation) and the Santa Chiara Monastery of Naples, as well as in some of Italy’s most prestigious concert series, including the Amici della Musica of Florence, the GOG of Genoa, Settembre Musica of Turin, and Milano Musica of Milan.  Faye is a frequent guest soloist of the Klezmerata Fiorentina, recently appearing at the Martha Argerich Festival in Lugano, Switzerland, and performs with Sheldon Sands and the Boulder Klezmer Consort.

Faye has recorded several CDs of Jewish music, sung live on Italian, Swiss and Austrian radio stations and was invited by director Roberto Faenza to sing the theme song, “Tum-Balalayke,” on the soundtrack for the major Italian film Prendimi l’Anima (The Soul Keeper).

Since 2003, Faye has divided her time between Italy and the US. Equally passionate about performing and teaching, she is on the faculty of the Rocky Mountain Center for Musical Arts (partnered with the Colorado Music Festival), where she teaches piano and voice and directs Bell’A’Cappella, a women’s vocal ensemble that she created. This term she is offering a new musical theater experience for adults called “Broadway Boomers!” Faye returns frequently to Italy to teach master classes in voice for the Amici della Musica of Florence, is professor of jazz voice at the Nicolò Paganini Conservatory of Genoa and performs varied concerts – from jazz to musical theater and from Jewish to Italian song – both in Italy and the US.

To learn more (and hear a sample of her music), visit www.fayenepon.com. For Menorah programs, visit www.boulderjcc.org.

Kathryn has spent her professional life writing about, teaching, and presenting the arts. Founding Director of the Boulder Jewish Film Festival, Kathryn was Director of Menorah and ACE at the Boulder JCC from 2003 through August, 2019. The former film and theater critic for the Boulder Daily Camera, Kathryn is the author of "The Fifty Greatest Jewish Movies" and "The Fifty Funniest Films of All Time." kathryn.bernheimer@gmail.com
Previous Temple Shalom Seeking Exec
Next The Phenomenon of Pheromones