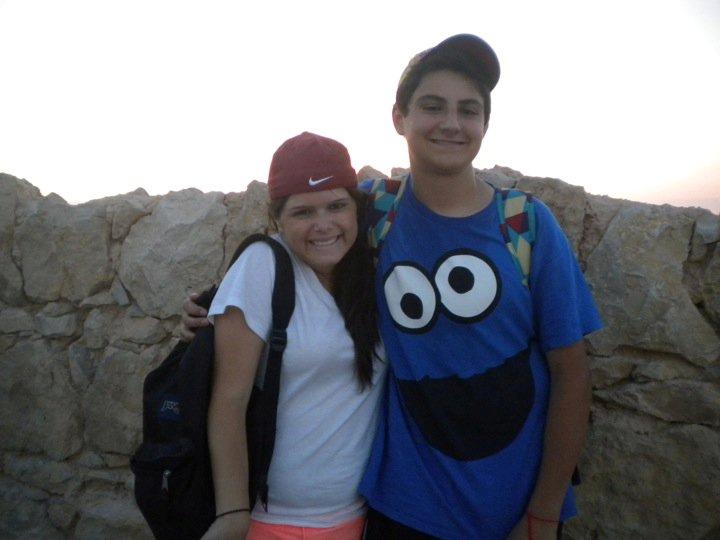 In the heart of Hod Hasharon, a burgeoning suburb just minutes from Tel Aviv, the Alexander Muss High School in Israel is increasingly changing the face of high school educational experiences for hundreds of North American teens each year. Founded in 1972, the High school, known simply as Muss or AMHSI by its students and alumni has seen over 20,000 high schoolers through its doors over the years.

Over the course of the Summer 2010, Zach Dove, of Monument, took part in the school’s summer program joining students from around the country in an experience he described as “a truly amazing way to get to know Israel from both the academic and touring perspectives.”

Defined by a pluralistic and non-denominational outlook, the High School is dedicated to encouraging heightened Jewish identity and familiarity with Israel amongst its participants. The unique educational formula combines traditional classroom education with tours to the actual sites being learned about. “To truly appreciate and identify with Israel, there is no parallel to actually being here,” says Gideon Shavit, AMHSI’s CEO. “Our program offers Jewish education through a very objective perspective that allows the student to form his or her own opinions about Israel and the Jewish world.”

Zach said that this was an aspect of AMHSI which attracted him and which he particularly enjoyed.

You can easily learn about Israel in a classroom, but you can’t get the same connection and feel for the land that you get by touring and studying IN Israel,” he says. “Learning in Israel is amazing because you can learn about say, Kaballah, and then you can actually go to Zefat, where the entire history of Kaballah is and which is still the center for it.”

The school operates throughout the year, with individual programs running from between several weeks and several months. Since its founding, the school has been operating out of the campus in Hod Hasharon but plans are currently in place for a significant expansion in the years ahead. Due to the increasing interest from US high schoolers to participate in the programs offered by AMHSI, the school has recently invested in developing a second campus in the Negev. Through a partnership with the Jewish National Fund and the Israel Government’s Ministry for the Development of the Negev and the Gallilee, construction is actively underway for an environmentally friendly campus in an area called Eshel Hanassi, south of Beer Sheva.

According to Shavit, the project enables AMHSI to be an active player in the physical development of the Negev. “Due to projected population growth, the Southern part of Israel will be the next boom area and we are proud that our school will be a central part of this development,” Shavit says. “Together with our partners from the JNF and the Israeli government, AMHSI is embracing the spirit of pioneers which we believe is something that our students can take great pride in.” Shavit says that longer term plans are also already in place for a third campus to be located in Jerusalem.

Muss is officially accredited with the Middle States Association of Colleges and Schools, which enables participating students to receive full credit for their time in Israel when they return home. The educational curriculum has been designed by a team of experienced educators and is being constantly refined.

Our approach to learning is to present students with the vast diversity that is the modern Jewish experience and allow them to see for themselves what modern Jewish identity is all about,” Shavit says. “We will never point a student in one specific direction or another, whether its in regards to Jewish practice or politics but we can promise that they will be exposed to new and original classes that would be impossible anywhere else in the world.”

Independent studies of Muss alumni have shown that the impact of their Israel experiences last long after their return home. In a 2009 study commissioned by the Jewish Education Service of North America (JESNA), 98 percent of students rated their time at AMHSI among the top three most influential Jewish experiences in their lives and 88 percent of those surveyed were found to have married Jewish spouses.

For Zach, who admits that his experience has been as memorable as he had heard from friends and could have ever hoped, the effects from this educational program are sure to last for years. “Since returning, I definitely feel closer to both Judaism and Israel. I try to go to synagogue more often as well as stay up to date on Israeli current events. Although I live in Colorado, it definitely feels like I have a second home in Israel.”

They call me "NewsHound IV," because I'm a clever Finnegan, sniffing out stories all over the Boulder area. I love Jewish holidays because the food is GREAT, especially the brisket. Well all the food. I was a rescue pup and glad to be on the scent!
Previous Shmooze with Jews at Noodles!
Next Week in Review: August 20th, 2010