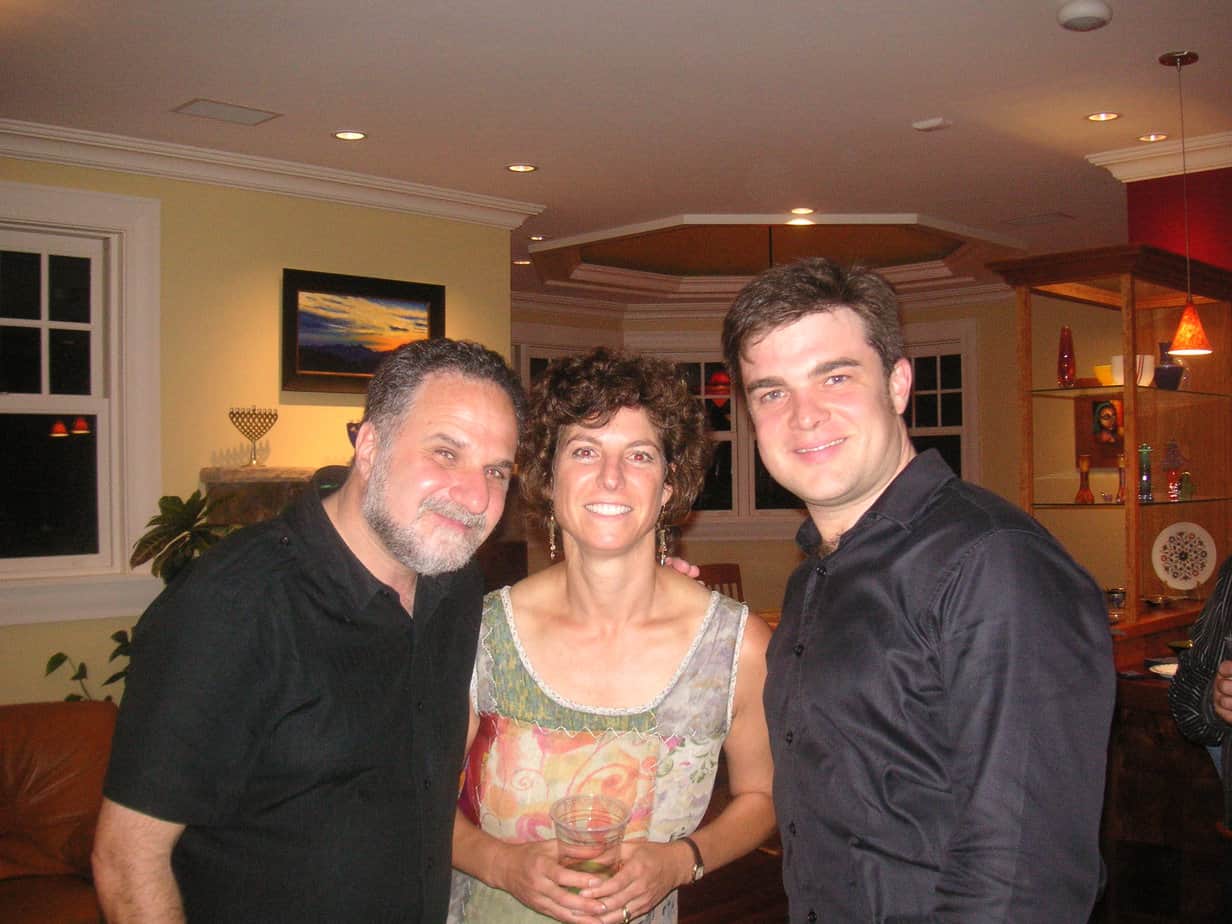 At the Boulder Jewish Festival, I couldn’t help but notice the exceptionally enthusiastic audience reaction to Sheldon Sands and the Boulder Klezmer Concert. There’s just something about klezmer music that is so quintessentially Jewish, that makes you want to dance for joy, that somehow expresses the entirety of the Jewish experience. This music weeps and wails, jump-starts your heart and soothes your soul.

Luckily, I had already planned a Menorah group outing to the Colorado Music Festival concert with David Krakauer on August 1, so I didn’t have to wait long to hear klezmer music played again – and by an artist of world renown and supported by a first-rate orchestra. Krakauer’s performance of Golijov’s Dreams and Prayers of Isaac the Blind was a brilliant piece of classical music fused with klezmer. It was followed by a straight-on klezmer set that brought the crowd to its feet in appreciation of Krakauer’s virtuosity and verve.

At the Menorah reception at the home of Josh and Ellen Taxman following the concert, Krakauer regaled the guests with stories about his life and career. More than 40 people gathered for the after-concert party and the chance to talk to Krakauer, an incredibly warm and outgoing guy who seemed to love being the center of attention, as well as CMF Music Director Michael Christie. Krakauer played musical Jewish geography with the guests – he seems to know everyone in the Jewish music world, including the hot hip-hop klezmer artist So-called, who he mentored. He also shared the role his Jewish mother played in his success. It seems his mother told him at 10 he was too old to start violin and suggested clarinet. When he was 14, while they were washing dishes, she told him he could keep goofing around and have a nice life playing music at clubs or he could get serious and become a world class musician. He took her advice, and his love of classical music and jazz naturally evolved into a passion for klezmer when he stumbled upon the art form that was just beginning its renaissance. Krakauer was one of the musicians Itzhak Perlman turned to when he began to explore klezmer.

On Wednesday, August 18, at noon, at the Boulder JCC, there will be another chance to see David Krakauer, as Menorah presents “Itzhak Perlman: In the Fiddler’s House,” in which the virtuoso violinist takes viewers on an eye- and ear-opening tour of klezmer music, from New York to Krakow. In addition to guest stars Red Buttons and Fyvush Finkel, klezmer groups such as Kapelye, the Klezmer Conservatory Band and the Klezmatics perform. Krakauer said to watch for the moment in the film when Perlman responds to his clarinet solo with a look of awe and amazement.

The klezmania does not stop there, however. On Saturday, Nov 13, Menorah will present an amazing evening of klezmer. This fundraiser (no silent auction! no paddle-raiser! just fun!) will feature Yale Strom, the world’s leading ethnographer-artist of klezmer music and history, and the author of the recently released book, “Dave Tarras: The King of Klezmer.” Yale Strom is a violinist, composer, filmmaker, writer, photographer, playwright, and a pioneer among klezmer revivalists. Sheldon Sands and his amazing hot klezmorim will perform before and after Yale Strom’s tribute to the guru of the American klezmer revolution. There will be a reception with Strom, libations and food. Should the irresistible urge to dance strike, well, then the event will have lived up to its name: Crazy for Klezmer!

For information on any and all Menorah events, contact kathryn@boulderjcc.org.

Kathryn has spent her professional life writing about, teaching, and presenting the arts. Founding Director of the Boulder Jewish Film Festival, Kathryn was Director of Menorah and ACE at the Boulder JCC from 2003 through August, 2019. The former film and theater critic for the Boulder Daily Camera, Kathryn is the author of "The Fifty Greatest Jewish Movies" and "The Fifty Funniest Films of All Time." kathryn.bernheimer@gmail.com
Previous Hadassah Training Wheels Program Starts Soon
Next Roots & Branches Chooses Members