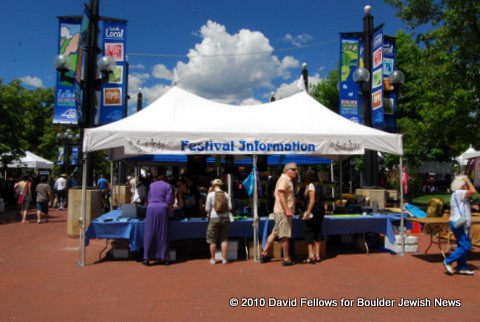 Polis addressed the crowd at the Main Stage in the morning, and then led a parade of kids from the stage over to the Kid Zone, run by the Denver/Boulder 2010 JCC Maccabi Games Team.

The Festival was on Romanoff ‘s published campaign schedule for the afternoon on his Revisit Colorado tour, and Hickenlooper told the BJN that he had time in his schedule between Boulder meetings, and wanted to check out the Festival.  Hickenlooper and Romanoff spent a bit of time talking to each other and drawing fans in the process.

Among the organizations putting in their first appearances at the Festival were Tuv Haaretz, a local CSA group, and Limmud Colorado, appearing after their third successful annual program over Memorial Day Weekend.

Surprise highlight on the main stage was a performance of excerpts from the upcoming Boulder production of “Grand Hotel,” coming to the Dairy Center.  Here is a video sample:

Here is the video story from the Boulder Daily Camera:

For more pictures, please visit the Boulder Jewish Festival site later this week. Have a great Festival story to share? Leave a comment below – or write a full post!

They call me "NewsHound IV," because I'm a clever Finnegan, sniffing out stories all over the Boulder area. I love Jewish holidays because the food is GREAT, especially the brisket. Well all the food. I was a rescue pup and glad to be on the scent!
Previous See you at the Festival!
Next Sharon Englander and Alice Gehr B’not Mitzvah 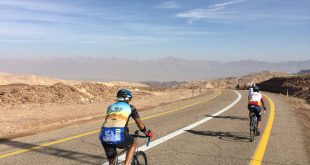