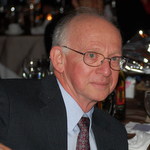 Jeffrey Linsky will be honored at this year’s Boulder Jewish Day School Annual Event.  Jeffrey is one of the founders of our school, and we are privileged to have him on our Board, and to celebrate BJDS’ 15 year anniversary with him.  Jeffrey wanted us to share this statement with the Boulder Jewish community:

Only 15 years ago, the idea of a community Jewish day school was just a vision in the minds of a few people in the Boulder Jewish community. Our vision was a school with two important objectives: the highest quality secular education that stimulates students to think for themselves; and a deep understanding of Jewish learning, culture and the Hebrew language.  Many at the time doubted that this vision would ever become a reality.

A major reason for setting up the Boulder Jewish Day School was the results of several studies to determine the programs that are actually most successful in stimulating Jewish children to become active members of the Jewish community in their adult years.  These studies showed that the three most successful programs are:  Jewish day schools, trips to Israel, and Jewish youth activities, including summer camps.  Nothing is guaranteed in this world, but these studies showed that if we are serious about having a vibrant Jewish community in the next generation, these are the programs that are best able to get us there.

Before the first students were enrolled, the BJDS Board decided that the school should follow the community day school model. Many Jewish day schools are sponsored by and follow the curriculum of a specific religious movement within Judaism. A smaller number of Jewish day schools are of the community type.  These schools are not affiliated with a specific denomination, but welcome  students from a broad range of Jewish backgrounds. Their Judaic curriculum emphasizes what unites most Jews rather than what divides us. This type of school was selected given the size of the Jewish community in Boulder County and its broad diversity.

During the last 15 years the BJDS has been in many locations including the Boulder JCC, Congregation Har HaShem, Congregation Bonai Shalom, a school building in Lafayette, and now in its own building on Lookout Road. We have had many heads of school, including our present Head, Shoshi Bilavsky, and many hard working presidents and Board members.  Through the years, the vision has remained constant and the school’s greatest accomplishments are its graduates.  Our strongest advocates are the parents of our students.

Jeffrey is a professor of astrophysics at the University of Colorado at Boulder. He does research on stars, the interstellar medium, chemical evolution of the galaxy, and the abundance of the deuterium isotope. His research involves observing with the Hubble Space Telescope and other satellites. He received a Bachelor of Science degree from the Massachusetts Institute of Technology and his PhD from Harvard University. He has published many papers in astronomical journals and edited several books. He enjoys teaching young people about science and astronomy. Jeffrey and his wife Lois have lived in Boulder since 1968 and their two children grew up here. He is a founding member of Congregation Bonai Shalom and before that was President of Congregation Har HaShem. He has been on the Board and Ritual Committee of Bonai Shalom for many years. He was also President of the BJDS.