A Lesson From Chile

Stan Kreis October 19, 2010 Guests and Blogs Comments Off on A Lesson From Chile

Chile is on my mind. Chile is on a lot of our minds. In the midst of economic crisis, Islamist threats, Israel’s isolation, bitter and growing divisions in multiple dimensions, the recent rescue of the Chilean miners brought a degree of unity….a resurgence of faith, hope and charity.

I needed that, and I think many others did as well.

But one aspect of all this seems to me uncovered. So I will attempt to fill the gap.

In all the fiery rhetoric strewn on a battlefield of class warfare; a tirade, a hosanna about the evils of the rich, the bankers, the oil industry, the chamber of commerce and, of course, capitalism, it is forgotten and largely ignored that capitalism saved the miners.

Only 20 years ago such a disaster would have resulted in the deaths of the miners even as they survived the initial mine collapse. But here, as in 2002, a little known company in Berlin, Pa., Center Rock Inc., supplied the almost magical, new drill bit capable of digging the wormhole that brought them from hell to heaven. Someone was undoubtedly thinking of a profit incentive when they invented it.

One of the miners is said to have had a panic attack because, being a veteran of the mines, he could hear the rumblings of the earth that foretold another collapse approaching. But the new drill bit invention meant that they could be rescued in October instead of December (or later).

And let us not forget the role of the NASA-inspired communications equipment with which contact was maintained and oversight of their health was managed. And NASA is a government inspired entity. Of course, much of NASA’s equipment comes from the private sector. Nor should we forget all the communications equipment that allowed focus to be maintained on the plight of the miners from all over the world. A bow to the American (and Israeli) tech industry. How important is it that a Pennsylvania company knows about the miners plight in Chile? Very important, as it turned out. Bow to the private media.

This is a world where politicians sometimes make the self-serving divide of rich and poor, capitalist and worker, the central theme of their own personal aggrandizement. So do left-wing organizations. Sometimes they serve us by bringing to public attention problems to which we need to find solutions. Good for them. A bow to both left-leaning journalists and right-leaning journalists such as John Stossel. Still, such politicians are ready to attack where capitalists become vulnerable, and when the stick is handy, but few words of thanks for the strong points of capitalism….and capitalists.

Now, about that new Jewish Community Center building we all want…….

Stan Kreis has degrees in sociology, economics and accounting. Therefore he is wise, literate, financially sound and married to Kathryn Bernheimer (she would never marry anyone without such credentials). Grave marker: "the world was his oyster, unfortunately, he ate it and got stomach cramps."
Previous Celebrating Jewish Education
Next 10 Gluten-Free Brunch Ideas 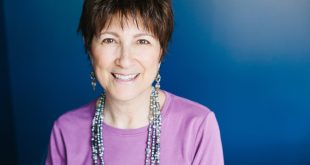 Navigating Life’s Challenges Through Stories of Our Ancestors