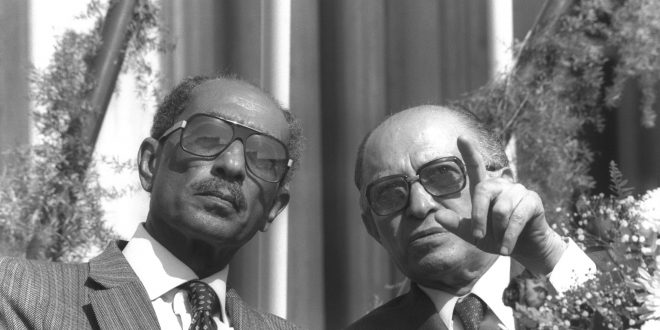 “We are proud to host a community screening of the first English documentary about Begin, a leader who was passionate about the Jewish people,” says Rabbi Yisroel Wilhelm, Leader of CU Boulder Chabad.

The screening date coincides with the 45th anniversary of the Camp David Treaty. Begin, President Anwar Sadat, President Jimmy Carter, and support staff spent thirteen days at Camp David in a high-stakes conflict resolution endeavor. What resulted was a treaty that is still viable today. Both Begin and Sadat were awarded the Nobel Peace Prize for taking political risk for the sake of peace between their two countries.

The film’s Executive Producer Rob Schwartz, who will be speaking at the event, says the film documents the secret drama leading up to the meetings. “For more than 6 months, the two men communicated privately before President Jimmy Carter was even aware of their outreach. Their communications were eloquent in their desire for their citizens to experience peace,” Schwartz says.

“As we are about to commemorate the historic Camp David Treaty on September 17,” says Jason Greenblatt in his new book on the historic Abraham Accords in 2020, “In the Path of Abraham,” “we must acknowledge the courage and commitment to peace by President Anwar Sadat of Egypt and Israeli Prime Minister Menachem Begin.”

Greenblatt played a principal role in achieving the 2020 peace process which resulted in a series of treaties that normalized diplomatic relations between Israel, the United Arab Emirates (UAE), Bahrain, Sudan, and Morocco.

Says Greenblatt, “Those of us who worked on peace between Israel and its Arab neighbors stood on the shoulders of Sadat and Begin in our diplomatic efforts. The Camp David Treaty, which remains durable today, was evidence that peace is achievable. The courageous leaders of these nations proved this once again, as they followed Sadat and Begin’s historic achievement.”

Wilhelm states, “This is an opportunity to learn about a unique and revered Jewish leader and to bring an important historic perspective to current day issues.”

UPHEAVAL was recently voted “Best of the FEST” by the attendees of the New Hampshire Jewish Film Festival. More than 100 articles and reviews have been issued praising the documentary for its frankness and honesty.