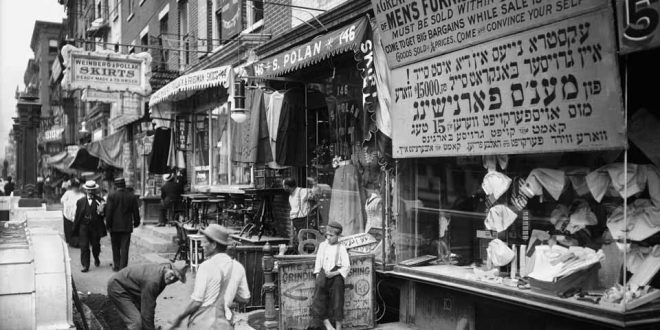 Lawrence Goodman December 12, 2022 Chanukah Comments Off on America’s Yiddish Schools: When Chanukah Was About Politics and Zionism, Not Gifts

Not so long ago, Chanukah celebrations in America were frequently about politics, Jewish strength and triumph, and Zionism.

Growing up in Detroit in the 1960s, Brandeis University associate professor of Yiddish Ellen Kellman sang Hanukkah songs inspired by the American socialist writer Morris Rosenfeld, one of the so-called “sweatshop poets.”

And when she learned the story of Chanukah — how the Maccabees waged a successful rebellion against the Greco-Syrian king in ancient Judea — it was to celebrate a victory over oppression.

Kellman attended one of the country’s secular Yiddish schools, which had been established some 50 years earlier by Eastern European immigrants as an alternative to religious and Hebrew schools.

Chanukah had always been a minor holiday for Jews living in Europe. But in America, beginning in the late 19th century, it became a big deal. This was partly because Jews wanted a festivity to compete with Christmas.

But, according to Kellman, Chanukah was also brought into the mainstream of American Judaism by the Yiddish schools, which saw the holiday as an opportunity to strengthen Jewish identity, build Jewish pride, and instill certain political values.

Most Yiddish schools disappeared by the end of the 1980s, largely the result of declining interest in Yiddish, the upward mobility of Jews out of the working class, the rise of suburban Hebrew schools, and assimilation. As a result, the Yiddish schools’ vision of Chanukah has largely been forgotten.

What was the impetus for starting these schools?

So, imagine you’re a Jewish immigrant from Eastern Europe, living in a city like New York, Cleveland, Detroit, or Chicago, and working in a factory because that’s the only job you can get. Most likely, you had a religious upbringing, but you’re not so religious anymore.

Meanwhile, a clash with American and Christian cultures erodes your culture. Your kids are going to public school and speak English fluently. But you still have this whole cultural tradition that animates your life.

So I think the impulse to create the schools for that type of parent was to preserve their culture, history, and tradition and keep their children connected to Jewishness. Overall, the mindset was, “We are Jews. This is our ethnicity. This is our culture. This is our heritage. And we need to teach our children all about it.”

Tell us a little about the schools.

They reached their peak in the 1930s and 1940s when roughly 300 schools in the United States and Canada had around 20,000 students. [Source: Passionate Pioneers: The Story of Yiddish Secular Education in North America, 1910-1960]

There were four main branches:

What was it like to go to a Yiddish school?

You would go to public school during the day and then go to Yiddish school for several hours, maybe not every day, but at least a few days a week. In the beginning, classes were taught in Yiddish, the language many students spoke at home. When I went, we took classes to learn Yiddish.

What you learned also depended on the political affiliation of the school. For example, in the Labor Zionist movement, schools emphasized Tu BiShvat (Jewish Arbor Day when trees are traditionally planted in Israel). In socialist and communist Yiddish schools, workers’ rights and civil rights were stressed.

In my school, we read Bible stories, but they were never presented as religious teachings. They were presented as an important part of the cultural heritage of the Jewish people. We needed to know what the Bible had to offer us culturally.

We did a lot of singing and putting on Yiddish plays because the head of the school was a frustrated Yiddish actor. I remember whole passages from these plays. Singing and acting in plays was a highlight for me.

How was Chanukah viewed and celebrated?

It was seen as a very political holiday.

The story of the Maccabee rebellion was seen as about Jewish strength and Jewish resistance to oppression. Certainly, in some schools, it was linked to nationalism and Zionism, showing how the Jews fought to rule over their own land.

But it didn’t necessarily have to be about Israel. In my school, the teachers wanted to instill pride in being Jewish and being different from the rest of mainstream culture.

We sang many Chanukah songs and put on Chanukah plays where we’d dress up like the Maccabees. It was definitely something that kids looked forward to.

But it didn’t involve presents. And it was not made into the kind of parallel to Christmas that it is today.

One song you sang in school was based on the poem “O, ir kleyne likhtelekh” (“Oh, You Little Candles”) by Morris Rosenfeld.

Rosenfeld wrote the poem at the end of the 19th century to celebrate the heroic deeds of Jews long ago. But it concludes on a sad note. It basically says we’re telling this story of great heroism, but it’s unimaginable to us now because we’re so oppressed. This is a beautiful fantasy, but it has nothing to do with our lives.

At the time, there was a whole generation of Jewish immigrants who were living impoverished lives. The song expresses their feeling of despair.

When I see you flickering,
A sparkling reverie arises.
An old dream speaks:
“Jew, you warred once;
Jew, you were once victorious.”
God! It seems unbelievable now!…
God! I can hardly believe it!…

Yiddish secular schools have almost all disappeared. What’s been lost?

These schools connected children with their Eastern European Jewish past, something most American Jews know nothing about today. We were lucky that it was instilled in us.

Eastern European Jewish culture was an important part of the foundation of today’s American Jewish culture. If we don’t understand what our forebears experienced in any real way, then we’re losing out on our own identity. 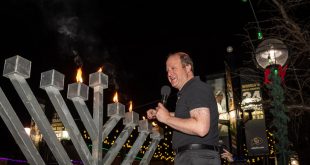