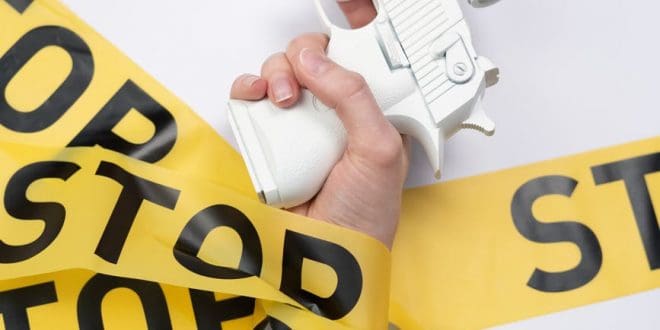 Photo by cottonbro on Pexels.com

Bruce Ticker August 26, 2021 Guests and Blogs Comments Off on Column: Shot To Death Outside Denver Yeshiva

When Shmuel Silverberg, 18, was shot outside Yeshiva Toras Chaim in Denver’s West Colfax neighborhood on Tuesday, Aug. 17, his assailants were not satisfied. Silverberg ran away from them, and they chased him just inside the school where fellow students tried to perform CPR on him.

Silverberg, who was studying at the religious school as a post-high school student from Cleveland, was rushed to the hospital, where he died, according to the Jewish Telegraphic Agency.

This was the second time in three months when gun violence directly touched the Jewish community, while Congress refuses to enact gun-safety measures. Efraim Gordon, 31, died last May 3 after reportedly being shot during a confrontation with three juveniles in the Park Heights neighborhood in northwest Baltimore.

Then there are the shooting deaths at synagogues in Pittsburgh and Poway, Calif., and a kosher grocery store in Jersey City. These victims are among 300,000 people who died in shootings in the United States during the last eight years alone, former U.S. Rep. Gabby Giffords wrote in Wednesday’s Philadelphia Inquirer.

It is yet unclear if anti-Semitism played a role in either death in Denver and Baltimore as police found no hard evidence of it. However, the Denver incident occurred in front of a yeshiva and Gordon, who was visiting from Jerusalem, was attacked in an Orthodox Jewish neighborhood where he stayed with relatives.

Even so, as Scott Levin of Denver’s Anti-Defamation League told a JTA reporter, “While police do not believe the victim was targeted because of his Jewish identity, the shooting has certainly shattered a sense of peace and calm in the community.”

Some American Jews have considered moving to Israel as anti-Semitism overwhelms the nation and gun violence persists. They figure that they will live among their people where they will not be troubled by anti-Semitism.

When I learned about Shmuel Silverberg’s death, I caught four news stories in last Friday’s Inquirer reporting on gun violence throughout the Philadelphia region. Two Philadelphia men were charged with first-degree murder for fatally shooting a man sitting in his car in Chester County.

Another Philadelphia man was sentenced to 55 years in prison for killing a 2-year-old girl after indiscriminately firing shots through the walls of a Kensington home. He was targeting the child’s father over a drug dispute.

A Bucks County man who led police on a car chase through two counties was fatally shot in the head by a police officer after he fired at them in Northeast Philadelphia, a few miles from my residence. Across the Delaware River, New Jersey state and federal authorities announced the arrests of 11 members of a Camden-based crime ring trafficking in illegal weapons; they seized 20 illegal firearms that included two assault rifles, several handguns and two large-capacity ammunition magazines.

At the same time, Philadelphia City Controller Rebecca Rhynhart issued a report criticizing Mayor Jim Kenney and City Council for spending an insufficient percentage of its $155 million anti-violence budget for intervention efforts that will probably have short-term results within one or two years, according to the Inquirer. “We need to fund intervention programs at a higher level,” she said.

Intervention focuses on programs for individuals most likely to shoot or to be shot, so it can produce the swiftest results while prevention programs such as youth monitoring, after-school programs and mental-health services could take five to 10 years to take effect.

Those programs are important, but none of them can succeed so long as guns are widely available. Congress has ignored legislative proposals that are expected to drastically reduce gun violence. Giffords, who survived a shooting spree a decade ago, pressed for gun-safety laws when she visited Philadelphia on Tuesday to unveil 17,000 vases of white flowers lined up in front of Independence Hall – with each vase representing a life snuffed out by a gun in Pennsylvania during the past year.

“We have waited far too long to enact this foundational piece of gun safety legislation, which would reduce gun violence by keeping guns out of the hands of people legally prohibited from having them,” she added.

Though her injuries forced her to retire from office, Giffords still wields unusual influence in Congress. Her husband, Mark Kelly, is serving his first term as Arizona’s junior senator and is willing to vote to eliminate the filibuster so the majority party, the Democrats, can institute such legislation.

“Senate Republicans continue to block progress, even as gun violence surges across the country,” she wrote.

Blame cannot be limited to the Republicans. Two Senate Democrats, Joe Manchin of West Virginia and Kyrsten Sinema of Arizona, are ardent about retaining the filibuster, which prevents Democrats from casting their 50 votes for a bill; a tie vote with the GOP’s 50 votes would be broken by Vice President Kamala Harris.

Most mystifying is the question of how the suspects in the slayings of Shmuel Silverberg and Efraim Gordon obtained their guns. Suspects in the Denver killing ranged in age from 18 to 21 and in Baltimore they were all 18 or under. Even if they could not obtain guns from a dealer in their own states, the guns could have been smuggled from other states where the term “universal background checks” is absent from their vocabularies.

Shooters in Chicago need only buy guns from a store in Indiana, which borders Illinois . Including the south side of Chicago where the highest percentage of gun violence in Illinois occurs.

Had universal background checks been established in federal law, maybe Gordon and Silverberg, whose family now lives in Lakewood, N.J., would be alive today. The most realistic hope is that Democrats expand their Senate majority in the 2022 election by at least two senators, and then we will need not be concerned about Manchin and Sinema. At the present rate, by then we will need to install another 25,000 vases in front of Independence Hall.

Bruce S. Ticker, who writes from Philadelphia, also blogs for The San Diego Jewish World and Smirking Chimp and previously for the suspended Philadelphia Jewish Voice. He was previously a reporter and copy editor for daily newspapers in eastern Pennsylvania.
Previous This Ark Named Earth
Next Open Letter from Yeshiva Toras Chaim to Our Community