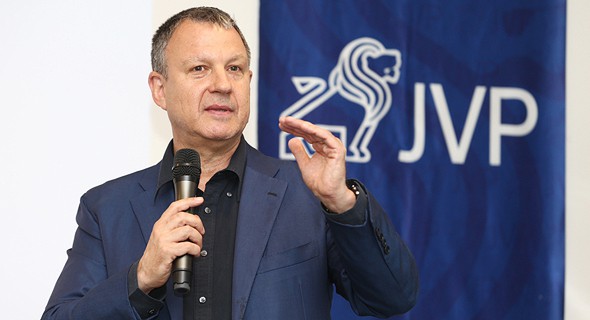 Staff February 20, 2020 News Comments Off on Israel’s Erel Margalit to Global Mayors – “Cyber Attack Could Bring the Next Coronavirus”

“I already said two years ago, that anyone who knows how to breach the financial systems of pharma companies can also break into their labs – That’s the big danger. Every city that views itself as a global hub must have an international cyber center.”

“Coronavirus can also spread through cyber attack,” said Erel Margalit, the Founder & Chairman of JVP and one of the pioneers of investment in Israeli and global cyber technology. “The outbreak of the virus and the way the world is dealing with it, is like a script for the onset of global cyber attacks. We have witnessed cyber breaches at drug companies in the past, such as the Dragonfly virus in 2013, but so far what we have witnessed is theft. In recent years, I have warned time and again: Those who breach the finance departments of pharma companies can also break into their labs. These criminals are able to alter the composition of medicines and do even worse. We have no proof that the current virus is the result of a cyber attack, although we know that it could be.

“The criminals and cyber terrorists who are planning the next attack and the companies who are working to defend against them, are studying the effects of the virus 24/7 and they see how it is crossing borders, creating global panic which has a real impact on the international economy. This is a promo of what a high-quality, pinpointed cyber attack can do to the world.”

Margalit added, “Israel would love to export its knowledge to the world and build the next global innovation centers. Every city that views itself as a global hub must have an international cyber center. The world’s biggest global threat is the cyber threat – It threatens public health, financial systems, the media, infrastructure, democracy and individual freedom. The cities which develop solutions to these problems will become the cities that lead tomorrow’s world. The State of Israel’s success story in becoming a global cyber leader will be the success story of the world’s leading cities in the coming decades.”

They call me "NewsHound IV," because I'm a clever Finnegan, sniffing out stories all over the Boulder area. I love Jewish holidays because the food is GREAT, especially the brisket. Well all the food. I was a rescue pup and glad to be on the scent!
Previous New Book by Rasof on Rasof
Next “Shalom, Make Yourself at Home!”: New Jewish Museum to Open in New Orleans Fall 2020