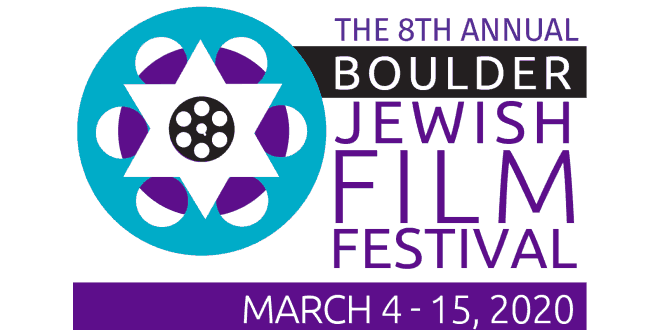 Kathryn Bernheimer February 26, 2020 Arts & Culture Comments Off on Dani Menkin Follows Two Extraordinary Men on the Adventures of their Lives

With a journalist’s rigor and an athlete’s vigor, filmmaker Dani Menkin brings a sense of urgency and passion to his investigations of  human subjects.

His two new films focus on an African American basketball legend in Israel, and an Israeli underwater photographer on a dangerous quest. Menkin returns to the Boulder Jewish Film Festival for Centerpiece screenings  of “Aulcie” and “Picture of His Life” on Wednesday, March 11 at the Dairy Arts Center. Tickets click here.

Growing up soccer crazy in Israel, Dani Menkin dreamed of becoming a professional athlete, but turned to sports reporting. As a journalist for the Israeli Sports Channel, Dani learned how to tell a story with economy and personal empathy.

His sports reporting background paid off when Menkin started making his own feature films in 2005. His ability to find dramatic subjects and his dynamic cinematic style have earned him acclaim and awards, and his films have been sold to major international platforms and won him two Israeli Oscars.

Dani’s most recently achieved major critical and popular success in 2017 with “On the Map,” which fused an iconic moment in Israeli history with a thrilling sports victory: fledgling Maccabi Tel Aviv’s out-of-the-blue triumph in the 1977 European Basketball Championship. Rife with metaphor, “On the Map” benefited from its historical significance. It was the feel-good Jewish film of the year.

In an interview, Menkin described the impact of an Israeli team defeating the mighty Soviets who supported their enemies and refused to recognize the Jewish homeland.

“Think about what it meant to someone like Nathan Sharansky, the Soviet Jewish dissident, when he was arrested, to be able to say to his KGB captors ‘Hey, I heard Maccabi beat CSKA.’ And to beat them, and show the world that Israel is on the map, not just in basketball but in everything. That’s why people love the movie,” Dani explained.

Coincidentally, Natan Sharansky is the subject of yet another festival film, “From Slavery to Freedom,” which depicts another underdog Jewish battle story, that of the Refuseniks seeking freedom from anti-Semitic oppression.

Menkin made “Aulcie” as a follow-up to “On the Map” because he was fascinated by one player  whose  exceptionally interesting story also reflected the complexities of Israeli life. Menkin decided to tell the whole incredible life story of Aulcie Perry, who stayed in Israel after the upset victory that put Israel on the map, married an Israeli supermodel, converted, got into drugs, and, well, it’s quite a journey.

Menkin also dove headlong into a new subject when he decided to make a perilous trip into the Canadian high Arctic to follow Amos Nachoum on his quest to film the world’s largest and deadliest human predator, the Polar Bear, while swimming with them unprotected.

He collaborated with Yonatan Nir, with whom he worked on “Dolphin Boy,” on this ocean venture, many years in the planning because of the huge expense involved. They had a five-day weather window and could easily have come back empty-handed. Instead, the stars aligned.

“Picture of His Life” expresses a profound love of nature. It is about a man chasing his demons, a passionate purist heeding the call of the wild, an artist willing to risk all for the perfect image. It is about a man, at 65, with one last chance to fulfill a life-long goal.

In both films, Menkin follows a man on the adventure of his life, examining what drives people to live astounding lives. Both films look at the challenges people set for themselves, inviting the audience to share in the pain behind their sense of purpose.

One of the finest documentary filmmakers working today, Menkin lets the camera tell both stories. His work is visceral, his films uplifting yet devoid of sentimentality. The one-time journalist has never lost his nose for a good human interest story.

Kathryn has spent her professional life writing about, teaching, and presenting the arts. Founding Director of the Boulder Jewish Film Festival, Kathryn was Director of Menorah and ACE at the Boulder JCC from 2003 through August, 2019. The former film and theater critic for the Boulder Daily Camera, Kathryn is the author of "The Fifty Greatest Jewish Movies" and "The Fifty Funniest Films of All Time." kathryn.bernheimer@gmail.com
Previous Purim Events for All Ages with the Boulder JCC
Next Join CU Boulder’s Jewish Studies for Hebrew Schmooze-A-Palooza