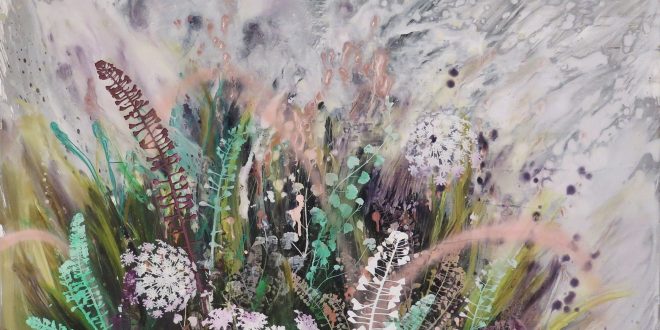 The entire community is invited to the exhibit opening and reception on Monday, March 2 at 5:30 pm. Along with having a first look at the new artwork, there will be a conversation with the artists at 6:30 pm and opportunity for questions. 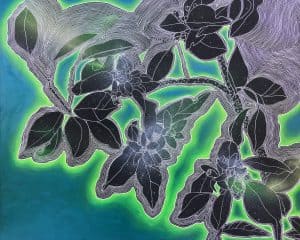 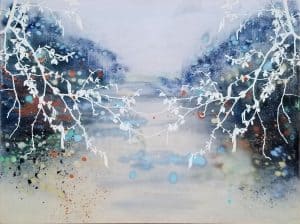 Cara Enteles is best known for her nature, landscape paintings on Aluminum and Plexiglas panels. “My work is the result of my fascination and study of the natural world.” She has developed a unique technique that combines silkscreen printing and oil painting on these industrial substrates. The aluminum has a reflective ground that changes with the light, mimicking the natural world. The acrylic is built up in transparent layers painting on multiple sides to create great depth. Enteles is a 20 year resident of the Upper Delaware Valley which is the source of inspiration for her work. Underlying these seemingly beautiful paintings, Enteles infuses her thoughts on environmental issues. “In my mind the trees and plants of the paintings represent nature as a being. They exude power that man continually tries to manipulate. I aim to be an advocate for nature.” Enteles’s work is exhibited nationwide and in Europe. Cara Enteles is represented by the Walker Fine Art Gallery.

Kai Murga-Canales is the Director of Marketing and Communications at the Boulder JCC. Originally from Miami, Kai moved to Boulder from Atlanta, where he worked for the Jewish Federation of Greater Atlanta and Limmud Atlanta + Southeast.
Previous Calling All Poets
Next Ezekiel Webber Bar Mitzvah