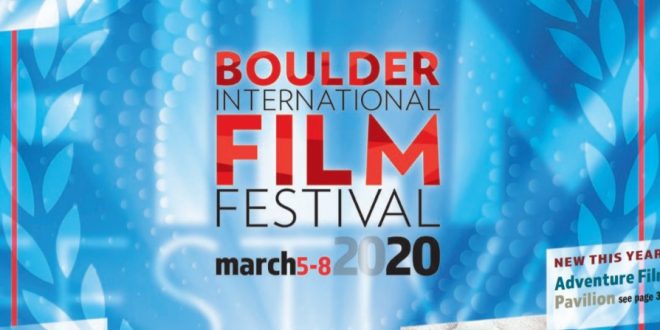 The Boulder International Film Festival released their schedule on February 14th, and it includes several films that may be of interest to the Jewish Community. You can find information on the whole program, and purchase tickets, here. BIFF runs March 5-8, 2020 in Boulder.

Here are the films that may be of particular interest:

“My Name is Sara” – This film is based on the true life story of Sara Goralnik, a 13-year-old Polish Jew whose entire family was killed by the Nazis in September 1942.  She managed to escape, stole a Christian friend’s identity, and took refuge in a small Ukrainian village.  The film shows the lengths Sara must go to protect her true identity.  Zuzanna Surowy, whose portrayal of Sara is brilliant, is a Polish high school student with no prior acting experiences.  Film website with trailer:  https://mynameissara.com

“The Euphoria of Being” – This documentary is about Éva Faahadi, who was 20 years old and alone when returned to Hungary from Auschwitz Birkenau.  The Nazis murdered 49 family members, including Éva’s mother, father, and little sister.  Seventy years later, director Réka Szabó asked 90 year old Éva to participate in a dance-theater performance about her life with internationally acclaimed dancer Emese Cuhoko.  The resulting duet not only distills key moments of Éva’s life, but also shows how a powerful relationship forms between these three women.  Trailer: https://youtu.be/s-k4lNZLyxQ

“Those Who Remained” – This Hungarian drama takes place from 1948 to 1953 and delves into the lives of two Holocaust survivors:  Aldo, a 42 year old doctor, who leads a solitary and closed off existence after his wife and small boys perished, and Klara, an outspoken teenager who cannot accept the disappearance of her parents and continues writing letters to them, hoping that they’ll return.  After they meet, a bond forms between them and Aldo becomes a father figure to Klara.  This relationship coincides with the era of Stalinism and they are investigated by the Communist government because their relationship relationship is misunderstood.  The film has been described as a lyrical story of the healing power of love in the midst of conflict, loss, and trauma.  Trailer: https://youtu.be/KF2K_rLZSjw (Also being shown at the Boulder Jewish Film Festival.)

“Resistance” – This film, starring Jessie Eisenberg, tells the story of Marcel Marceau’s involvement in the French Resistance and the way he utilized his acting skills to teach orphaned Jewish children how to survive the horrifying reality of the Holocaust. See this “sneak peek” published by People: https://people.com/movies/first-look-jesse-eisenberg-reveals-the-personal-reason-he-connected-to-wwii-movie-resistance/ This film is the Red Carpet Film and will include an appearance by and interview with Jessie Eisenberg.

“Henri Dauman: Looking Up” – Holocaust survivor Henri Dauman has been called one of the greatest photojournalists of the 20th century.  John F. Kennedy, Miles Davis, Marilyn Monroe, Brigitte Bardot, Elvis Presley and others have all found a home inside Henri’s archive on one million negatives.  But for all his achievements, few know the details of his remarkable story.  After the Holocaust robbed Henri of both his parents at age thirteen, he set out to rebuild is family at any cost.  Through love, persistence, and uncompromising vision, he achieved something more: an artistic legacy for the generations.  A sneak peak of the film – Henri photographing JFK’s funeral – can be found on the film’s Facebook page: https://www.facebook.com/watch/?v=1766493120237405. Henri will be speaking after the film.

They call me "NewsHound IV," because I'm a clever Finnegan, sniffing out stories all over the Boulder area. I love Jewish holidays because the food is GREAT, especially the brisket. Well all the food. I was a rescue pup and glad to be on the scent!
Previous Adventure Judaism Holding Passover Retreat in Moab
Next Siddur 101 Class Taught by Rabbi Marc This Wednesday at Bonai Shalom