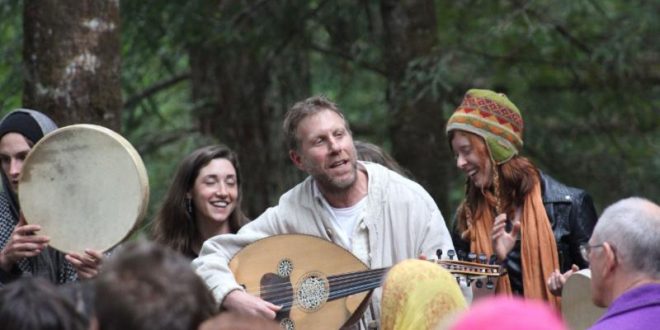 “Music sings of the diversity of the many cultures of the world.  It can be a profound entry into a deeper exploration of the multiculturalism we embrace and are challenged by.”

This beautiful and idealistic sentiment is one few could object to. Yet when the conversation of world cultures centers on the Middle East, all too often our thoughts quickly turn to the news headlines that have hammered us for decades – gruesome images of war, terrorism, stories of failed peace accords and seemingly endless struggle and suffering.  There is no denying the history of this region, the sense of hopelessness that so many feel about the prospects for peace between Israel and its neighbors, and between various regimes throughout the region.  Yet another look at the people and cultures of the Middle East reveals a richness of spirit and generosity that makes for great art and music; and might just make a difference in the world.

Formed in 1999, the Yuval Ron Ensemble endeavors to alleviate national, racial, religious and cultural divides by uniting the music and dance of the people of the Middle East into a unique mystical, spiritual and inspiring musical celebration. The ensemble includes Jewish, Christian and Muslim artists who have been actively involved in creating musical bridges between people of various faiths and ethnic groups worldwide.

An Israeli who came to America to study at the esteemed Berklee College of Music and now makes his home in Los Angeles, Yuval Ron is an award-winning world music artist, composer, educator, peace activist and record producer.

Speaking of his music, Yuval states:

“There are two main arteries that motivate me: one, which is my need to connect to my roots, and the other — and maybe an even greater drive I feel — is a calling and continuous push to make a difference. What really drives me is the social and political message — that we still need to maintain hope in humanity getting along and humanity evolving.”