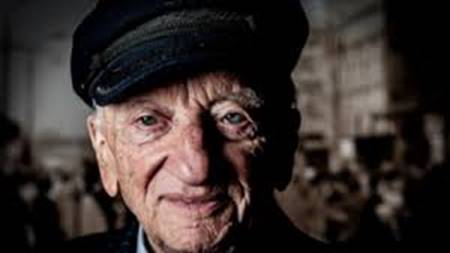 On Veterans Day, ACE Honors a Victory Over Evil 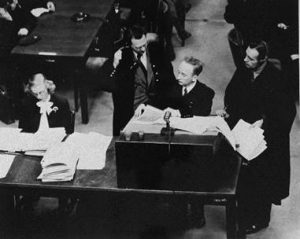 Barely five feet tall, Ben Ferencz may not look like a war hero, but he was wearing his US Army uniform when he bravely faced down Germany’s most notorious Nazis. He won his battle handily, defeating the enemy with brutal blows. Armed with the rule of law, and blessed with moral fortitude, Ferencz used his brilliant mind as a weapon to exact justice.

On Veterans Day, ACE honors Ben Ferencz for his service as the chief prosecutor for the US Army at the Einsatzgruppen Trial – one of the twelve military trials held by the U.S. authorities at Nuremberg, Germany – with a screening of “Prosecuting Evil: The Extraordinary World of Ben Ferencz.” Barry Avrich’s acclaimed profile was shown at the 2019 Boulder International Film Festival.

Now 98, Ferenz is a lawyer whose passion for justice for victims of atrocity crimes continues today. The Romanian immigrant grew up in dire poverty in Hell’s Kitchen, and attended Harvard before enlisting in the US Army to fight in WW II, where he liberated camps and began documenting the crimes of the Holocaust. He has spent a lifetime advocating for restitution for Jewish victims of the Holocaust, and later fought for the establishment of the International Criminal Court. He continues to write and speak worldwide for international law and global peace. 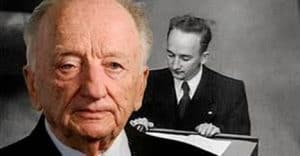 At 27 years old, the World War II veteran became lead prosecutor in what has been called the biggest murder trial in history. It was his first trial. He could not see over the podium and was given a telephone book to stand on as he stared down his captives.

All 22 Nazi officials tried for murdering more than a million people were convicted.

A tiny but tenacious man with a huge personality and an unexpectedly compelling life story, Ferencz is an immensely deserving film subject – a lifelong advocate for the rule of law who serves his nation with pride.

“The rule of law. Crimes against humanity. Bringing justice to an unjust world. Worthy topics all, but would you actually want to see a film about them? If the work in question is “Prosecuting Evil: The Extraordinary World of Ben Ferencz,” the answer is an unequivocal yes.” – The LA Times

Kathryn has spent her professional life writing about, teaching, and presenting the arts. Founding Director of the Boulder Jewish Film Festival, Kathryn was Director of Menorah and ACE at the Boulder JCC from 2003 through August, 2019. The former film and theater critic for the Boulder Daily Camera, Kathryn is the author of "The Fifty Greatest Jewish Movies" and "The Fifty Funniest Films of All Time." kathryn.bernheimer@gmail.com
Previous Rabbi Marc’s A Dash of Drash – 5780 Sermons are Episodes 96, 97 and 98
Next Join the Boulder JCC for the Great Big Challah Bake