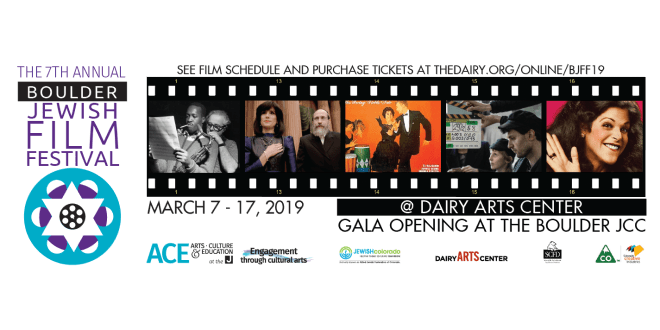 Kathryn Bernheimer February 25, 2019 Arts & Culture Comments Off on Meet The Women On Both Sides Of The Camera at the 7th Boulder Jewish Film Festival

Noa Koler has one of those faces. Alluringly unconventional and radiating vitality, she has a gorgeous laugh. The popular new Israeli actress possesses an inner originality, and projects an emotional authenticity that makes her utterly magnetic on screen.

Those of you who attended last year’s closing night screening of “The Wedding Plan” surely remember Koler as the charming Orthodox would-be bride praying for a match made in heaven. Koler made us believe every minute of this fairy tale, balancing humor and heart. By the time Noa’s character finds a man to fall in love with her, the audience is already head over heels.

The clever romantic comedy was the second feature from Rama Burshtein, Israel’s acclaimed Orthodox director who was heralded as a trailblazer for her debut feature “Fill the Void” (2013 BJFF).

This year, Koler returns as a young woman coping with motherhood, marriage, and maturity in “Outdoors,” a sensual and urgent story about what matters most in life.

Noa Koler is one of many talented women whose work in front of and behind the camera is showcased in our 7th celebration of world cinema.

Lisa Dapolito’s poignant homage to the beloved actress and comic Gilda Radner, “Love, Gilda” is a belated farewell to a vibrant woman who had the undeniable power to make men and women fall in love with her – as is stated more than once in the film. It would appear that the director understood Gilda’s special appeal, and formed a heartfelt connection with her subject. Working with the Radner estate, Dapolito gained access to a collection of diaries and personal audio and videotapes documenting Gilda’s childhood, her comedy career, her relationships, her struggles with an eating disorder, and ultimately, her battle with cancer. Dapolito wisely allows Gilda to narrate her own story, relying on these never-before-seen-or-heard footage and journal entries.

Another deserving biographical subject finally being memorialized on screen this year is Pauline Kael, an intellectual giant who forged her place in cinema history with an almost defiantly sexy aplomb. (“I Lost It at the Movies,” “Kiss Kiss, Bang Bang,” “5001 Nights at the Movies” were bibles for the serious film buff throughout the late 20th century.) Director Rob Garver doesn’t waste much time worrying about Kael’s Jewishness or her gender. He treats her as a revered cultural commentator whose views on cinema shaped the movie universe as we know it. The respect the director shows for Kael and her craft is admirable, and the inclusion of clips from movies Kael championed or chastised elucidates her place in history.

A male director simply could not have made “93Queen,” a preconception-shattering portrait of the world’s first female Hasidic judge. Director Paula Eiselt first gained the trust of Ruchie Freier by conveying her desire to create a fair portrayal of Hasidic women in the media, something she says the community rarely sees from an outsider. Then she spent four years filming, by herself, in the Hasidic enclave of Borough Park, Brooklyn.

Eiselt explains to IndieWire how she was able to create such a candid and intimate documentary: “By being Orthodox, that was my entry in,” Eiselt said of her wary subjects. “I understand the laws of modesty and I was able to respect that.” And after Ruchie expressed disappointment in how the media has portrayed her community in the past, Eiselt told her she could change that. “She was very committed to having an empowered story out there, so she let me in.”

The female forces behind “Who Will Write Our History” are already known to BJFF audiences. Roberta Grossman directed “Hava Nagila,” which closed the 2013 BJFF, and our 2015 Centerpiece “Above and Beyond,” with producer Nancy Spielberg in person. Sadly, Boulder’s George Lichter, who was featured in the film, died before the film was completed. This years’ screening of “Who Will Write Our History” is dedicated to the memory of George Lichter, an ace WWII pilot who volunteered in Israel’s war of independences and personally trained the nascent Israeli Air Force pilots.

The producing-directing powerhouse team is back with another story of incredible heroism, a story of hope in the most horrible of times. The clandestine Oyneg Shabes was a group that collected thousands of testimonies in the Warsaw Ghetto, creating a record of the wartime fate of Polish Jewry. Bracing and suspenseful, “Who Will Write Our History” finds the humanity inside the tense story of a race against the clock and destiny.

Steven Spielberg appeared on video, and Nancy notes that her brother made an important point connecting the primacy of first-hand testimony, the contribution made by the Oyneg Shabes Group, and his own work on “Schindler’s List” and the Shoah.

An interview with producer Nancy Spielberg will appear shortly in the BJN, further highlighting her second collaboration with Grossman, who will conduct a Q&A via SKYPE after the festival screening.

Filmmaker Ruth Beckerman also wants to make sure the world actively remembers the Holocaust, in particular the shocking failure to hold Nazis accountable for their participation in genocide. As a young woman in Austria in the 1980s, the director participated in protests against politician Kurt Waldheim after revelations of his Nazi past came to light.  She returns to the scene of the crime with “Waldheim Waltz” to ask provocative and all-too pertinent questions about justice, memory, and collective guilt.

Although male African American musicians dominated the world of jazz in its heyday, one white woman really sparkles among the famed musicians who fondly recall their days with Blue Note Records in “It Must Schwing: The Blue Note Story.” One of the few vocal artists to have recorded an album for Blue Note Records, Sheila Jordan can look back on a career spanning 70 years and still works as a singer and vocal coach, tours internationally and regularly performs in Germany. Her perspective on the harsh realities of the New York jazz scene – discrimination, poverty, addiction – helps convey the nature of the obstacles the art form and its practitioners faced.

It is a well-known fact that men who learn to dance well are never lacking in female company. Among the dancers immortalized in “The Mamboniks,” it is the women who seem to go wildest for mambo, tearing up the floor with gusto, along with their obliging partners. With an unflagging zest for life, these seniors still sizzle on the dance floor. As we watch one young woman shake her shoulder straps right off her shoulders in a vintage video, we hear her laughing today about the “nice Jewish girl from the Bronx” who so improbably let loose to the “hot, hot, hot” Latin beat some 60 years ago. 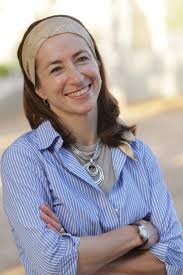 Director Rebecca Shore works with her husband Raphael Shore on films produced by Imagination Productions, which tells relatable stories that put a human face on Israeli life in order to engage, educate and empower audiences. The director/producer of “Mekonen: The Journey of an African Jew,” which will feature a talkback by Jackie Wong, Rebecca Shore was also writer/director of “Hummus! The Movie” (BJFF 2017).  In “Mekonen,” the director handles a story of mixed identity and loyalty with great sympathy. The 50-minute documentary is a follow-up to “Beneath the Helmet,” which was screened at the JCC for Yom Hazikaron in 2017. 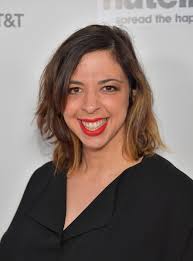 “Mekonen” is paired with a 20-minute Israeli short, “The Love Letter,” also about IDF soldiers, and also written and directed by a woman. Atara Frish’s female-centric drama revolves around a commander who receives a love letter from one of her cadets and must decide if it is a cruel joke or a genuine crush. Selected for inclusion at the 2018 Tribeca Film Festival (where Israel’s “Virgins” won best actress for Joy Rieger), the Ophir-nominated film was among five shorts directed by women produced as part of a full-length movie at the Steve Tisch School of Film and Television at Tel Aviv University – a laudable pilot program to encourage a diversity of voices in Israeli cinema.  A recent film school graduate, she is now writing her debut feature film and developing a comedy television series based on “The Love Letter.”

One of the many pleasures a film festival affords is the ability to discover fresh voices such as Noa Koler and Atara Frisch. Join us at the 7th Boulder Jewish Film Festival to applaud the women working on both sides of the camera, to savor excellence of artistry, and to hail emerging talent.

Kathryn has spent her professional life writing about, teaching, and presenting the arts. Founding Director of the Boulder Jewish Film Festival, Kathryn was Director of Menorah and ACE at the Boulder JCC from 2003 through August, 2019. The former film and theater critic for the Boulder Daily Camera, Kathryn is the author of "The Fifty Greatest Jewish Movies" and "The Fifty Funniest Films of All Time." kathryn.bernheimer@gmail.com
Previous God is…
Next Baruch Dayan HaEmet – Margot Goldman z”l