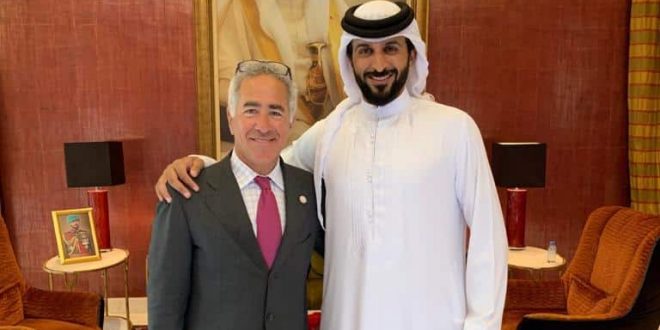 The following is a statement summarising his experience:

“I came to the Bahrain Peace to Prosperity Workshop with relatively low expectations.  After the opening session Tuesday night, I realized how wrong my preconceptions been, and that this conference would be an important starting point in the “Deal of the Century” peace process.

“Firstly, the room was packed, with about a third of the group being Arabs in traditional dress, and also included some kippah sporting Jews, both American and Israeli.

“Jared Kushner opened the conference with a presentation of his detailed framework to invest $50B in the region, with $28B directed to the Palestinian territories and the balance divided between neighbouring Jordan, Egypt, and Lebanon.

“After Kushner’s presentation, we had a discussion by two of the world’s largest property developers, American Steven Schwartzman of Blackstone Group and Emirati Mohamed Allabar, who developed much of Dubai, and has an extensive portfolio of projects worldwide. They were asked what would it take to invest in Palestine. Both indicated two pre-conditions: Rule of Law and Proper Governance conditions. They challenged the Palestinians to reform and indicated that they would be eager investors. Serbia was used as a test case, with Allabar indicating that he had invested in major projects there, once the government provided the necessary investment conditions, following a devastating period of war and instability in the Balkans.

“At dinner, I joined a group of Israelis that sat down with the Palestinian businessmen who had defied the PA’s boycott and came to encourage investment in their communities.

“The next day, the conference proceeded with many presentations from a world class line-up including IMF Chair Christine Lagarde, former UK PM Tony Blair, and US Commerce Secretary Steve Mnuchin.

“But much of the real action throughout was on the side-lines, as business people from different backgrounds engaged enthusiastically with one another. There was absolutely no hostility towards Israel; quite the contrary, as Arab officials were looking for Israelis to bring their ingenuity and invest in their countries. This was a major part of the success of this event: Business to business contacts and communication, with commerce leading the way to a full rapprochement between Israel and the Arab world, with the blessing of their governments.

“I had the personal privilege of a private meeting with the King’s third son, His Highness Sheikh Nasser, Minister of Youth and Sport. He sent a car to drive me to the Palace, where we met in his office and discussed our mutual interest in youth sports.

“The Prince is the owner of the Bahrain-Merida professional cycling team which participated in last year’s Giro d’Italia, which began in Israel. I co-own the Israel Cycling Academy, the first professional team in my country. We discussed potential joint projects, as it would send a strong message that Israelis and Bahrainis can work together to promote sportsmanship.

“I mentioned that I had built the first velodrome in the Middle East and invited him to send his young cyclists to train on our track with our youth development programme. He told me that his aspiration was to have Bahraini cyclists on his professional team; I replied that I am proud that our Israeli team already boasts five Israeli riders.

“Finally, we talked about our respective personal bike racing careers (Sheikh Nasser is an accomplished cyclist, and I am a two time world Master’s champion), and we pledged to go on a ride together, either in Israel or Bahrain (or both). It was a very warm meeting, and we pledged to seek areas of mutual interest to cooperate. I invited him to visit Israel, and even offered to be his personal tour guide.”

They call me "NewsHound IV," because I'm a clever Finnegan, sniffing out stories all over the Boulder area. I love Jewish holidays because the food is GREAT, especially the brisket. Well all the food. I was a rescue pup and glad to be on the scent!
Previous Letter: Detention or Concentration?
Next Save the Date: Homecoming Dance and Fundraiser 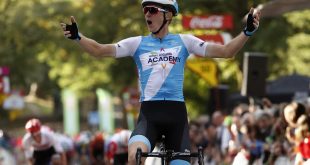