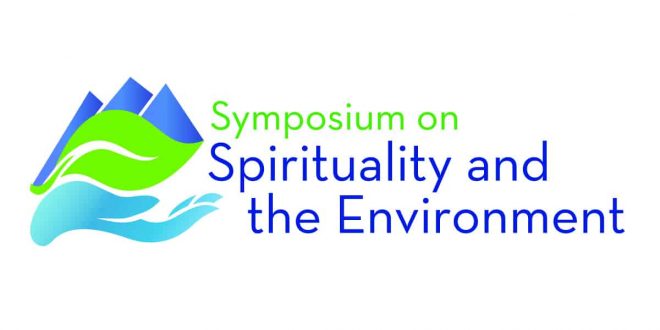 Lisa Webber March 28, 2019 Events Comments Off on Har HaShem to Host Symposium for Spirituality and the Environment

Congregation Har HaShem will be hosting the third annual Symposium for Spirituality and the Environment on Sunday, April 7th at 2:00 pm. The Symposium will focus on bringing people together to explore perspectives on environmentalism from faith and spiritual traditions. There will be two keynote addresses by faith-based activists that will be followed by a panel discussion on how to advocate for greater environmental protection and justice.

President of The Regeneration Project and Interfaith Power & Light

Prior to becoming President of The Regeneration Project and Interfaith Power & Light, Rev. Hendershot served as the Executive Director at Iowa Interfaith Power & Light for seven years. She is ordained in the Christian Church (Disciples of Christ) with an M. Div. from Emory University in Atlanta, Georgia, a B.A. from Bethany College in Bethany, West Virginia, and a certificate in Spiritual Direction.

Prior to Iowa IPL, Rev. Hendershot served as a pastor in both Disciples of Christ and United Methodist congregations, focusing on social justice ministries. She also served as the first Heartland Field Organizer for the ONE Campaign on global poverty. Currently Rev. Hendershot serves as co-chair of the Executive Committee for the RE-AMP Steering Committee, a network of over 170 climate, energy, and environmental organizations throughout the Midwest. Rev. Hendershot believes that climate change is a moral issue, disproportionately impacting those who are most vulnerable in our world. She gets her motivation and inspiration from her two sons.

National Organizer and Spokesperson for Young Evangelicals for Climate Action

Rev. Kyle Meyaard-Schaap serves as the National Organizer and Spokesperson for Young Evangelicals for Climate Action, a national network of young Christians taking action to address the climate crisis as an expression of their Christian witness and discipleship. Kyle holds an undergraduate degree in religious studies from Calvin College (B.A. ’12), a Master of Divinity degree from Western Theological Seminary (M.Div. ’16), and is ordained in the Christian Reformed Church in North America (CRCNA). Much of his professional experience has involved the integration of theology, science, and action toward a deeper awareness of Christian responsibility to care for God’s earth and to love our neighbors, both at home and around the world.

In 2015, Kyle was named to Midwest Energy Group’s inaugural 40 Under 40 cohort for his work on climate change education and advocacy. He has been featured in national and international news outlets such as PBS, NPR, NBC News, Reuters, and U.S. News and World Report. He is married to Allison and lives in Grand Rapids, MI with their young son Simon.

Melinda Kassen is Senior Counsel at the Theodore Roosevelt Conservation Partnership. TRCP presents a united sportsmen voice for 58 partner NGOs, dozens of their local affiliates and a 20-member corporate council to ensure that all Americans have quality places to hunt and fish. Kassen also sits on Colorado’s Inter-Basin Compact Committee as a gubernatorial appointee. She has advocated before agencies, legislative bodies and courts, authored articles and reports, been a frequent public speaker and received major awards from Colorado Trout Unlimited and Conservation Colorado.

Previously, she directed Trout Unlimited’s Western Water Project, worked for Kaiser-Hill LLC to negotiate and fund a clean-up agreement for the Rocky Flats nuclear weapons production site, served as Environmental Counsel to the US House Armed Services Committee, spent a year as a Visiting Assistant Professor at the University of Denver College of Law, and worked at the Environmental Defense Fund, splitting her time between toxics and water matters, including the successful fight to stop Two Forks Dam.  She learned water quality and water rights law representing state agencies as a Colorado Assistant Attorney General. She started her career prosecuting domestic violence cases in Los Angeles. She received her JD from Stanford Law School and her AB magna cum laude from Dartmouth College.  She lives in Boulder.

Rev. Jessica Abell is an ordained Christian minister in the American Baptist Churches, USA. She has worked and worshipped in several Christian denominations and has been engaged in Interfaith work for over a decade. As the GreenFaith Colorado Organizer, Jessica helps support interfaith stewardship of the earth, focusing on local environmental action and advocacy in Denver and around the State of Colorado.

Jessica is the Founding Pastor of Living Waters Community Church, Denver. She is a GreenFaith Fellow and has served on the Boards of several regional nonprofits, including CO Interfaith Power & Light. She has worked as a hospital chaplain at University of Colorado Hospital. Jessica values relationship and connection and seeks to nurture those things in the people around her.

Jessica has both a Master’s of Divinity and a Master’s degree in City and Regional Planning, or, as a friend says, “Jessica. She has both Kingdoms covered.”

We are grateful to the Bachrach Family Endowment at Congregation Har HaShem for their support of this Symposium. This program is free and open to the public, however, registration is required due to limited seating. Kindly RSVP here.