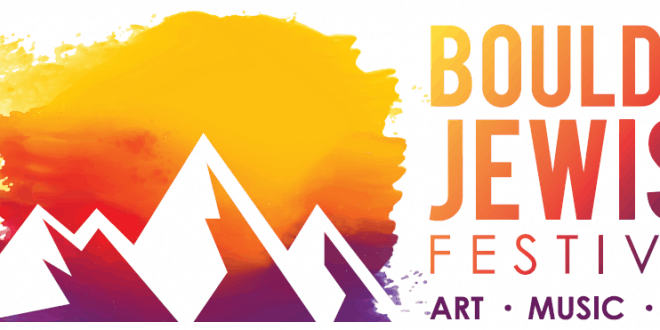 On June 2, Boulder celebrates 25 years of hosting the Boulder Jewish Festival. This free one-day celebration of Jewish arts and culture has grown immensely since the first Festival, but the ties that bind it together are still strong. From its beginning, the Boulder Jewish Festival has been volunteer run and focused on showcasing the organizations, resources, and offerings of the Jewish community. Whether someone is Jewish, not Jewish, or just stumbled on the Festival while walking on Pearl Street, they are welcomed in and exposed to beautiful arts and culture. With food vendors, art and Judaica, live music, a kids area, and much more the Festival brings together an estimated 15,000 people from across the Denver and Boulder areas. 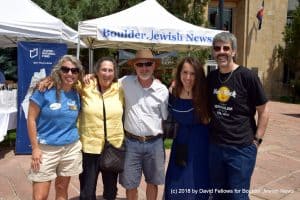 And because this year is the 25th anniversary of the Festival, what better way to celebrate that accomplishment than by acknowledging the  volunteer committee and chairs that have made it possible. At 1:30 pm on Sunday, June 2 we will publicly acknowledge the 25 years of volunteers who have worked so hard to bring this community event to life, with a special blessing offered by Rabbi Marc Soloway. On behalf of the Boulder Jewish Festival, the Boulder JCC invites the entire community to help us celebrate these incredible leaders.

In 1995, Cathy Adler z”l and Susan Kramer officially started the Boulder Jewish Festival. The early 90s saw a rise in cultural events across the United States, and Adler and Kramer decided to start a Jewish festival in Boulder as a way to celebrate Jewish culture with the wider community. From 1996 – 1998, Susan Kramer was the Chair of the Jewish Festival, working closely with a committee of volunteers to plan and run the event. 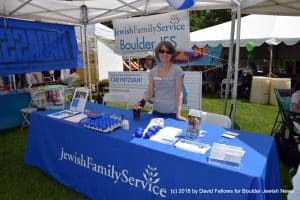 In 1995, shortly after the first Festival, Cheryl Fellows moved to the Boulder area and became involved as a committee member. In 1999, Cheryl officially took over the planning and execution of the event, becoming its longest running Chair by serving in the role until 2015.

Each year, chairs and committee members spend months and countless hours planning the Festival and are joined day of by many other volunteers who help with set up and all other day of needs. Oftentimes, committee members work behind the scenes for years, ensuring that year after year, the Boulder Jewish Festival is a success. 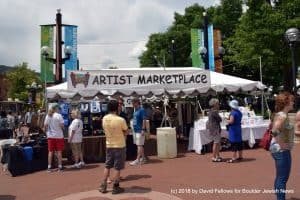 Together the committee is excited to join other community organizations in acknowledging the incredible work and commitment of these lay leaders. It is a true accomplishment and testament to the strength of the Boulder community that it is host to the longest continuously running annual Jewish festival in the United States.

Kai Murga-Canales is the Director of Marketing and Communications at the Boulder JCC. Originally from Miami, Kai moved to Boulder from Atlanta, where he worked for the Jewish Federation of Greater Atlanta and Limmud Atlanta + Southeast.
Previous Learn Hebrew This Summer with Bonai Shalom
Next ADL Regional Director Tracks Supremacist Propaganda in Colorado