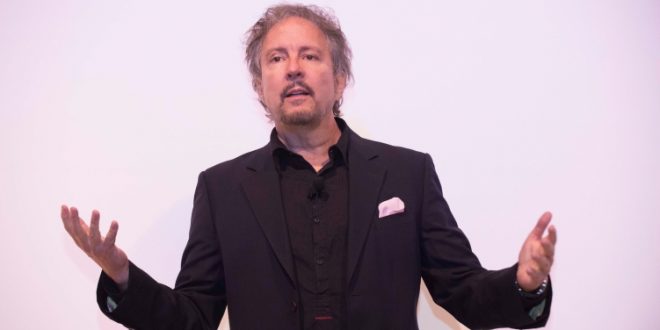 Duncan Tucker, Boulder-based screenwriter and director who created the thought-provoking and hilarious film, “Transamerica,” captivated more than 225 people at the 7th annual Reel Hope Boulder on November 2. Thanks to the support of generous donors, we raised more than $105,000—a record for this event—to support Jewish Family Service’s life-transforming work in the Boulder community!

Before the program, sponsors took photos with Duncan during a private reception. All guests enjoyed tasty hors d’oeuvres and talking with friends before heading into Boulder JCC’s Levin Hall for the main event.

The audience was moved by an inspirational video that showcased the impact Sue, a Friendly Visitor volunteer, has on a local family’s life. Audience members answered our plea to help expand the impact of Boulder JFS’s work by donating $15,000 in the room!

Ron Bostwick, event announcer and producer, introduced Duncan Tucker and showed the “Transamerica” trailer before welcoming the featured guest to the stage. Duncan candidly shared how and why he made the film. After being in the Bohemian New York art scene for many years, he decided after his father passed away that he wanted to do something bigger. He said, “I always liked music, stories, and pictures and realized I could create a movie, but I didn’t know anything about making movies. I was scared to death the whole time, but I did it.”

When asked how he came up with the idea for this film, he replied, “I grew up sensitive, artistic, and smart. I could be just cool enough to survive school and not get beat up, but I had to manufacture an inauthentic self. I saw so many people who were bullied or challenged in different ways, and my heart went out to them.” He described meeting people in the trans community in New York as well as “street boy hustlers” and had the idea of two outsiders coming together and helping each other. Thus began the process of creating “Transamerica.“

Duncan talked about the tough road to finding funding for the film, getting it shown at film festivals, and its eventual success— it won 32 awards, including a Golden Globe for Best Actress, and received 26 nominations.

With movie clips sprinkled in, Duncan entertained the crowd with behind-the-scenes tidbits and talked about the making of the movie. He also discussed some of the things he’s learned about the transgender community and acknowledged that many terms have changed since the movie debuted in 2006. The evening culminated with a short audience Q&A.

Thank you to more than 80 companies, organizations, foundations, and individuals that supported the event through sponsorships. We are grateful to the dedicated event committee, Cathy Summer, and JFS development staff members Jessica Zeidman and Kate Shephard, who helped make this the most successful Reel Hope Boulder!

If you were unable to attend the event and would like to help us surpass $105,000 raised to serve more people in the Boulder community, please donate now!

Founded 150 years ago, we currently offer more than 30 programs and services, including food security, housing stability, mental health counseling, aging care, employment support, and disability services. JFS takes a holistic approach, assessing the various needs of the individual or family and provides the appropriate services all from one organization.
Previous Join the Global Day of Jewish Learning at Bonai Shalom
Next Letter: The Armenian Genocide

Giving Back is a Family Affair 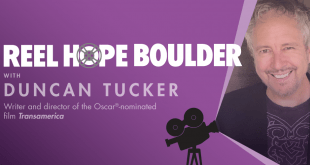 Save the Date for Reel Hope Boulder Featuring Duncan Tucker

With the Jewish festival of love, Tu B’av, still several months away, some may find …