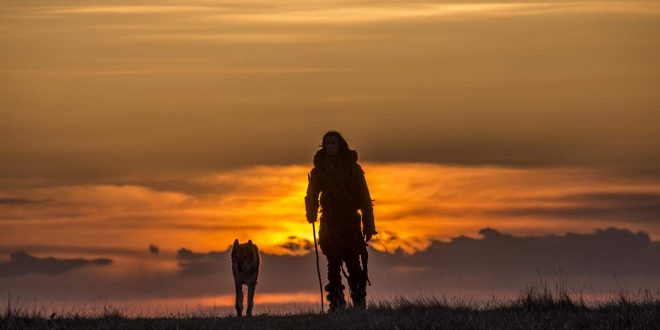 Wolves Walk In Where Angels Fear To Tread

Post Rosh Hashanah may seem like a strange time to go to an off-beat movie. But after the fact, seeing “Alpha” did feel seasonally appropriate. Literally portraying nature ‘red in tooth and claw’, how could such a film relate to 21st-century Jewish practice? Well if you try to look at life and film from a Torah lens, so much of secular life can throb with spirituality.

In the movie “Alpha,” a wounded survivor of a pre-historic hunting pack tries to find his way home. In fact both the young man and an injured wolf are in a similar predicament. Like many films where a single human bonds with a lone animal, the movie “Alpha” portrays this at first mistrustful, but later inseparable union. I’m thinking of “Life of Pi,” “Passion in the Desert,” “Seabiscuit,” and even “Coco” with Miguel’s dog, Dante, among others.

Why does “Alpha” in particular remind me of Yom Kippur? Yom Kippur is the yearning of the soul to go home and to never give up, no matter how intimidating the obstacles in one’s path. The journey of the past year, may have led you astray in a myriad of ways. When the critical High Holy days approach, will you give up, give in, or give it your all to find your way back to your ancestral home?

In the film, at first the young son disappoints his family, his tribe, and himself. He cannot even start a fire or take the life of an animal on a hunt. He seems squeamish in many ways. However, when he realizes that his actual survival, and not just his personal image, is at stake, his courage and resolve awaken. There are few articulate conversations in the film, but the language of the heart is as clear as a shofar blast. Our survival for the New Year also depends beyond words, on our determination and fortitude, never to become complacent on the one hand, or despairing on the other. In the words of psalm 27, recited for the forty days preceding Yom Kippur: ‘On Your behalf my heart says, ‘Seek My countenance….’ Our souls seek what is missing in our lives, our divine Source which alone can make us feel at home.

We begin Yom Kippur with Kol Nidrei, a communal annulment of our unfulfilled vows, past and future. Why such an opening? We are taught in Tanya from the first chapter of the tractate Nidah, that the pre-birth soul is given a mandate:  ‘Be a Tzadik, a righteous person, and don’t be a wicked one.’ So actually, every time we sin in this world, we have not only committed a single transgression, we have broken our original vow to be the best person we can be.

In addition to our divine soul, we also have an animal, or earth-bound soul. We may, as this primitive tribe in the film, be moved to eradicate the animal element within us. But we may, as the more sensitive son, realize that to kill the animal when survival is not at stake, is wrong. Then at the same time as we grow or are introspectively tuned in to our heavenly calling, we realize that we cannot survive in this world without the help of our animal soul. The mystics teach that our animal nature is actually derived from the heavenly angels, who cannot manifest in an open way but often take other forms. Thus when we come to understand that our animal soul too comes from a lofty place we can find that our animal soul can actually become our teacher, as the wolf became to the young man.

Beyond the impact of the encounter between two wounded creatures, the human and the animal, is the deep faith that emerges from the son’s resolve to keep looking for home, in spite of the overwhelming challenge of the elements, his physical pain, and being lost. He looks for markers like rock formations, and raises his hand to ‘tune into’ signals from stars and spirits. Above all, in spite of his father’s superficial disappointment in him, the son keeps on calling for his father. I kept thinking that we need to have the fortitude especially this time of year, to never give up in spite of our failings. As Rebbe Nachman would put it- ‘there is no hopelessness at all.’ Then we could find our way home, and be accepted with unconditional love.

Rabbi Moshe Weinberger tells a story of a kid who was expelled from school and sent home mid-day. The principal had called the father about it, while the boy was on the way home. When he gets home, he tries to make up some excuse, but the father is so angry, he sends his the boy to his room. In his rush to get there, the boy bangs his hand slamming the door, and cries out. Without a second thought, the father runs to him, shouting, ‘Son, are you ok?’ and, like the ending in “Alpha,”  the two embrace without reservation and with deep sobs.

Once I was teaching some fourth graders and one boy was acting particularly obnoxious. When I finally walked over to his desk, I saw he had drawn a picture of a face with horns coming out. Under it he had written, ‘I’m acting this way because I want to go home.’ I think I cried on the spot and may even still have that picture.

Even if a person has committed the worst transgressions, teaches the Slonimer Rebbe, he should be able to rise up and cry out to G-d. If one cannot, says the Rebbe, he has not crossed even the first threshold of Judaism. The Baal Shem Tov spoke often about the parable of a king who erected formidable barriers, with terrifying monsters, between himself and those who would come close to him. Most people gave up, but not his son who kept crying for his father till the barriers disappeared. Yom Kippur is not just about atoning for specific transgressions. It is about realizing that deep within the recesses of our hearts is the most meaningful relationship we can have, and the home that makes life fulfilling and worthwhile.

The young man in the film named the wolf, Alpha. The Lubavitcher Rebbe taught the difference between the Hebrew word for exile, and the word for redemption, is only an Aleph, the first letter of the alphabet. The Aleph alludes to the ubiquitous divine presence that encompasses and fills all of creation. Let us connect in this sacred season, to the Aleph that can lead us all home.

I have been teaching Torah and Chassidic writings for over forty years to students of all ages and backgrounds, both on the East Coast and the Midwest. I have been a director of several Jewish organizations in Santa Fe and Colorado. My articles and poetry on a wide variety of Jewish topics have been printed in many publications, and also are available online.
Previous Baruch Dayan HaEmet: Phyllis Dinhoffer, z”l
Next Israeli Native Alon Day To Make Historic Nascar Cup Series Debut 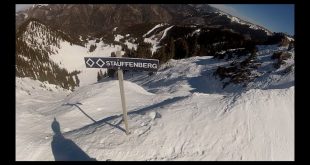