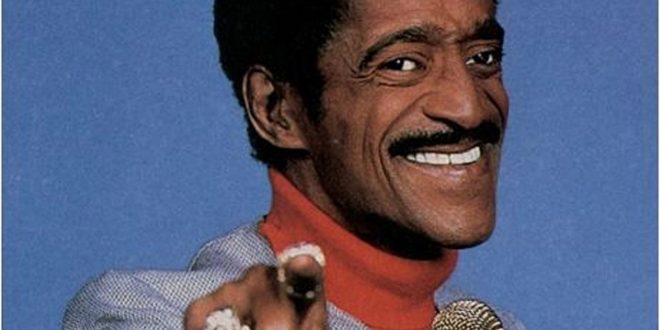 Sammy Davis Jr. Gets Another Day in the Sun in Stunning New Documentary

Kathryn Bernheimer February 28, 2018 Arts & Culture Comments Off on Sammy Davis Jr. Gets Another Day in the Sun in Stunning New Documentary

“Sammy Davis Jr.: I Gotta Be Me” continues to be a huge hit with audiences across the country.  In fact, the film just was awarded the Jury and Audience Awards for the Best Documentary Feature at this year’s Pan African Film and Arts Festival.  And the film has a 100% rating on Rotten Tomatoes!  Wow! “Sammy Davis, Jr.: I’ve Gotta Be Me” is the first major film documentary to examine Davis’ vast talent and his journey for identity through the shifting tides of civil rights and racial progress during 20th-century America. Sammy Davis, Jr. had the kind of career that was indisputably legendary, so vast and multi-faceted that it was dizzying in its scope and scale. And yet, his life was complex, complicated and contradictory. Davis strove to achieve the American Dream in a time of racial prejudice and shifting political territory. He was the veteran of increasingly outdated show business traditions trying to stay relevant; he frequently found himself bracketed by the bigotry of white America and the distaste of black America; he was the most public black figure to embrace Judaism, thereby yoking his identity to another persecuted minority.” Here’s what the Times of Israel had to say:

“Director Sam Pollard can’t believe the acclaim being heaped upon his new film about the late Sammy Davis Jr. But with the multifaceted legacy left by the performer — from breaking down barriers faced by African-Americans, to converting to Judaism in the wake of a gruesome 1954 car accident — maybe Pollard shouldn’t be so surprised.”

Davis’s story made its reappearance in the new documentary, “Sammy Davis, Jr.: I’ve Gotta Be Me,” the opening night feature at the Atlanta Jewish Film Festival on January 24. Pollard called Davis “the Michael Jackson of his day.”

Read more:  “Sammy Davis Jr. charms the world again in new documentary, ‘I Gotta Be Me’”

Kathryn has spent her professional life writing about, teaching, and presenting the arts. Founding Director of the Boulder Jewish Film Festival, Kathryn was Director of Menorah and ACE at the Boulder JCC from 2003 through August, 2019. The former film and theater critic for the Boulder Daily Camera, Kathryn is the author of "The Fifty Greatest Jewish Movies" and "The Fifty Funniest Films of All Time." kathryn.bernheimer@gmail.com
Previous HHS Hosting Two Disability Awareness and Inclusion Shabbat Services
Next Weekly Edition: March 2nd, 2018