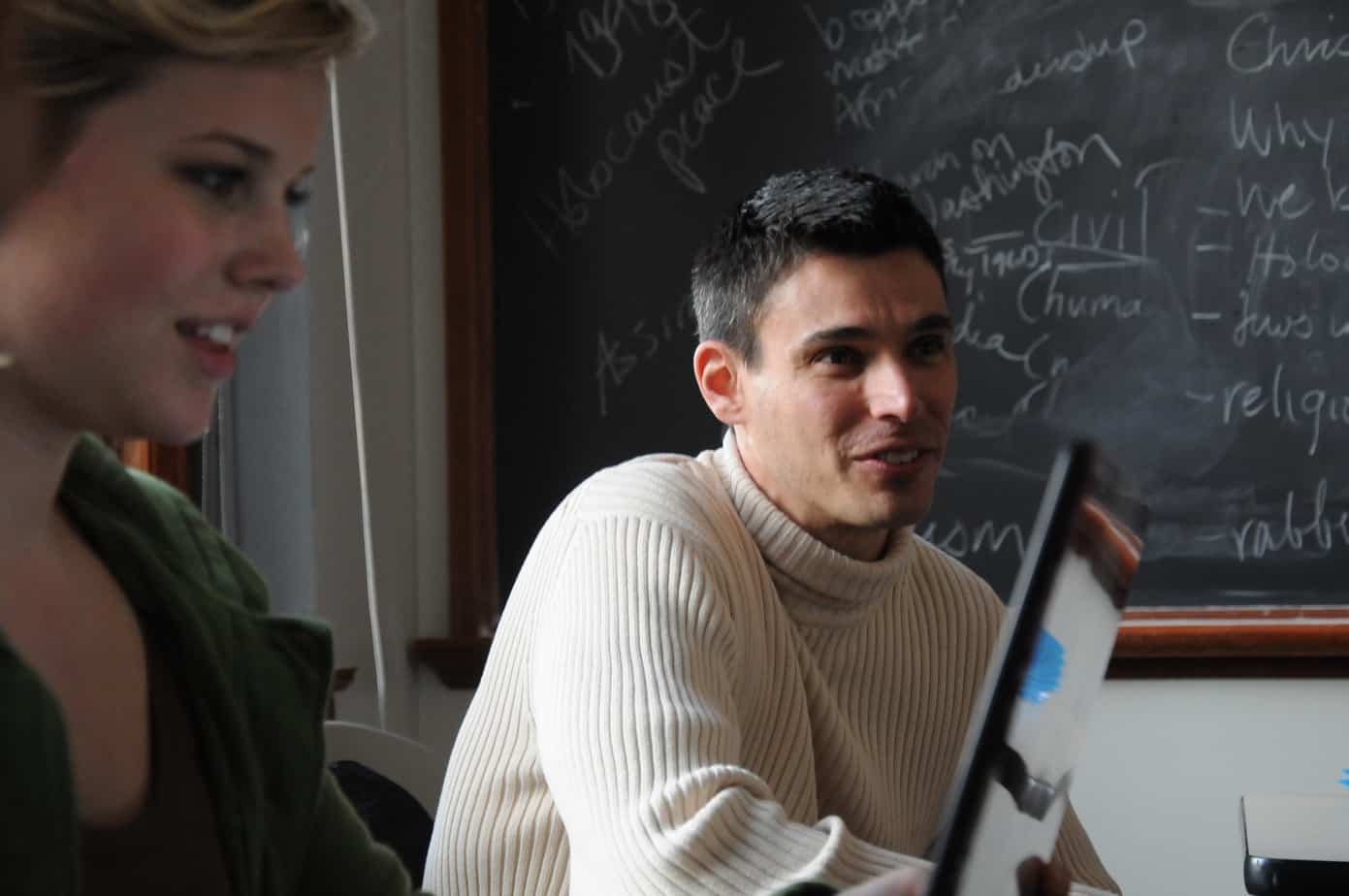 Professor David Shneer in class at CU. (Photo by Casey A. Cass/University of Colorado)

Join Congregation Bonai Shalom and David Shneer, Professor of History and Jewish Studies, and Chair of the Department of Religious Studies at CU Boulder for the popular First Friday series at Bonai Shalom. On August 3 Professor Shneer will be speaking about the mixed media project: “Art is My Weapon: The Radical Musical Life of Lin Jaldati.”

In 1934, at age 22 and one year after Hitler came to power in Nazi Germany, Lin Jaldati, the stage name for Rebekka Brilleslijper, gave her first performance of Yiddish song and dance for the immigrant Jewish community of her native Amsterdam. After surviving the Holocaust and informing Otto Frank of the fate of his daughters, she and her husband moved to East Germany where she spent the rest of her life performing as the Yiddish diva of the communist world. In 1988, one year before the Berlin Wall fell, she gave her final concert in Berlin, a city divided by the Cold War, as part of East Germany’s new avant-garde Yiddish festival. “Art is My Weapon” tells the life and work of this remarkable woman.

David Shneer is Louis P. Singer Endowed Chair in Jewish History, Professor of History and Jewish Studies, and Chair of the Department on Religious Studies at CU Boulder. Professor Shneer’s research focuses on 20th century European, Russian, and Jewish history and culture. He is a Distinguished Lecturer for the Association for Jewish Studies, co-editor in chief of East European Jewish Affairs, was the inaugural faculty director of CU Boulder’s Post-Holocaust American Judaism archive until 2015, and is faculty advisor for Yiddishkayt, an organization whose mission is to preserve, cultivate, and disseminate the culture, language, art, and worldviews of Eastern European Jews.