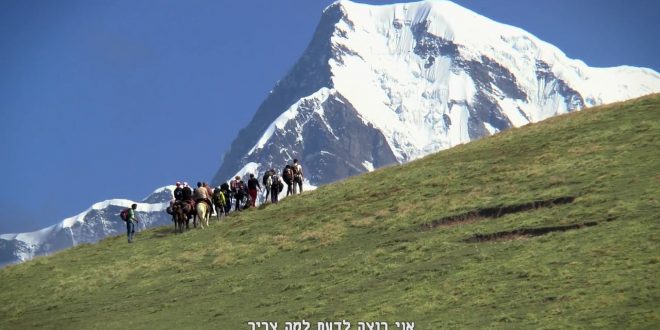 What Not to Miss at the Boulder Jewish Film Festival

Kathryn Bernheimer March 13, 2017 Arts & Culture Comments Off on What Not to Miss at the Boulder Jewish Film Festival

The question I am most frequently asked during the Boulder Jewish Film Festival is some variation on “What films should I be sure not to miss?”

That’s a little like asking me to pick a favorite child, since I love all my films.

However, this year my standard recommendation is to see “Big Sonia” and “My Hero Brother,” showing back to back on Thursday. Along with our Centerpiece screening of “My Hero Brother,” “Big Sonia” perhaps best represents the heart and soul of this year’s festival – “A Festival with Heart.” Our themes of overcoming challenges, and looking past labels to celebrate diversity and inclusion, come into play in both films. There will be Skype interviews with Sonia Warshawski after her film, and an interview with director Yonatan Nir after “My Hero Brother.”

This just came across my desk from Yonatan Nir:

“After 6 wonderful screenings at the ReelAbilties Film Festival and 2 prestigious awards at the Santa Barbara International Film Festival, we’re ready for another round! Enosh Cassel, founder and producer of My Hero Brother, will be setting on his debut tour in North America in just 10 days.”

He then lists the screenings, starting with our screening Thursday. “And while we’re all excited for the upcoming tour, for Enosh it will mark a personal milestone. In 2011, he embarked on a challenging trek in the Himalayas with Hannan, his Down syndrome brother. Once returning, Enosh began receiving several applications from people who wanted to set out on a similar trek, with their own special brother or sister. In August 2013, after two years of planning and preparation, a group of 11 sibling couples (“neuro-typical” and Down syndrome) set on a journey in the Himalayas, and My Hero Brother was born.

“The journey resulted in the feature documentary My Hero Brother (2016); a modest film that became an overnight success. In the first 3 months of distribution over 150 educational screenings were booked in Israel, the film was accepted to several international film festivals, and won the Best Documentary Film Award and the Audience Choice Award at the Santa Barbara International Film Festival.”

Kathryn has spent her professional life writing about, teaching, and presenting the arts. Founding Director of the Boulder Jewish Film Festival, Kathryn was Director of Menorah and ACE at the Boulder JCC from 2003 through August, 2019. The former film and theater critic for the Boulder Daily Camera, Kathryn is the author of "The Fifty Greatest Jewish Movies" and "The Fifty Funniest Films of All Time." kathryn.bernheimer@gmail.com
Previous Colorado Muslim Communities Unite Against Recent Anti-Semitism Around the Nation
Next Weekly Edition: March 17th, 2017