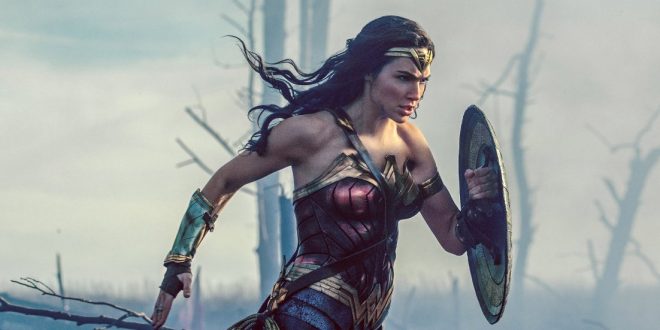 The Torah of Wonder Women

One of the memorable lines from the recent blockbuster Wonder Woman: “I will fight for those who cannot fight for themselves.” This declaration, delivered so courageously and elegantly, by a superstar Israeli actress no less, could have been uttered by the women we just encountered at the end of Bamidbar, the book of Numbers.

A contemporary outstanding Torah teacher, Aviva Zornberg, has written a remarkable chapter in her book on Numbers called ‘Bewilderments.’ The chapter is called, ‘To be or not to be: A tale of five sisters.’ Much of the dialogue in Wonder Woman, echos some of Zornberg’s portrayal of these sisters. Before I explain, let me summarize this Torah story.

The five daughters of Tzelaphchad requested a share in their deceased father’s portion of land in Israel, since their father had no sons. Their request was granted but above and beyond their plea being answered, the sages go to great lengths to extol these women in detail for superlative qualities including, wisdom, understanding, knowledge, and appropriateness.

Having recently seen Wonder Woman, and reading some of the rave reviews, at first I ‘wondered’ how is this movie heroine different from others in the past. Alias, Supergirl, etc all featured women stars who were intelligent, athletically proficient and physically adept. For me, Wonder Woman stands out due to her wisdom, courage, purity of character, and wholesomeness of humanity.

The five sisters in the Torah are described in similar ways. Let’s see how. First of all, they approach and stand before the entire male leadership, in the ordinarily exclusive male space: Moshe, Elazar the priest, the princes, and the whole assembly.

They also come with correct reasoning and superior insight. As our oral teachings convey: ‘This chapter should have been written by Moshe, but the daughters merited having it written by them.’ Moshe recuses himself because of possible bias, that their father might have been adversarial to Moshe. But the oral Torah reports: ‘Their eyes say what Moshe’s eye did not see. They have made a fair claim. Happy is the person with whose words G-d agrees.!’  Compare to WW (refer to Wonder Woman from here in) when confronted with crossing no man’s land: Steve, her human friend and ally, says, ‘This is not something you can cross. It’s not possible.’ And Diana counters: ‘No, but it’s what I’m going to do.’

In the Torah, the five sisters are very independent. In fact, none of them married before the age of forty- not because of misogyny, but because their standards were very high. WW too values her freedom and independence. There are a few rather humorous dialogues in this vein: After hearing what a secretary does, she says: ‘where I’m from, that’s called slavery.’

Another example, when seeing Steve constantly look at his watch:  ‘What is that?’ ‘That is a watch.’ ‘What does it do?’ ‘It tells time. It tells you when to sleep, to eat…’ WW either innocently or sardonically replies: ‘That tiny thing tells you what to do?’

With regard to the daughters, their timing, combined with their sincere yearning and love for the land of Israel, in particular is impeccable. In sharp contrast with the tenor of the desert generation, a tide that still exerts itself from the fear of the spies, to go BACK to Egypt, these women come FORWARD. They express their faith in G-d and their love for the land of Israel, when so much of the nation is still pulled backwards. Two relevant comparable quotes from WW:  ‘It’s about what you believe. And I believe in love. Only love will save the world.’

Finally, Zornberg, citing the Hasidic master the Sefat Emet, in discussing what Moshe didn’t see, points out: ‘The women see from a feminine perspective , which is the emerging order of the world’…a movement from the stage of the written Torah to that of the oral Torah, from Moshe to Yehoshua, from the sun to the moon… Other commentators elaborate. When Moshe presents their case, the Torah writes, ‘Va’yakrev et MishpatN,’ he presented their judgement,’ (before G-d). In the Hebrew word for judgement, the letter NUN, meaning their, is enlarged. Some say this is a hint, to the grammatical use of nun for Nekaiva, feminine, as well as an allusion to its numerical equivalent of fifty. The significance of fifty in regard to the feminine can be seen through the saying: ‘Fifty gates of Understanding came into the world, and Moshe acquired forty-nine.’ This suggests that the fiftieth gate represents a kind of feminine wisdom that will become more and more manifest in the future.

Thus, there is so much in our tradition that insists that the story of the five sisters becomes not an exception, but a breakthrough and a new paradigm. When G-d says, ‘The daughters speak KEN, correctly,’ Zornberg quotes the Malbim, a major Torah commentator, as stressing that the whole story, not just their arguments, but the entire narrative, is in perfect sync with the ‘heavenly version,’ both ethically and esthetically. It is right and it is beautiful- and perhaps, I would add, with a sense of ‘wonder’ and openness to hitherto unexpressed possibilities.

In a parallel manner in WW, when Steve first arrives in the land of the Amazons, he asks: ‘What is this place? Who are your people?’ and Diana responds: ‘WE ARE A BRIDGE TO A GREATER UNDERSTANDING.’

I don’t think that WW is one of the best films ever made, but rather it is one whose time has come. The strategy that Wonder Woman seems to share with the daughters of Tzelaphchad is bringing ideals from a higher world, into a practical reality. As the oral Torah emphasizes many times, as the days of Mashiach come closer, the nature and ways of the feminine will become more and more prominent. Certainly this does not imply changes in the eternity of Torah, but it does imply applications in new and creative and contextual ways that were not spelled out before. In fact, the Mei HaShiloach opines that the reason the story of the daughters concludes the book of Bamidbar, which in a sense is the end of the Torah, is to show how the feminine dimension of relating Torah values to contemporary life is a vital part of keeping Torah eternally relevant. And these achievements are not merely through intellectual prowess but through traits like courage, creativity, boldness of vision and above all, purity of motive.

I have been teaching Torah and Chassidic writings for over forty years to students of all ages and backgrounds, both on the East Coast and the Midwest. I have been a director of several Jewish organizations in Santa Fe and Colorado. My articles and poetry on a wide variety of Jewish topics have been printed in many publications, and also are available online.
Previous Knitting for a Cause – Welcome Blanket Project in Boulder
Next Mini Mensches Registration Open – Discount for First 10 Families