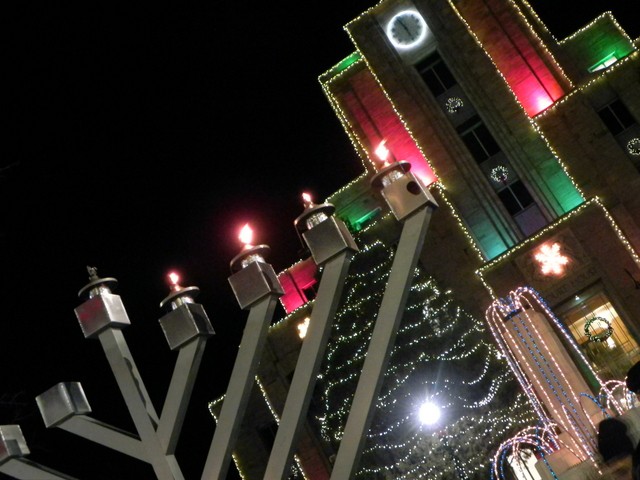 Morah Yehudis Fishman December 19, 2017 Guests and Blogs Comments Off on Soliloquy of Yehudis

Given the present day focus on gender abuse, the story portrayed here about Judith and the Maccabees seems to have particular contemporary relevance. In the book of Judith, she is said to single-handedly and courageously mobilize the heretofore passive Jewish men, who submissively watched brides being snatched by Syrian Greeks from under the wedding canopies. When Judith challenged the Jewish males to action, they finally began to rally against their abusers and regain the sanctity of their lives.

May I begin to speak with the permission

of the One Creator and sustainer of all worlds,

And with deep respect

address those who claim to carry out His word-

Oh men of Torah, where is your Torah

that so protects the honor of your brides?

Oh men of prayer, where is your prayer

for those feminine faces of Shechina?

Oh men of charity, where is your charity

for those whose gentle kindness restores life?

True, a battle was won on uncommon ground;

One bottle of oil was found intact,

But not all battles have yet been won;

not all the lights have been safeguarded.

The oppressors are still at our gates, upon our necks,

and upon our women, our living sanctuaries;

Where is your fight for that clear light,

whose pure essence may soon be snuffed out?

Sarah added to the heavenly luminaries.

How then can you let earthly reflections

You say that young Rivkah

brought the fire back

as soon as her feet skipped past the door of Sarah’s tent.

How then can you allow

our direct currents of holiness to be defiled?

And was it for nothing that Yaacov crossed the Yabok

to retrieve from the Shamen of the future,

a tiny cruse of oil,

Could his sons embedded in those stones

Have even begun to grow

Whose tongues brought forth tribal names

in flares of prophecy?

Did father Yaacov wrestle in vain

with an angel of this worldliness?

Perhaps his nerve was weakened,

but yours appears to be more than dislocated!

Still, who am I to rise up

where no man of valor takes a stand,

no Ish Chayil there….

but  is an Eishet Chayil no flammable match

for a faltering Ish?

However, I am no Devorah or Yael

(though Kabbalists say I am her reincarnation).

I have no holy namesake

except for one woman

named by a man with a head  so disconnected

that smoldering embers trapped within

had no way out

until they reached the holy cave of Machpeila,

where heaven and earth embraced.

Could it be that my name given in deceit

To challenge those who come with mighty chariots?

Yet, dare I,  daughter of Aaron,  model of love and peace,

perform an act so violent, so unladylike…

But dare I NOT also act like a prior scion of Levi,

to take weapon in hand and restore taharah to my sisters?

are you not ashamed to be circled  seven times

by candles cradled in the hands of your bride

After she’s been violated?

Would it not be better to first surround the enemy camp

Like Yehoshua, the first head of the armies of Israel

The head is the solution!

And if the heads of Yisrael have forgotten their power,

then the heart of a high priest’s daughter

with a name like Yehudah and a vision of Tamar,

must rise and stir more than pots and stews;

A hand that moves a spindle

can also wield a sword to save the cherubim.

can also rekindle the courage of tomorrow,

can banish the dark to the crevices of oblivion,

and can once again and forever

restore her people to their destiny-

A menorah for humanity.

I have been teaching Torah and Chassidic writings for over forty years to students of all ages and backgrounds, both on the East Coast and the Midwest. I have been a director of several Jewish organizations in Santa Fe and Colorado. My articles and poetry on a wide variety of Jewish topics have been printed in many publications, and also are available online.
Previous Louisville Lights the Menorah at Winterskate
Next A Declaration of Interdependence: Hanukkah is a Feast of Solutions