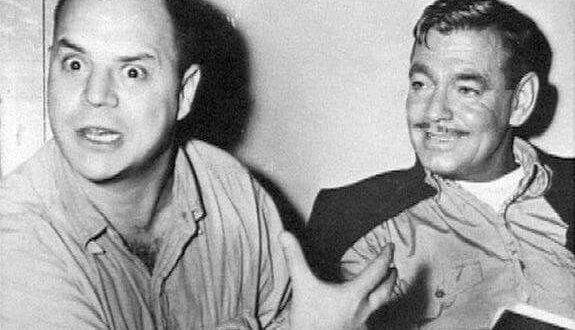 When Don Rickles died in April at the age of 90, he left a legacy of laughter. ACE fondly recalls this master comic with a screening of “Mr. Warmth: The Don Rickles Project” on Thursday, November 16, at noon at the Boulder JCC. The Lunch and Learn guest speaker is comedy writer and stand-up comic Rich Schad.

The ultimate insult comic, Rickles was fearless in his snarling, bull dog attacks. “Frank, make yourself at home,” he greeted Sinatra as the singer and longtime friend walked into a room where Rickles was performing. “Hit someone.”

But as this 2007 award-winning documentary by director John Landis reveals, Rickles was a pussycat in person. He loved humanity and life, and lived a hard-working, quiet family life unmarred by scandal. And while his act was sometimes considered politically incorrect or even offensive, he was clearly making fun of racism, prejudice, and cultural obsessions with appearance, weight etc.

Rickles was subversive, as many Jewish comics are. He deflated hatred with humor. He roasted our star-dazzled society by poking fun at our cherished celebrities. He ridiculed all that our materialistic world holds sacred. He built a career playing the caricature of a mean-tempered scold – much like jack Benny played the cheapskate – but the joke was always on him.

A surprisingly accomplished actor, Rickles was known for his ability to improvise much of his material onstage, riffing off the audience in a bold act that played on stages across the world. Apparently, the art of the insult crosses cultural barriers, and celebrities begged to be insulted in his act – a sign they had arrived.

“Mr. Warmth” features some of Rickles’ TV and movie appearances, including his many appearances on The Tonight Show. There are also interviews from many stars who pay tribute to Rickles, including Billy Crystal, Robin Williams, Robert DeNiro, Sarah Silverman, Bob Newhart, Clint Eastwood, and Chris Rock.

Join us at the Boulder JCC: Click here to reserve!

Kathryn has spent her professional life writing about, teaching, and presenting the arts. Founding Director of the Boulder Jewish Film Festival, Kathryn was Director of Menorah and ACE at the Boulder JCC from 2003 through August, 2019. The former film and theater critic for the Boulder Daily Camera, Kathryn is the author of "The Fifty Greatest Jewish Movies" and "The Fifty Funniest Films of All Time." kathryn.bernheimer@gmail.com
Previous ADL Calls for Action After New FBI Data Shows Rise in Hate Crimes Nationwide
Next Weekly Edition: November 17th, 2017