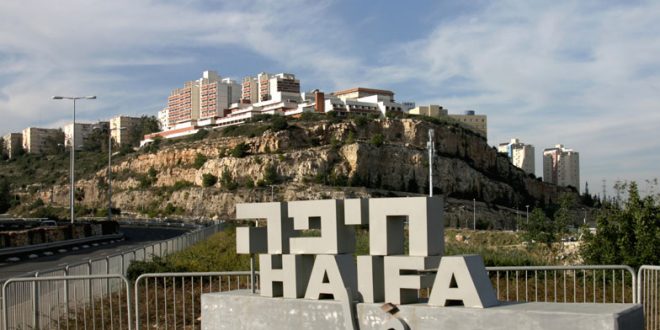 New York, NY, November 8, 2017 – As mainstream news continues to lose credibility and social media moves in as the primary shaper of reality, will the general public ultimately lose the ability to sort fact from fiction? Not if one leading Israeli university has anything to say about it.

University of Haifa’s Dr. Yaniv Levyatan has introduced what is believed to be a first-of-its-kind course in “fake news,” a phenomenon that rose to prominence during America’s 2016 election campaign and has since continued to create a “serious challenge for the future of democracies,” Levyatan says.

By first studying the erosion of traditional journalism in recent years as well as the historical methods of information-manipulators such as Nazi propagandists, and then acquiring the critical thinking skills to decode the messages emanating from today’s mainstream and alternative media, University of Haifa students who enroll in the new course will form a new generation of thought-leaders who are uniquely committed to the truth.

“Fake news has created a situation in which we can no longer believe anyone or anything, since we have no way of evaluating the credibility of the flood of information we encounter,” explains Levyatan, an expert in propaganda and psychological warfare. “People fail to appreciate that 50 percent of online traffic are bots performing various actions in the web, including the production of fake news. This does not happen for no reason, and of course there are those who benefit from this situation and want to see it continue.”

While the ongoing deterioration of news and information is rooted in fakery, Levyatan’s course is no gimmick. Indeed, the university hopes to present a real solution to the fake news phenomenon.

“Fake news is becoming exponentially more problematic as modern technology and social media enable rapid global dissemination,” said Karen Berman, CEO of the American Society of University of Haifa. “University of Haifa is a leader in the fight against this epidemic, ensuring that all will be better equipped to dissect information.”

Students taking the course will watch excerpts from the movie “1984,” which is based on George Orwell’s novel of the same name. Levyatan believes that contemporary society has already reach a place that Orwell could have never imagined.

“In ‘1984,’ the authorities control us mainly through the ‘telescreen,’ which can see what we are doing,” says the professor. “Today’s technological devices, which we use of our own free will— such as the smartphone and social networks—allow the elite to penetrate our minds.”

The good news, Levyatan says, is that students who complete his course “will be more critical about the information they absorb, have a firmer understanding of the information industry, and be better equipped to analyze and understand reality.”

About University of HaifaUniversity of Haifa is a world-class university dedicated to academic excellence and social responsibility. The University expands educational opportunities and upward mobility for all members of society, secures and stabilizes the north of the country, and serves as an example of tolerance and coexistence in Israel and the entire region.

They call me "NewsHound IV," because I'm a clever Finnegan, sniffing out stories all over the Boulder area. I love Jewish holidays because the food is GREAT, especially the brisket. Well all the food. I was a rescue pup and glad to be on the scent!
Previous Mother Sarah and ‘Me Too’ Encounters
Next J Street to Celebrate 10th Anniversary at the Boulder JCC